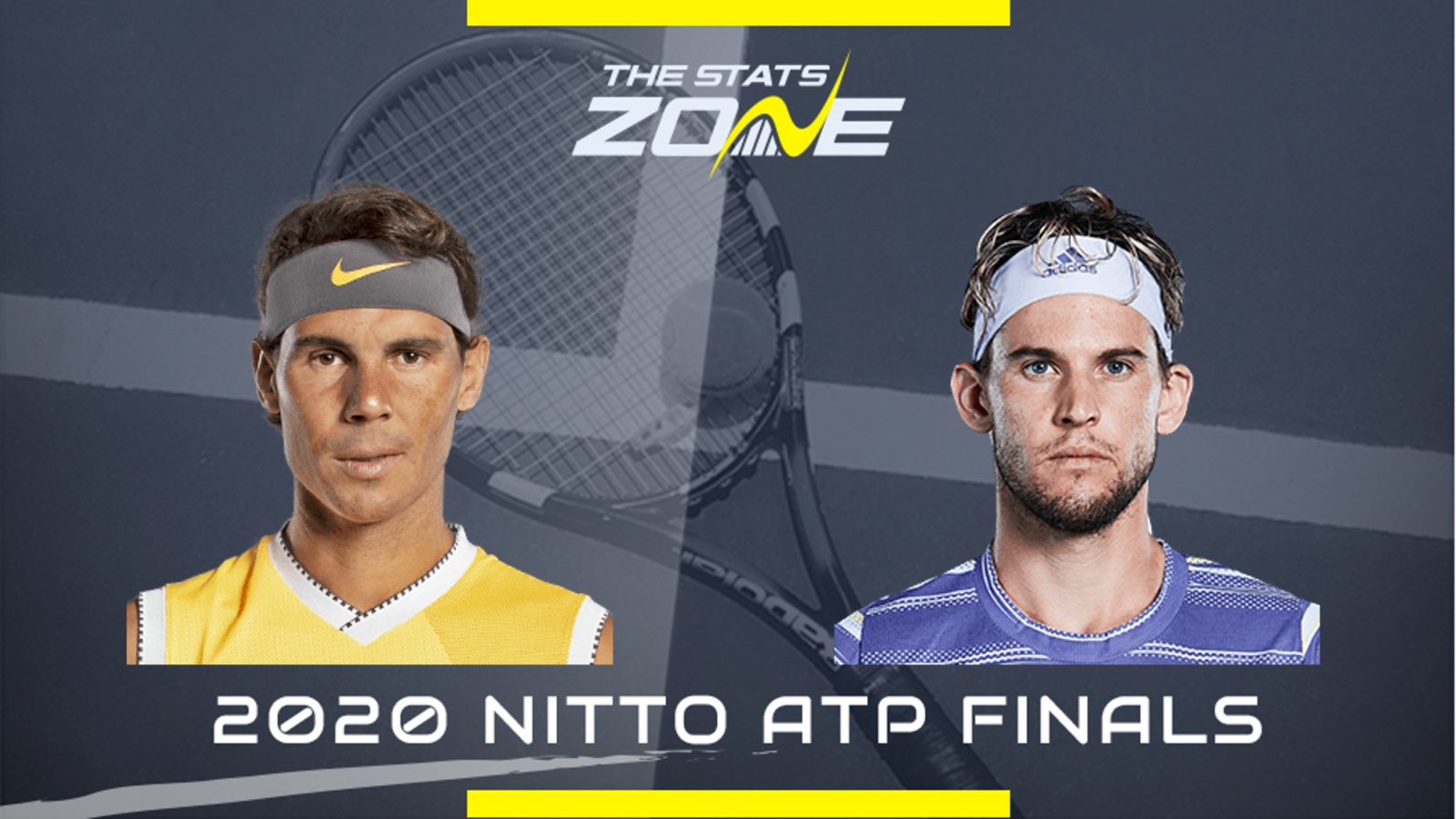 Where is Rafael Nadal vs Dominic Thiem taking place? The O2 Arena, London

What channel is Rafael Nadal vs Dominic Thiem on? BBC Two

Where can I stream Rafael Nadal vs Dominic Thiem? Amazon Prime subscribers can stream the match via Amazon Prime Video

Where can I get tickets for Rafael Nadal vs Dominic Thiem? The Nitto ATP Finals will be played without spectators

In a fixture that many come to expect as the annual tussle for the Roland-Garros title, Dominic Thiem and Rafael Nadal meet for the second time this year after their quarter-final at the Australian Open. Thiem was wonderful that day and should look to himself for the inspiration to repeat such a feat against Nadal who, apart from the obvious Novak Djokovic, has lost to Thiem as many times (5) as he has the rets of the field combined. What is clear is that this will be a fantastic match, probably the best of the round robins this week, and there is no certainty of an outcome here. Thiem will definitely fancy his chances against the Spaniard but Nadal’s display against this season’s form player Andrey Rublev has brought the result back into balance. Historically, Nadal has always repaid a defeat by Thiem with a revenge win and in that sense there will be an edge to Nadal’s performance here but the pair are tied on one win apiece on the hard surface and have never played indoors, where some of Nadal’s powers are slightly neutralised. After his three-set defeat of last year’s ATP Finals champion Thiem will be in a good place mentally and the physical problems he exhibited at the Vienna Open two weeks ago seem to be behind him. The Austrian really could win this, no upset required. In fact it seems a toss-up, by fine margins, of two sets to Nadal or three sets to Thiem but of this match is so tight there is little room for logic.
In the grand scheme, taking into account the motivation of winning here for the first time and the extra rest in his legs due to the shortened season, Rafael Nadal should be the one to come through as winner here but it will likely be perilously close and a fantastic watch.