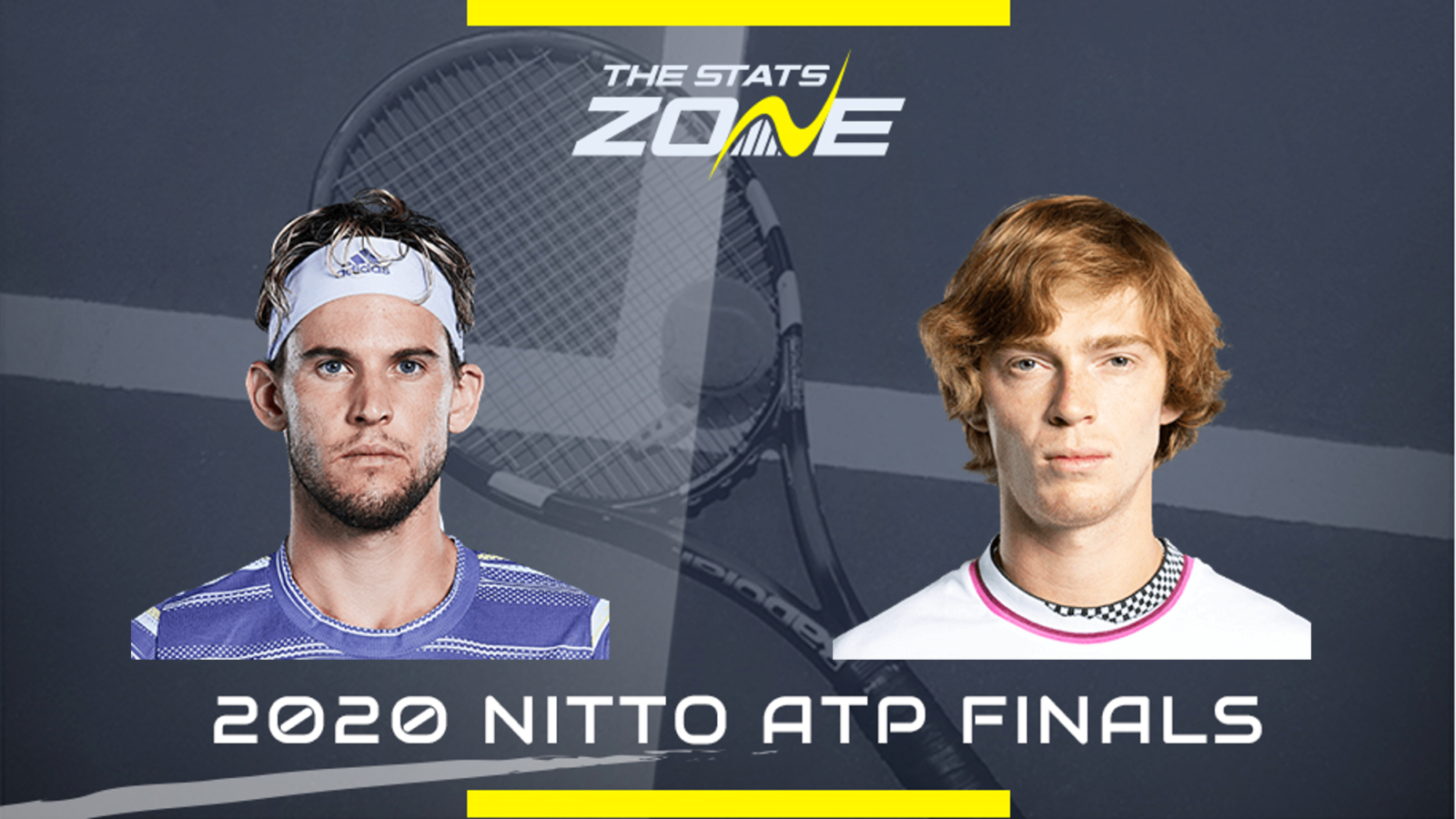 Where is Dominic Thiem vs Andrey Rublev taking place? The O2 Arena, London

What channel is Dominic Thiem vs Andrey Rublev on? BBC Two

Where can I stream Dominic Thiem vs Andrey Rublev? Amazon Prime subscribers can stream the match via Amazon Prime Video

Where can I get tickets for Dominic Thiem vs Andrey Rublev? The Nitto ATP Finals will be played without spectators

It will be interesting to see who takes the initiative in this match between already-through Dominic Thiem and already-out Andrey Rublev, with the Russian’s pride versus Thiem’s placing in the knockout phase up for grabs. 27-year-old Thiem shares a 2-2 head-to-head record with Rublev but has not beaten his younger opponent since 2018, with two straight-sets wins for the Russian since then. However, last month’s Vienna Open defeat was in part due to the ailing fitness of defending champion Thiem and the Austrian is clearly back to his best abilities. Rublev’s young petulance is one of his biggest weapons and he can rip a set from the jaws of defeat from anybody, so this match going to three, especially after a mammoth effort from Thiem to beat Nadal on Tuesday, would be a reasonable suggestion. After that, there is plenty about Rublev’s character to say that he would simply refuse to leave the ATP Finals without a victory but Dominic Thiem has to be fancied to edge past him and into the knockout phase as Group London 2020 winner.