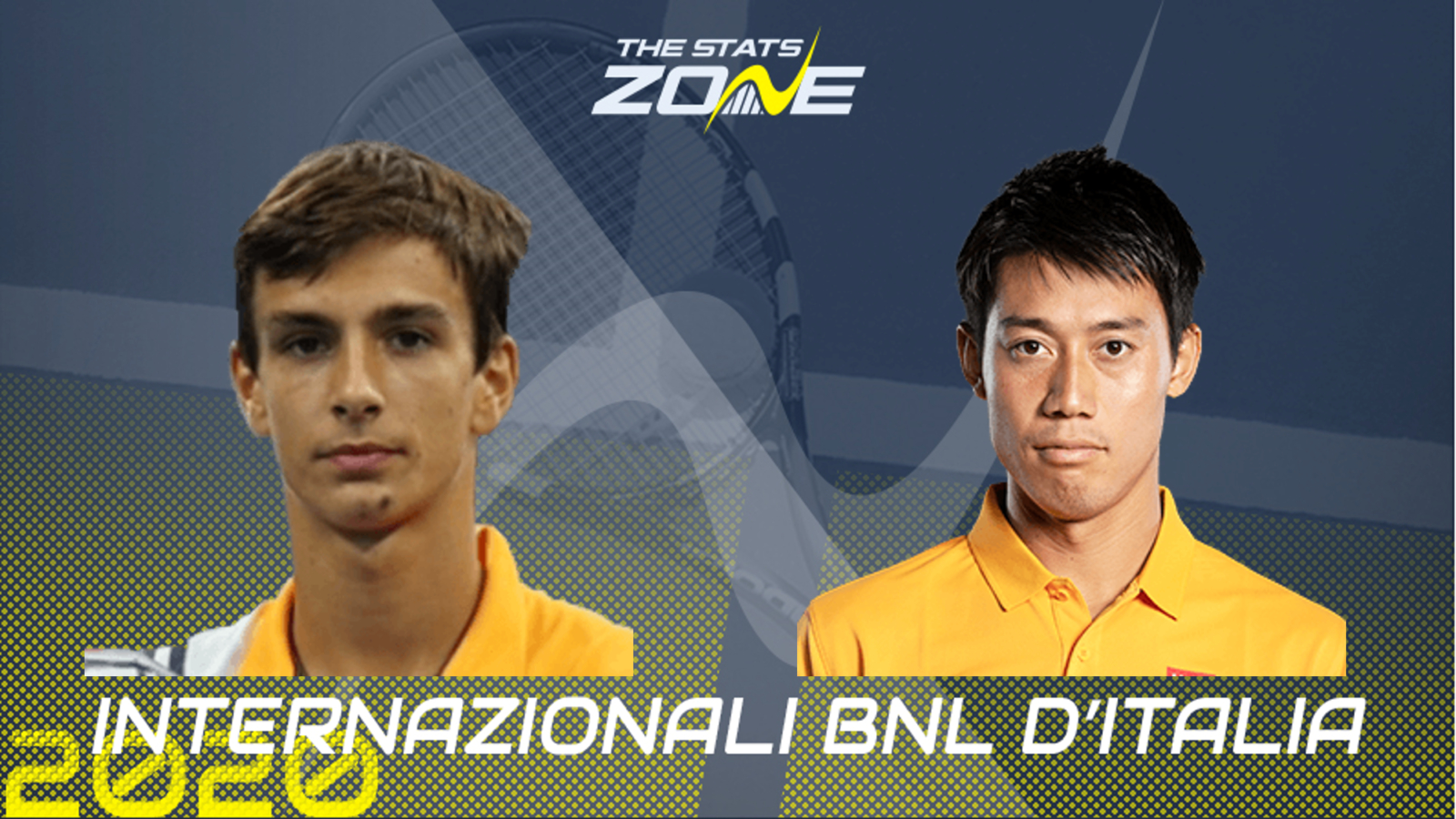 When is Lorenzo Musetti vs Kei Nishikori on and what time does it start? Thursday 17th September, 2020 (UK)

What surface is Lorenzo Musetti vs Kei Nishikori being played on? Clay

Where can I get tickets for Lorenzo Musetti vs Kei Nishikori? No tickets are available as the 2020 Italian Open will be played without spectators

What channel is Lorenzo Musetti vs Kei Nishikori on? This match will not be televised live in the UK

Where can I stream Lorenzo Musetti vs Kei Nishikori? Amazon Prime subscribers can stream the match live via their platform

18-year-old Lorenzo Musetti made history on Tuesday when he became the first player born in 2002 to win an ATP match and what made it even more special for the qualifier was that the win came against three-time Grand Slam champions Stan Wawrinka. The Italian will now look to follow that up against another big name with Japanese star Kei Nishikori now standing between him and a third-round spot. That is not against the realms of possibility as Nishikori is a long way off his best at the moment having only recently returned from elbow surgery. The former world number four did secure his first win in over a year on Monday though and that will no doubt breed confidence into him and he will only improve with each game as he finds his rhythm. This is a difficult match to call given the unique circumstances so the prediction is for this match to go to a deciding set.