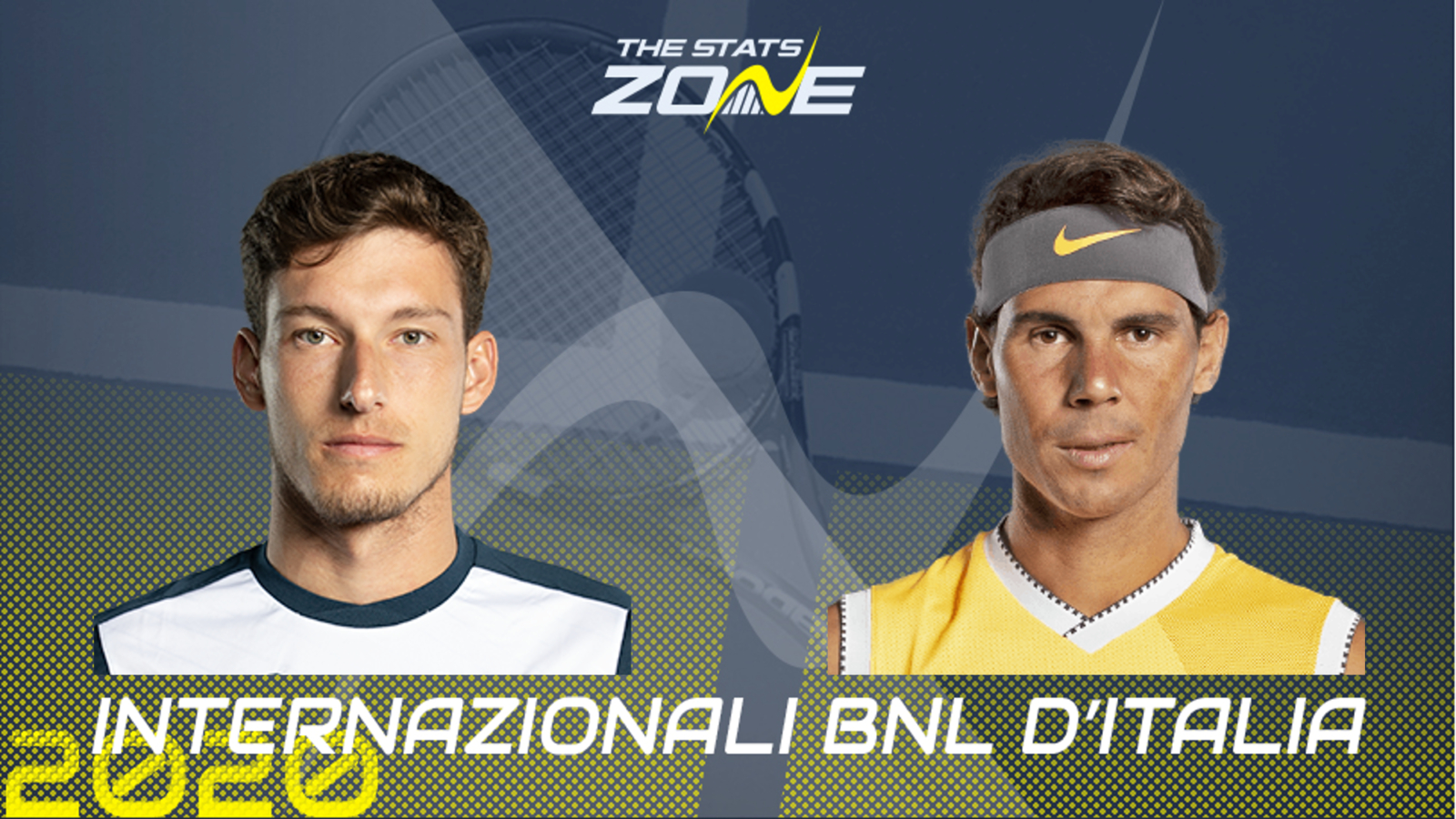 When is Pablo Carreno Busta vs Rafael Nadal on and what time does it start? Wednesday 16h September, 2020 (UK)

What surface is Pablo Carreno Busta vs Rafael Nadal being played on? Clay

Where can I get tickets for Pablo Carreno Busta vs Rafael Nadal? No tickets are available as the 2020 Italian Open will be played without spectators

What channel is Pablo Carreno Busta vs Rafael Nadal on? This match will not be televised live in the UK

Where can I stream Pablo Carreno Busta vs Rafael Nadal? Amazon Prime subscribers can stream the match live via their platform

Nine-time Italian Open champion Rafael Nadal makes his return to the tour after over six months of inactivity and this tournament marks the beginning of his preparations for yet another French Open title. He has been handed one of the toughest draws possible as Pablo Carreno Busta is currently playing some of the best tennis of his career. The Spaniard reached his first ever Grand Slam semi-final last week and was two sets to love up against Sascha Zverev before being pegged back so he was in touching distance of the final in New York. The quick transition to clay will test him of course but he generally performs well on this surface and shouldn’t take too long to find his rhythm. All eyes will be on Nadal though and the fate of this match really depends on how sharp he is from the get go. It’s quite possible that some rustiness will see him lose the first set, but he should find his range with his heavy topspin forehand and Carreno Busta will find that difficult to cope with. A three-set victory for the darling of clay is the prediction here.