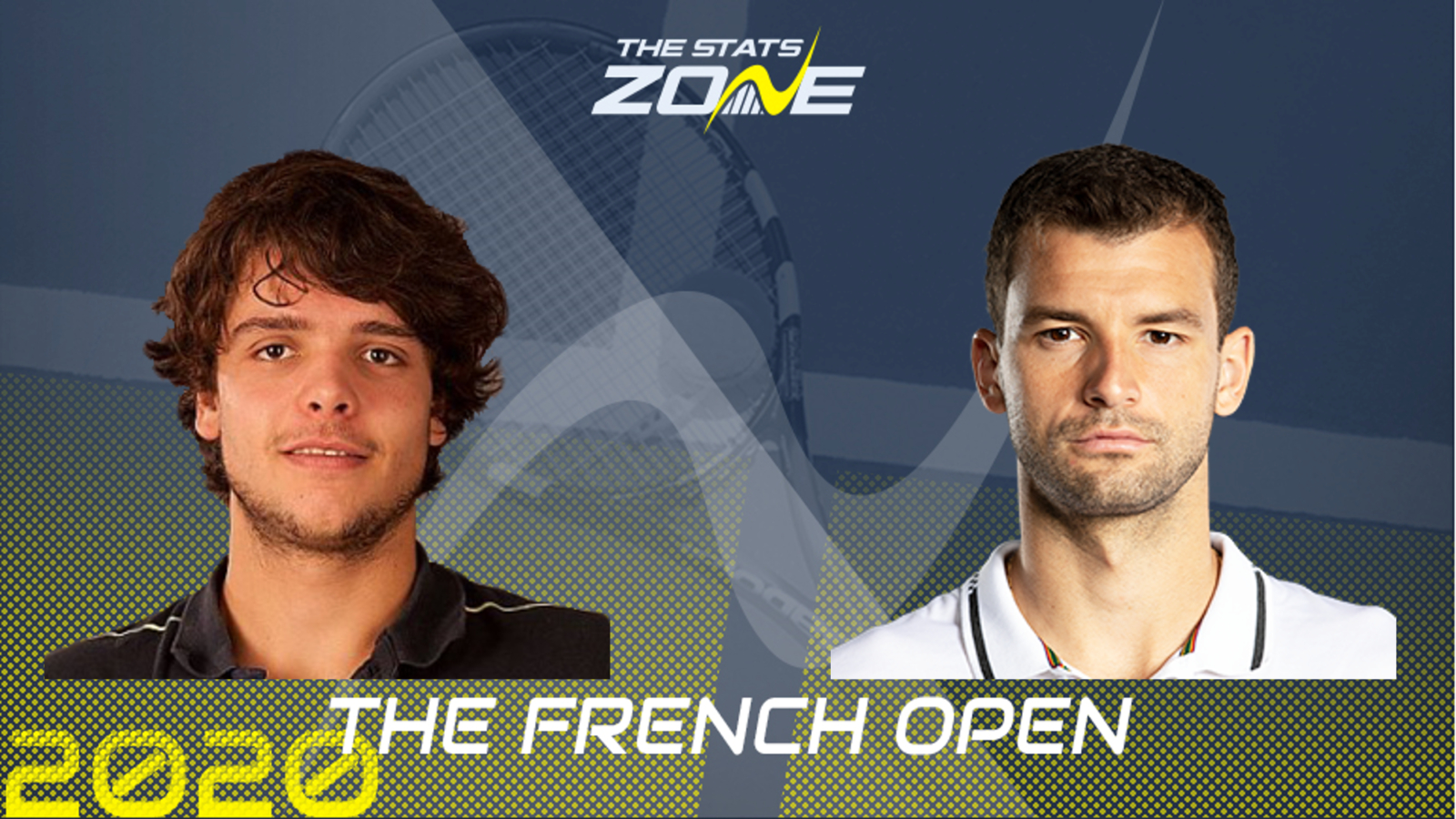 When is Gregoire Barrere vs Grigor Dimitrov on and what time does it start? Tuesday 29th September, 2020 – not before 14:30 (UK)

What surface is Gregoire Barrere vs Grigor Dimitrov being played on? Clay

Where can I get tickets for Gregoire Barrere vs Grigor Dimitrov? A reduced number of spectators can attend one of the three main courts and tickets can be found here

What channel is Gregoire Barrere vs Grigor Dimitrov on? Both ITV and Eurosport will be showing live coverage of the French Open so it is worth checking their schedules

Statistically, the French Open is Dimitrov’s weakest Grand Slam as he has never gone beyond the third round in Paris but a run to the quarter-finals of the recent Italian Open will have given the Bulgarian some hope that he can enjoy greater success this time around. His first obstacle is that of Frenchman Gregoire Barrere, who will have fond memories of beating Dimitrov in Montpellier earlier this year on the Bulgarian’s preferred hard courts. That loss will no doubt feature in Dimitrov’s mind but he should have the experience and knowhow to avenge that defeat. Barrere can’t be underestimated and could easily nick a set here, but we’re tipping the 18th-seed to progress to the second round.