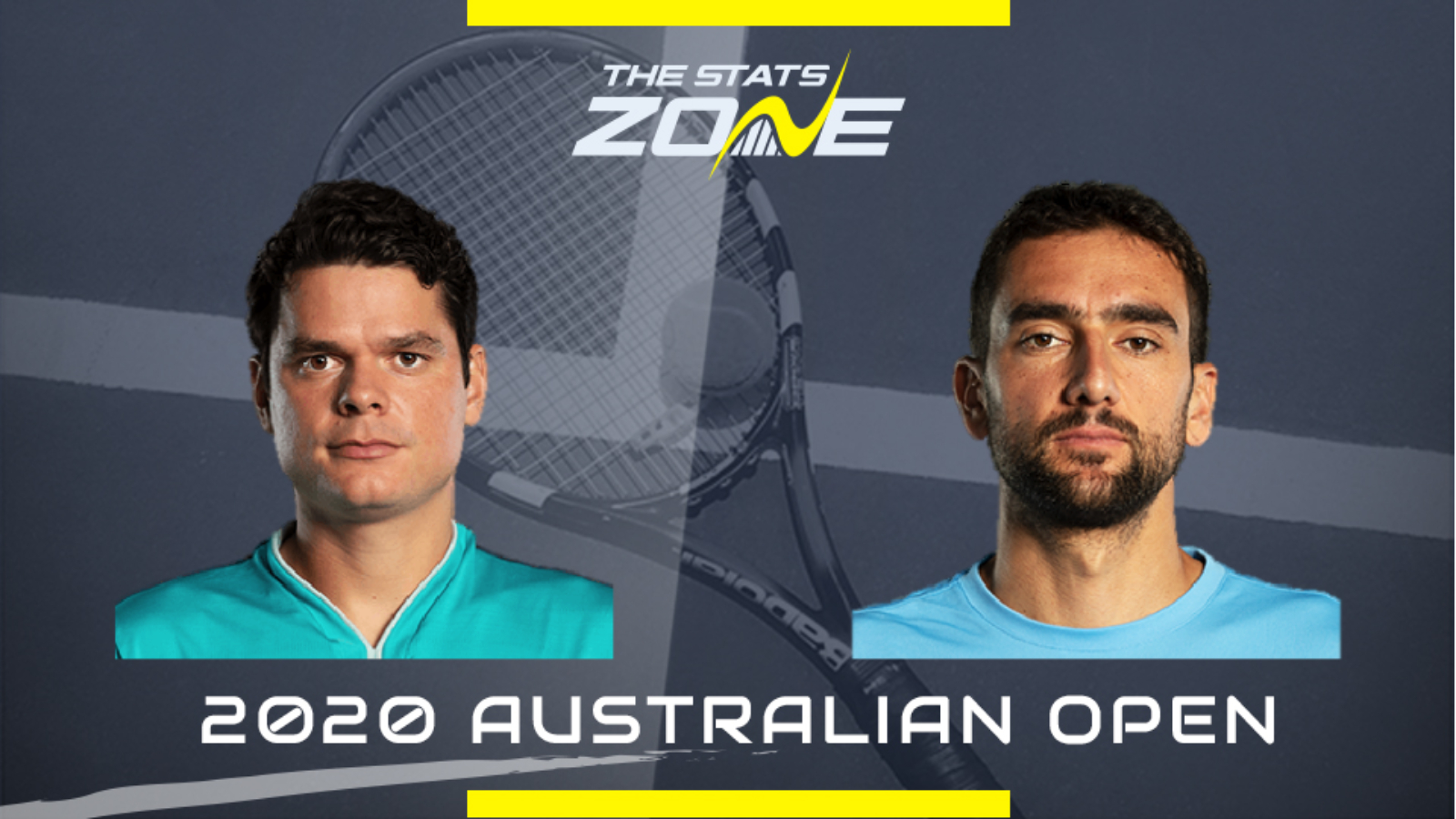 What is the expected weather for Milos Raonic vs Marin Cilic? Cloudy, 23c

What channel is Milos Raonic vs Marin Cilic on? The 2020 Australian Open will be televised on Eurosport so it is worth checking their schedule for this specific match

Where can I stream Milos Raonic vs Marin Cilic in the UK? Sky customers can stream this match on the Sky Go app. Alternatively, the match can be streamed to subscribers of Eurosport Player, either on the official website or as an add-on to an Amazon Prime subscription

Where can I get tickets for Milos Raonic vs Marin Cilic? Click here to reach the official 2020 Australian Open ticket selection

The speed of service games in this match should be telling between these two big-servers but both Milos Roanic and Marin Cilic are more than just their ace-making. They have not faced each other for some time and while neither are in their prime they were both excellent in their dismissal of top seeds Roberto Bautista Agut and Stefanos Tsitsipas. This match looks destined for tiebreaks and more than just the three sets, but based on the assured nature of his straight-sets win over Tsitsipas this should be Raonic’s match to claim.