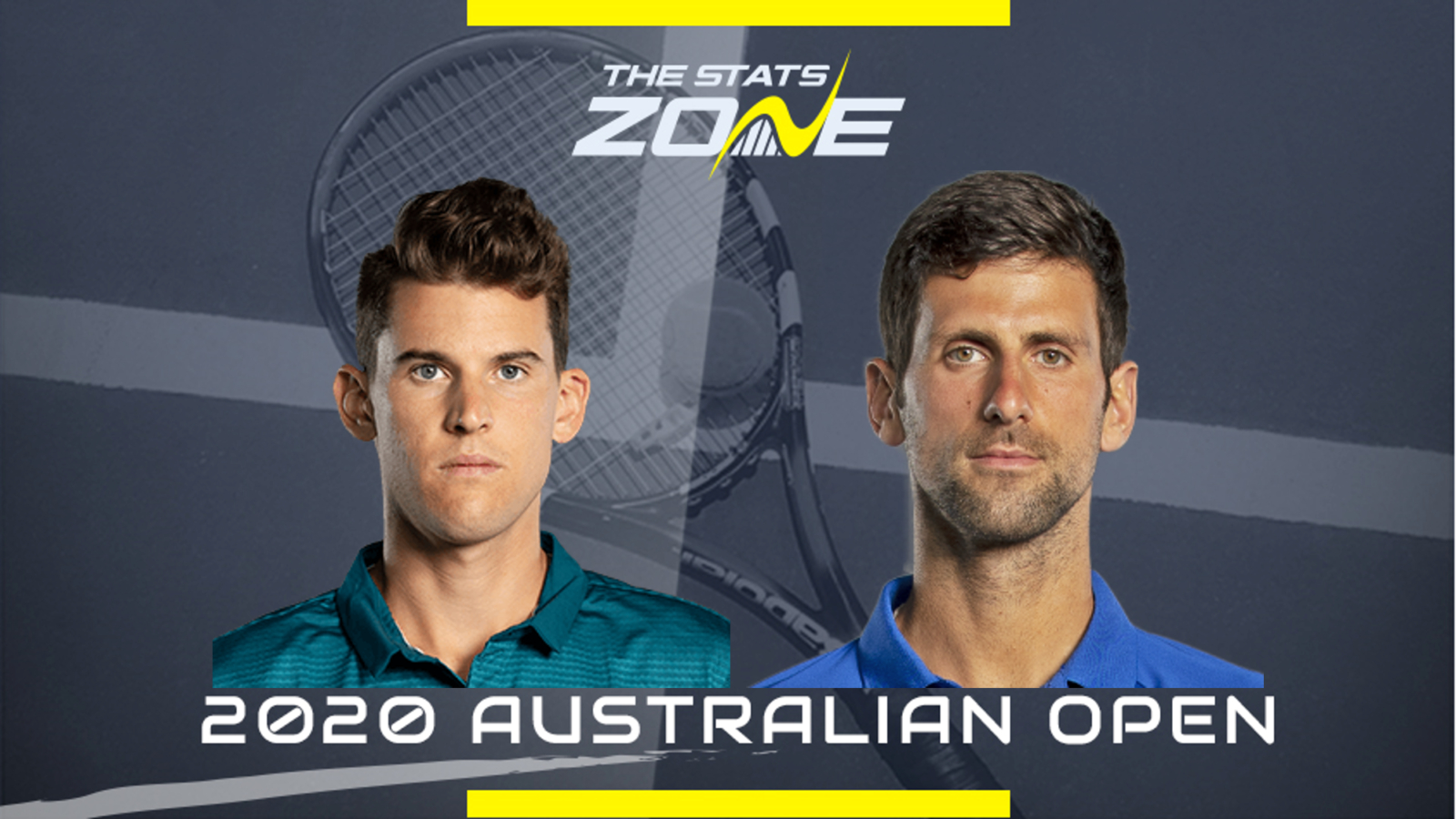 What is the expected weather for Dominic Thiem vs Novak Djokovic? Cloudy, 20c

What channel is Dominic Thiem vs Novak Djokovic on? The 2020 Australian Open will be televised on Eurosport so it is worth checking their schedule for this specific match

Where can I stream Dominic Thiem vs Novak Djokovic in the UK? Sky customers can stream this match on the Sky Go app. Alternatively, the match can be streamed to subscribers of Eurosport Player, either on the official website or as an add-on to an Amazon Prime subscription

Where can I get tickets for Dominic Thiem vs Novak Djokovic? Click here to reach the official 2020 Australian Open ticket selection

The last match played between Novak Djokovic and Dominic Thiem was on a hard court at the ATP Finals last year where Thiem came back from a set down to win, notably, his first hard-court match against Djokovic. Things will not be the same at this arena for many reasons, not least that the 'top 3' tend to have far less in the tank at the season-end tournament in London than the younger players, but also because this is Djokovic’s arena. The seven-time Australian Open champion has tasted more success here than anywhere else in his career and will be confident of extending his record to eight, with one eye on establishing himself here in the same way Rafael Nadal is the undisputed king of Roland-Garros.

Dominic Thiem will need to squeeze every ounce of rest from his Saturday in Melbourne, with two mammoth matches in his legs in those amazing victories over Nadal and Zverev, the former of which might have been his best ever performance. The fifth seed has spent around six hours longer on court than Djokovic, and that started to show in his semi-final against Zverev. He will need to start at full pelt to challenge Djokovic in a way that no one has managed yet at this tournament, but the Serb will not panic if he loses a set here. If this were a three-set encounter, there would be a real chance of this superb version of Dominic Thiem winning his first Grand Slam title, but over five sets and with his elite experience, Djokovic can weather a storm to win his eighth title.