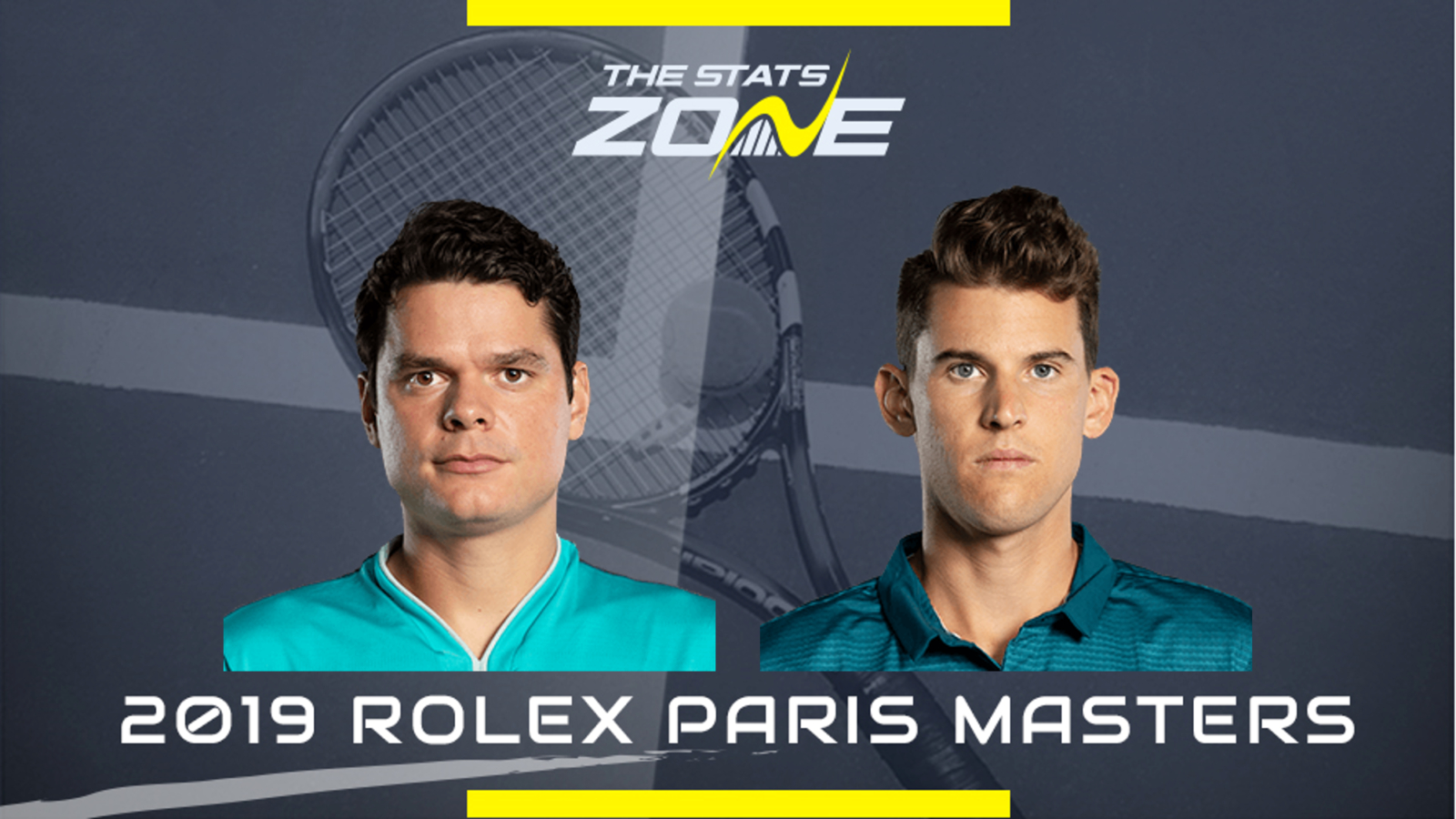 When is Milos Raonic vs Dominic Thiem on and what time does it start? Tuesday 29th October, 2019 - TBC

What channel is Milos Raonic vs Dominic Thiem on? This match will not be televised live in the UK

Where can I stream Milos Raonic vs Dominic Thiem? Amazon Prime subscribers can stream the match live via their platform

Where can I get tickets for Milos Raonic vs Dominic Thiem? https://www.rolexparismasters.com/uk#block-generic-core-catalogue

Dominic Thiem is no doubt the favourite to win this match here but usually caution should be shown with the Austrian in the early stages of these kinds of tournaments. Thiem has a tendency for complacency in these early rounds, or at least something that stops him from playing his best tennis until it is too late. Milos Raonic’s match against Cameron Norrie was quick and clinical, and he will fancy his chances against Thiem here. With that in mind, the Austrian just about shades the result, but it may well take a comeback win if the Canadian shoots into the lead.