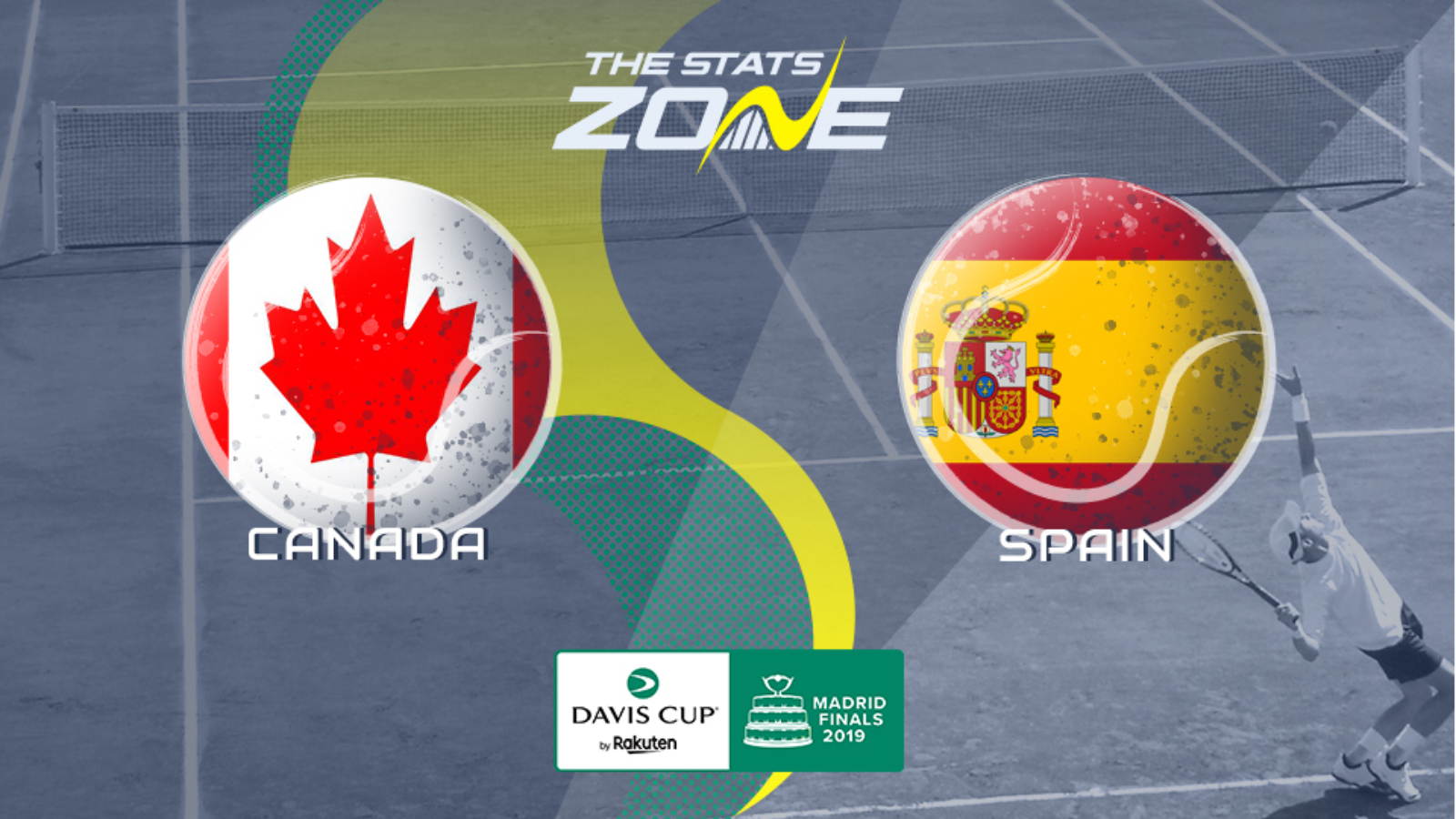 Where is Canada vs Spain taking place? Caja Magica, Madrid

What channel is Canada vs Spain on? Eurosport have the rights to show Davis Cup Finals matches in the UK, and you can find out which are televised here

Where can I stream Canada vs Spain? Eurosport Player subscribers can stream televised matches live

Where can I get tickets for Canada vs Spain? https://www.daviscupfinals.com/ticketing/

Canada won the battle of the duos when they took the deciding set of the deciding match against Russia to reach their first ever Davis Cup final. Vasek Pospisil and Denis Shapovalov took the first set against Karen Khachanov and Andrey Rublev before being pegged back and it took a tiebreak to settle the score in the third set. Earlier, Vasek Pospisil had lost his first singles match of the tournament to Rublev, before Denis Shapovalov levelled things up with a three-set win over Khachanov. With both teams fielding just two players all tournament they were truly tested physically in their all-important doubles match but they will have the slight edge in fatigue over their opponents Spain as they finished their tie over six hours earlier than the hosts.

Spain won a passionate and closely-fought semi-final tie with Great Britain with a straight-sets doubles win from Rafael Nadal and Feliciano Lopez over Jamie Murray and Neal Skupski. It was a match won on the smallest of details, and the Spanish pair overall were arguably the worse team, but Nadal’s star quality was clear for all to see and in the end Feliciano Lopez served an ace under pressure to win the second of two tiebreaks. Earlier on Saturday Lopez had stepped in at the last minute for Pablo Carreno Busta and lost in straight sets to Kyle Edmund, before Nadal took the tie into the deciding doubles with a powerful win over Dan Evans. Roberto Bautista Agut re-joined the team after the sad news of the passing of his father, and it remains to be seen if he will play some part in the final here.

It is unclear as to which of Roberto Bautista Agut, Pablo Carreno Busta or Feliciano Lopez that Vasek Pospisil will face in the first match of this Grand Final but it is a must-win for the Canadians with Rafa Nadal waiting for Denis Shapovalov afterwards. Pospisil has played some of his best tennis this week in Madrid and will be a tough match for any of them, with the likelihood that it will be 38-year-old Lopez unless Bautista Agut feels he is capable of performing. If the world number nine takes to the court, there will be an outpour of emotion towards him, and he could be the difference maker in this tie after returning to the squad. With Carreno Busta’s leg injury making him a doubt, it seems that the decision between Lopez, who must be extremely tired after the semi-final, or Bautista Agut could make or break this final.

On current form Vasek Pospisil should beat Lopez, and Carreno Busta, but Bautista Agut’s potential call-up could negate the need for the doubles match if he can take an early lead for Spain. This is because Spain have Rafael Nadal. The world number one is yet to drop a set in his singles matches and lost just the one in the doubles against Argentina with Marcel Granollers. His star quality is the difference between these two teams and, although we have seen some amazing team performances at the Davis Cup this week, his individual brilliance has outshone them all. Spain should lift the famous trophy for a sixth time.