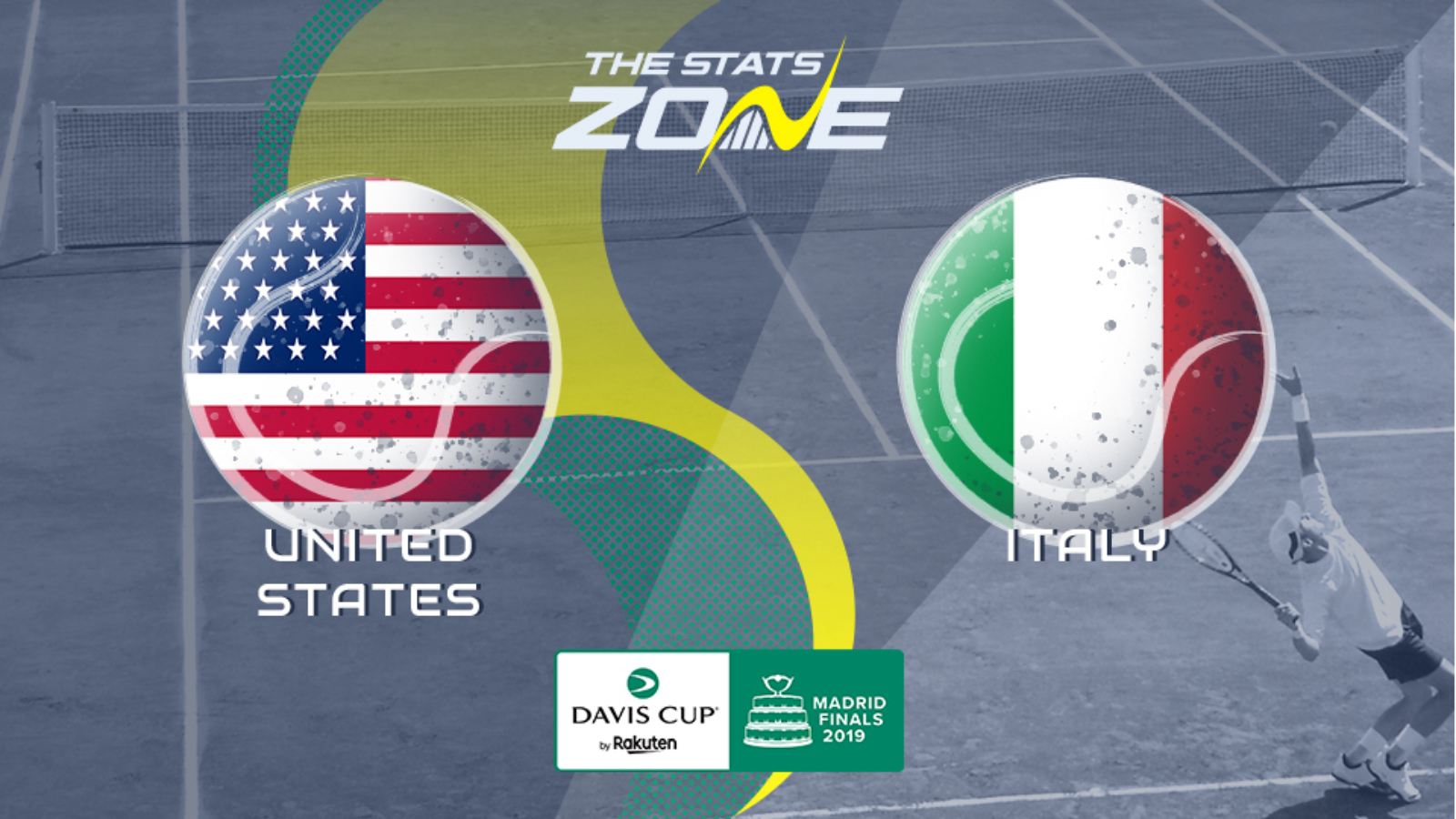 Where is USA vs Italy taking place? Caja Magica, Madrid

What channel is USA vs Italy on? Eurosport have the rights to show Davis Cup Finals matches in the UK, and you can find out which are televised here

Where can I stream USA vs Italy? Eurosport Player subscribers can stream televised matches live

Where can I get tickets for USA vs Italy? https://www.daviscupfinals.com/ticketing/

USA lost their first Davis Cup tie to Canada after Taylor Fritz lost to an in-form Denis Shapovalov in a well-contested match and Reilly Opelka lost the second to two tiebreaks against Vasek Pospisil. The Americans did not leave with nothing, though, as the Canadians forfeited their doubles match having already qualified for the quarter-finals. This sees the USA lose by 2-1, which could be all important in this showdown with Italy as both teams will be aiming to win by 3-0 to claim enough points to come through as one of the best runners-up.

World number eight Matteo Berrettini and world number 12 Fabio Fognini became the first victims to an exciting Canadian Davis Cup team as they both lost their singles matches. While Berrettini’s loss to an in-form Denis Shapovalov, who looks to be gaining a level in this late part of the season, was understandable, Fognini’s loss to Pospisil was much more of a shock. The pair did manage to combine their efforts to claim the consolation doubles win, but they must desperately improve to have a chance of progressing as (winner or best runner-up) with a comprehensive display over the USA.

This should be a tense and exciting match-up between two teams who must go all out to accrue enough wins to come through as a runner-up. While Canada are the worthy Group F winners, all three of these teams deserve to be in the last eight. Matteo Berrettini and Fabio Fognini should be confident in their ability here to beat their respective opponents, with Berrettini especially having something to prove here against Taylor Fritz, while Reilly Opelka might be a tougher match for Fognini. The big-serving American could take this to a deciding doubles match, where the USA might draw on their Davis Cup pedigree to come up with a shock.