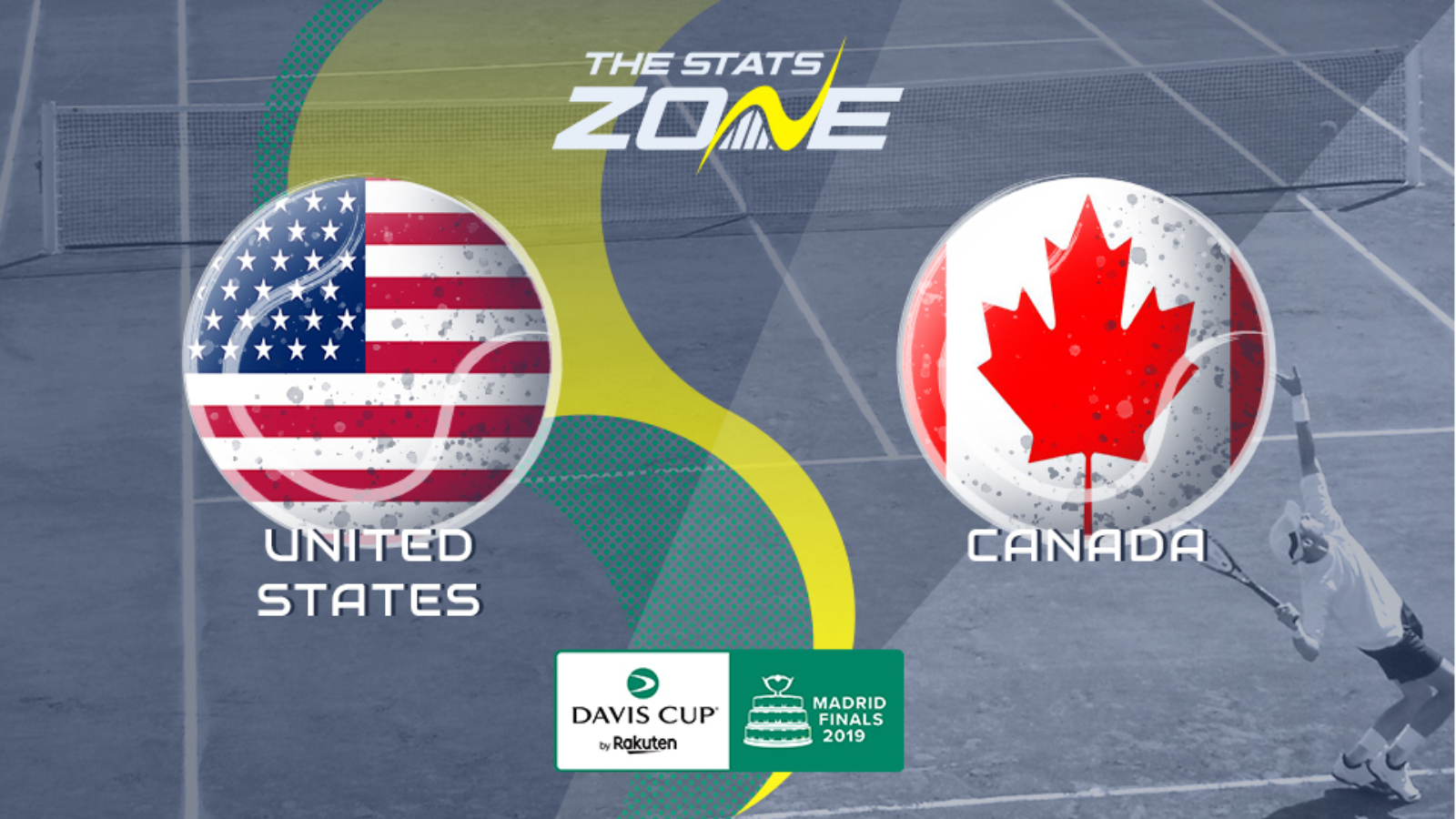 Where is USA vs Canada taking place? Caja Magica, Madrid

What channel is USA vs Canada on? Eurosport have the rights to show Davis Cup Finals matches in the UK, and you can find out which are televised here

Where can I stream USA vs Canada? Eurosport Player subscribers can stream televised matches live

Where can I get tickets for USA vs Canada? https://www.daviscupfinals.com/ticketing/

The US Davis Cup team has a deep and illustrious history and no nation has won it more times, with 2007’s victory their 32nd in total. The Us have also finished as runner-up a staggering 29 times, and after over 10 years of relative apathy, there is a new and vastly exciting young team at these finals in Madrid. 31-year-old Sam Querrey is an old head here, playing in his ninth Davis Cup campaign, and he is joined by Frances Tiafoe, Taylor Fritz and Reilly Opelka – all of whom have had a breakthrough season this year.

For the first time in a long time, the US team is not a who’s who of big-serving players, with Tiafoe and Fritz bringing the squad a different dimension, although Opelka, Sock and of course Querrey are excellent examples of the American stereotype. Jack Sock is an excellent doubles player and could be pivotal in a tight situation at some point this week.

This Canada team is incredibly strong, with two top 30 players in Denis Shapovalov (15) and Felix Auger-Aliassime (21) and the experienced Milos Raonic not far behind them in 31st place, while Vasek Pospisll is on his way back from injury and realistically a top 50 player himself.

Picking a doubles team from this crop of players will be tough, and any pair could be a maverick one, but the Canadians otherwise have very few weaknesses here, especially on an indoor hard court where Shapovalov has looked so excellent recently. With the USA missing their talisman John Isner, the top three Canadians are ranked higher than any of the Americans, and that edge should show throughout their group match.

It is testament to the vast amount of brilliant youth coming through for both nations that this US team is the second-most exciting group of players to come from North America. Canada are many people’s favourites for the title here in Madrid, and this first group match against the USA is the perfect place to set out that very stall. Every potential match-up between the individuals of these teams holds its own weight, with Felix Auger-Aliassime perhaps the pick of the bunch overall, and Taylor Fritz a rather unpredictable prospect, but Denis Shapovalov has been on fire in the late season and could be the difference-maker in a close Canadian win.