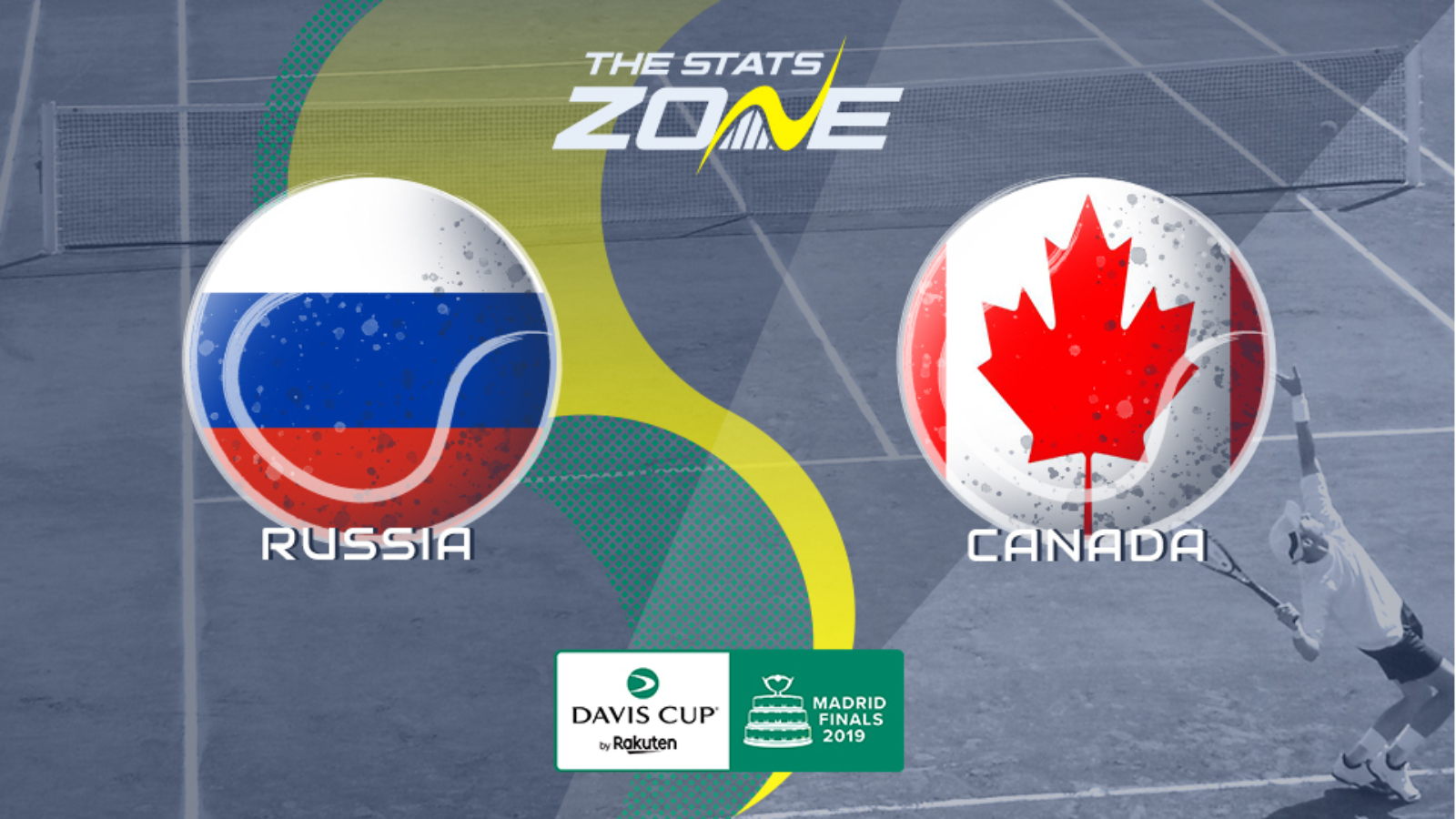 Where is Russia vs Canada taking place? Caja Magica, Madrid

What channel is Russia vs Canada on? Eurosport have the rights to show Davis Cup Finals matches in the UK, and you can find out which are televised here

Where can I stream Russia vs Canada? Eurosport Player subscribers can stream televised matches live

Where can I get tickets for Russia vs Canada? https://www.daviscupfinals.com/ticketing/

Russia played out an intense quarter-final with Serbia on Friday that went to a blockbuster deciding doubles match where they overcame the untested Serbian pair of Viktor Troicki and Novak Djokovic to win 2-1. Andrey Rublev won his third match this tournament, comfortably this time in straight-sets over young Serb Filip Krajinovic to take the lead, before Karen Khachanov did his best but ultimately fell to Novak Djokovic. With the deciding doubles taking just under three hours to conclude, there is a short turnaround for this semi-final with Canada that could cost the Russian pair. They have played all singles and doubles matches for Russia so far.

Canada will have the benefit of an extra day’s rest as they completed their 2-1 win over Australia on Thursday night. Vasek Pospisil proved the doubters wrong once again as he came through against John Millman in straight sets, although he was rather lucky to have not been playing Nick Kyrgios. Denis Shapovalov lost the battle of the youngsters as Alex de Minaur came back from a set down to win their rubber, which put all the pressure on the Canadian pair to win their doubles decider. Pospisil and Shapovalov are looking better together with every tie, and put away Jordan Thompson and John Peers in straight sets to reach the semi-final. It is unclear if Felix Auger-Aliassime will feature here or at all at the Davis Cup, with some reports suggesting he is fit. It might be wiser to keep the deadly pair of Pospisil and Shapovalov together.

Both of these teams have been relying solely on just two players at this Davis Cup tournament and so while they have a similar amount of match-time in their legs, this tie should throw into sharp focus the lack of preparation time afforded to Russia, who will have had less than 18 hours rest between their gruelling doubles match with Serbia and Vasek Pospisil’s first match against Andrey Rublev.

That match in itself will be a fantastic watch with very little separating the two, perhaps even fatigue settling it, although at a push it should fall the way of the Russian team. Karen Khachanov lost to Novak Djokovic on Friday and although Shapovalov is less of a challenge, the Canadian is in blistering form. It is the doubles match where the lean of this tie may lie, and the format of the Davis Cup will be called into question if Rublev and Khachanov struggle to make it through three sets there. Both of these teams have been special this week, and this could go either way, but the Canadians’ extra day of rest cannot be ignored.