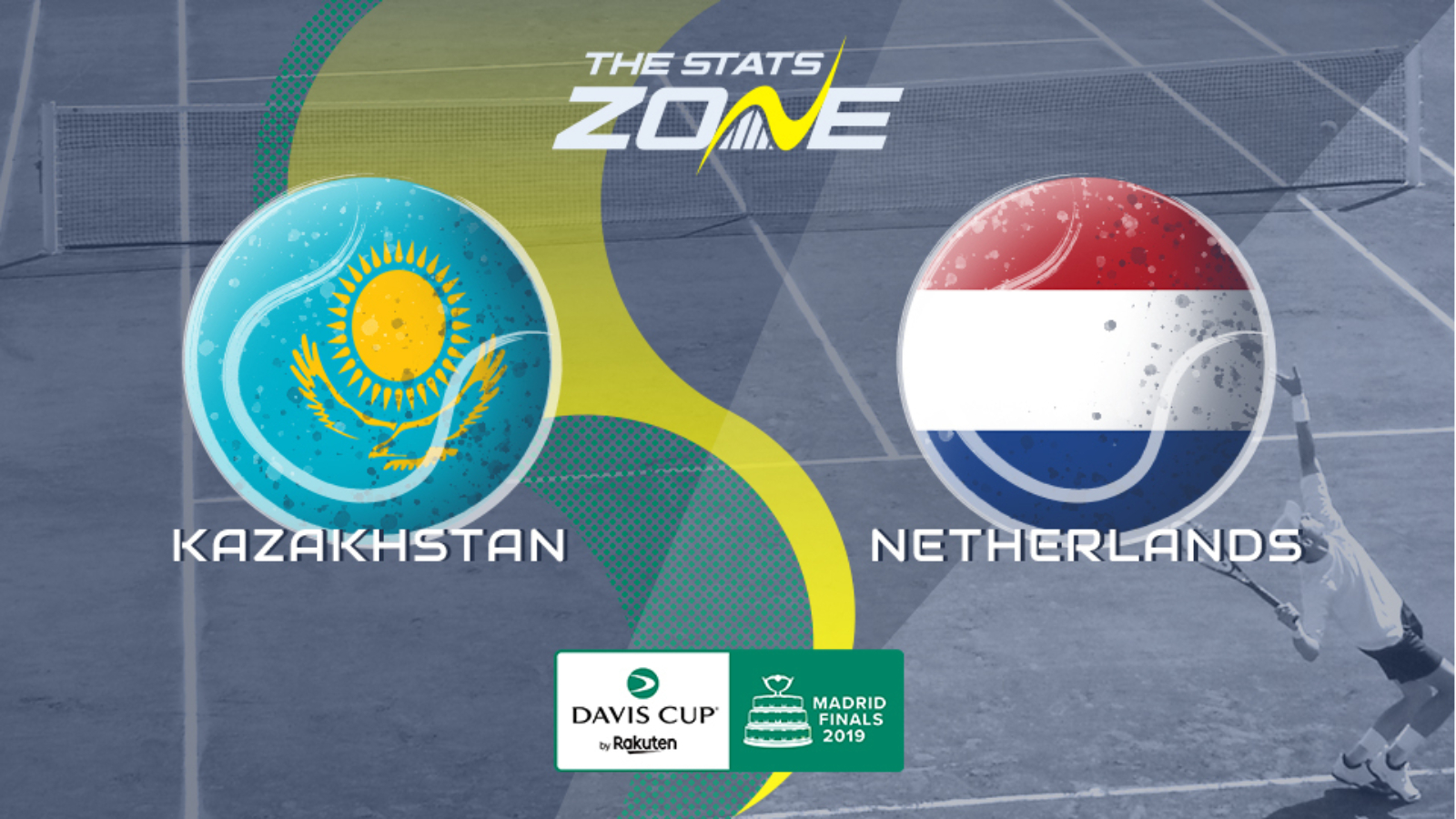 Where is Kazakhstan vs Netherlands taking place? Caja Magica, Madrid

What channel is Kazakhstan vs Netherlands on? Eurosport have the rights to show Davis Cup Finals matches in the UK, and you can find out which are televised here

Where can I stream Kazakhstan vs Netherlands? Eurosport Player subscribers can stream televised matches live

Where can I get tickets for Kazakhstan vs Netherlands? https://www.daviscupfinals.com/ticketing/

World number 57 Alexander Bublik will have plenty of responsibility resting on his young shoulders but the 2019 form of 31-year-old Mikhail Kukushkin makes this Kazakhstan team look nicely well-rounded. While their doubles team of Nedovyesov and Golubev have been playing Challenger events for most of the year, they are an established team in themselves and can help out if their time comes. Bublik, though, is an exciting singles player in his own right and just lost out to Pablo Carreno Busta at the Chengdu Open where he beat Grigor Dimitrov and Taylor Fritz along the way.

It would take a dedicated tennis fan to name any other male Dutch player than Robin Haase, but the 32-year-old does not have much to show for 2019, nor his country’s chances at these Davis Cup Finals. The world number 163 has not played a tour-level singles match since a US Open first-round loss to Diego Schwartzman, though he is a handy doubles player and could well feature in a partnership with Wesley Koolhof if required.

While there is not a lot of star quality between these two sides there is one stand out young player with genuine potential in Kazakhstan’s Alexander Bublik, and his compatriot Mikhail Kukushkin has been excellent in places this year, not least his round of 16 placing at Wimbledon. The Kazakhs could be a lot of fun in the group stages, while the Netherlands are probably in for quite a rough ride. The Dutch will fancy themselves in any doubles match, though, and can thrive in that one match.