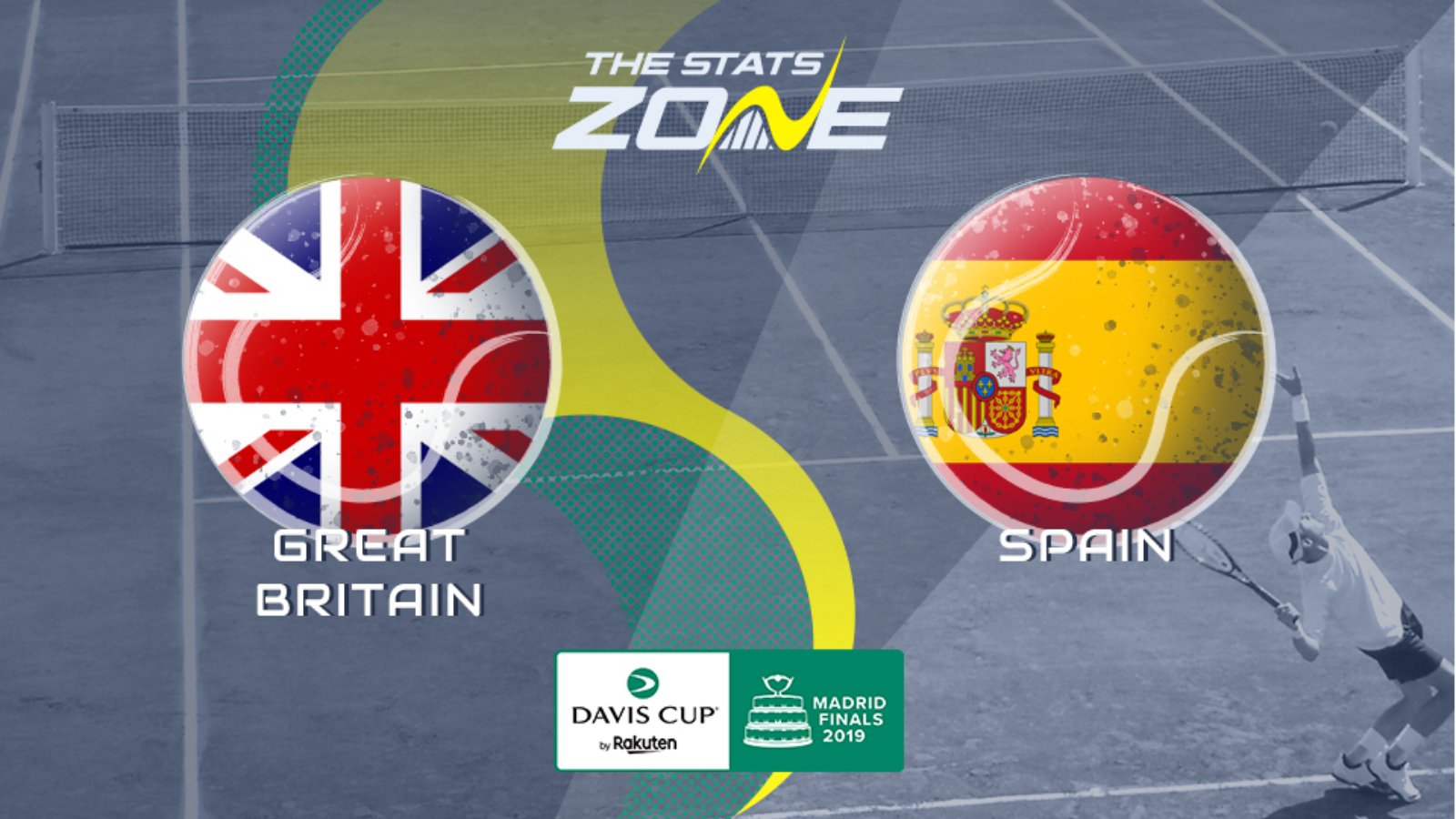 What channel is Great Britain vs Spain on? Eurosport have the rights to show Davis Cup Finals matches in the UK, and you can find out which are televised here

Where can I stream Great Britain vs Spain? Eurosport Player subscribers can stream televised matches live

Where can I get tickets for Great Britain vs Spain? https://www.daviscupfinals.com/ticketing/

Great Britain pulled off an excellent quarter-final result over Germany to go through to the semi-finals without even playing their doubles match. Kyle Edmund has been the surprise package for the Brits as he has assuredly taken the responsibility from Andy Murray as the second nomination to win his two matches in Madrid in straight sets, this time over Philipp Kohlschreiber. Edmund’s form has taken the pressure off of Dan Evans, who for the third straight match took the first set before being forced into a decider once again.

This time he prevailed after two previous defeats, with one of his best performances for Great Britain against a powerful opponent in Jan-Lennard Struff. Jamie Murray and Neal Skupski would have had a tough task in beating the German pair of Krawietz and Mies, so an extra rest day for them is more than ideal.

Argentina’s Guido Pella was a thorn in Spain’s side in their first match of the quarter-final, and managed to fight back handily against Pablo Carreno Busta after the Spaniard had come in for Roberto Bautista Agut and took the first set. That left Rafael Nadal with more to do, but he beat Diego Schwartzman in a straightforward 6-1, 6-2 to level things up and Nadal is yet to be truly challenged yet at these finals.

Marcel Granollers was called upon once again to claim the tie for Spain, but instead of 38-year-old Feliciano Lopez, the Spanish home crowd were treated to a second showing of Rafael Nadal, just a few hours after Novak Djokovic lost in Serbia’s doubles match. Despite a spirited performance from the Argentinians, Nadal and Granollers were too strong and came through in three sets.

With both of these nations playing their quarter-finals at the same time on Friday evening, there will be nowhere to hide and no excuse of fatigue. Even though Rafael Nadal played in two matches last night, his singles match was so commanding that he will have plenty in the tank for today. Whomever he faces from Great Britain is almost definitely going to lose, with any of Kyle Edmund, Dan Evans or Andy Murray unlikely to cause the world number one too much trouble. Pablo Carreno Busta is the weak link in this Spanish team, and one of Kyle Edmund or Andy Murray can beat him to take this to a decider.

However, this Spanish team have Nadal available to their doubles team, and a home crowd cheering them on. We could see the Murray brothers in the doubles, which would make it a box office encounter indeed, but that would be unfair to Neal Skupski who has been excellent at this tournament. Ultimately, Spain have more than Great Britain and should come through to the Grand Final, but this will be their toughest tie yet.