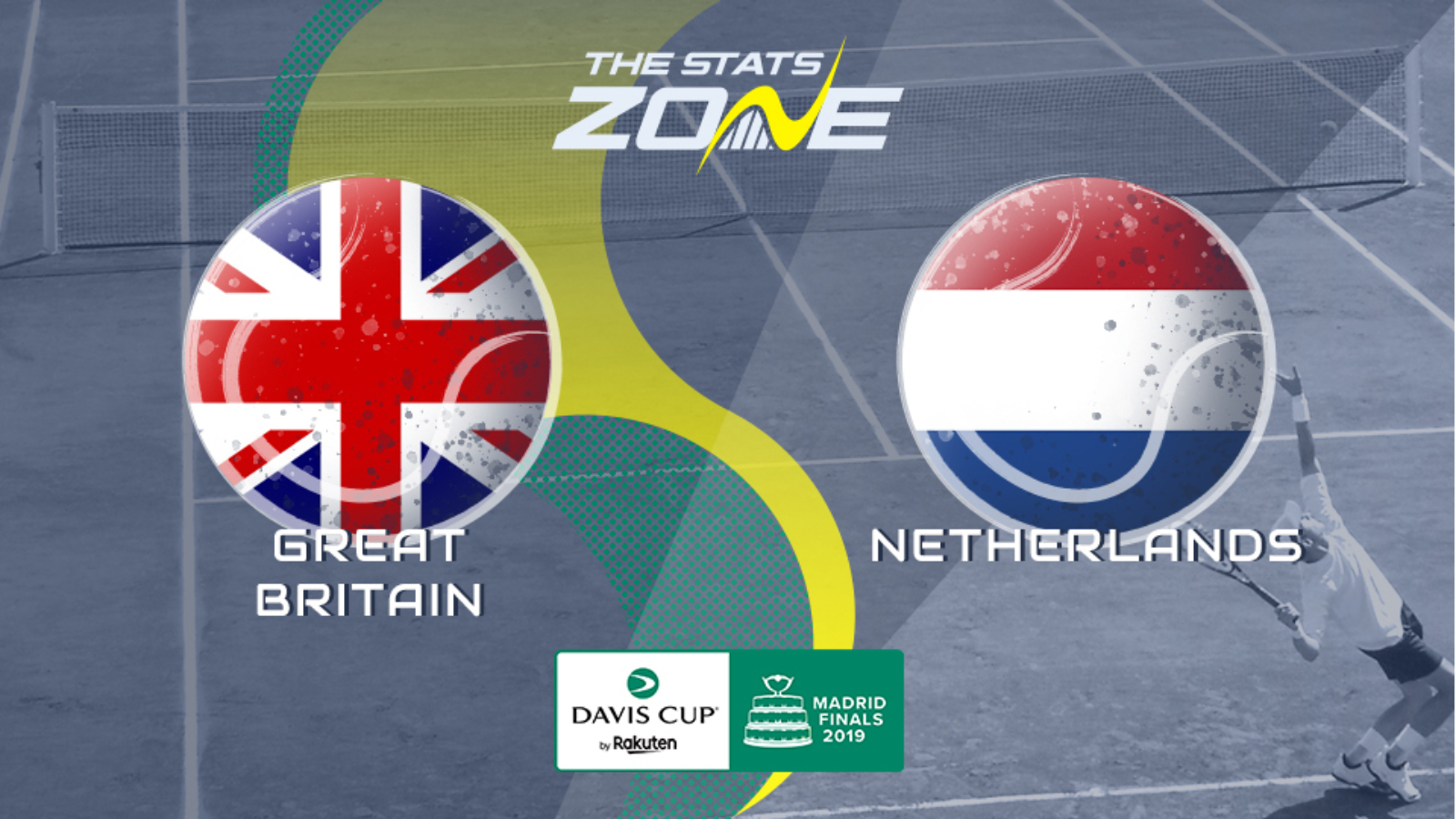 What channel is Great Britain vs Netherlands on? Eurosport have the rights to show Davis Cup Finals matches in the UK, and you can find out which are televised here

Where can I stream Great Britain vs Netherlands? Eurosport Player subscribers can stream televised matches live

Where can I get tickets for Great Britain vs Netherlands? https://www.daviscupfinals.com/ticketing/

10-times Davis Cup champions Great Britain look the dominant force in Group E without yet striking a ball. While all eyes will be on the resurgent Andy Murray at these Davis Cup finals, Great Britain possess an excellent squad of big-game players in both the singles and doubles. Jamie Murray is still one of the best doubles players around and though he could well partner up with brother Andy for a thrilling spectacle, he also has a seasoned pro in Neal Skupski, with whom he has played many times. Dan Evans will be pivotal in keeping the third fixture of the doubles match a formality in the group stages alongside either Andy Murray or Kyle Edmund, who recently overcame a horrendous run of form.

The Netherlands’ veteran Robin Haase made things interesting against Kazakhstan as he beat their young star Alexander Bublik in three sets, but unfortunately for the Dutch he is only one man. Mikhail Kukushkin made light work of Botic Van de Zandschulp, and the Kazakhstani pair defeated the Dutch duo in straight sets to win the tie 2-1. The Netherlands have never reached the grand final of the Davis Cup.

The truth is that wildcard team GB have been handed the easiest group of the tournament, and should have been able to reach the quarter-finals without three-time Grand Slam champion Andy Murray. Whether or not he plays a big part or a supporting role in the group stages, Murray’s presence will lift the entire team and they should enjoy a competitive but largely winnable couple of days. Dan Evans had his greatest day in the sport when GB won the Davis Cup last in 2015, and he thrives in these big-game environments. The Netherlands have veteran Robin Haase to thank for a match win at these finals but realistically that should be their only victory in Madrid.