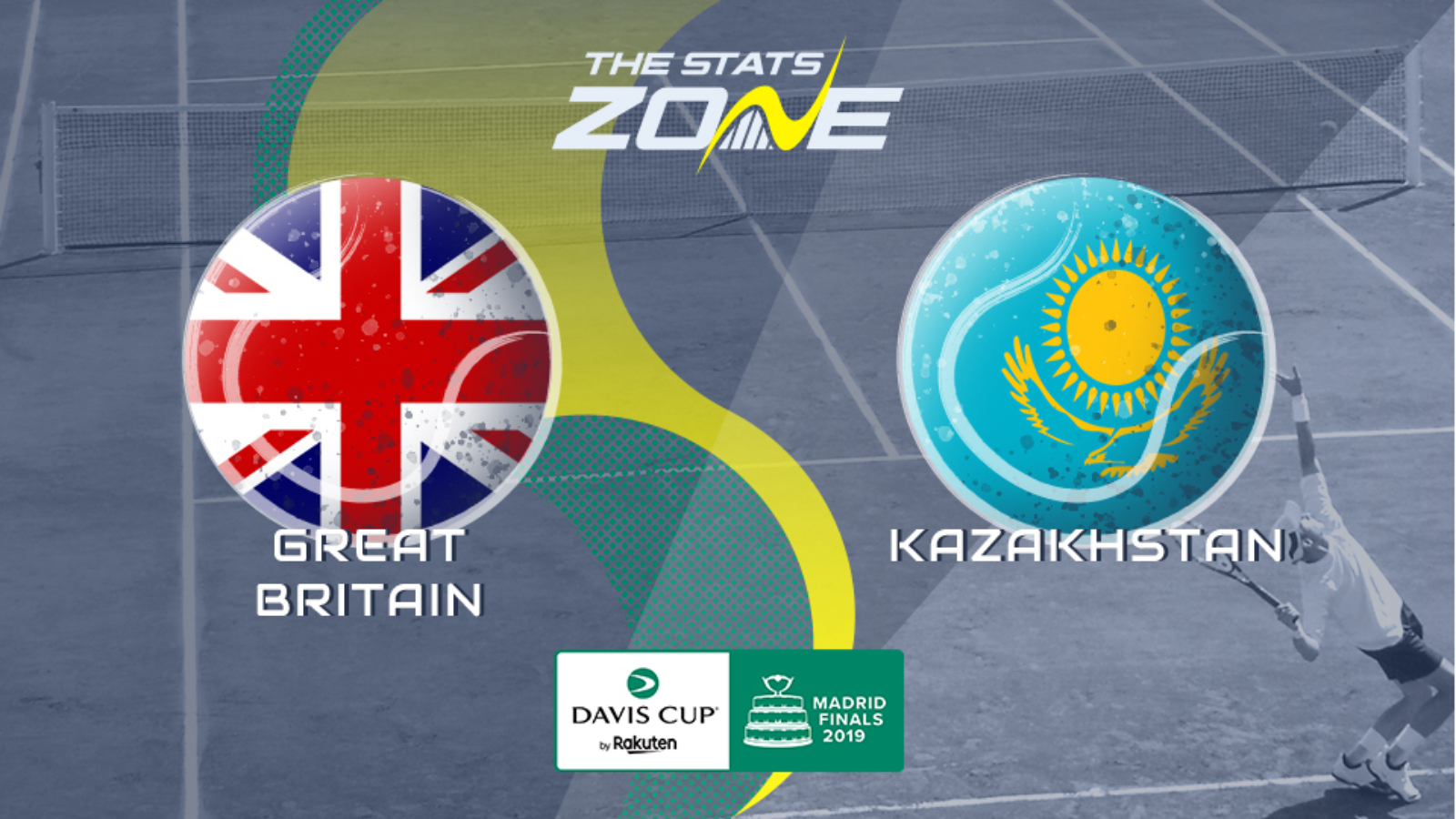 What channel is Great Britain vs Kazakhstan on? Eurosport have the rights to show Davis Cup Finals matches in the UK, and you can find out which are televised here

Where can I stream Great Britain vs Kazakhstan? Eurosport Player subscribers can stream televised matches live

Where can I get tickets for Great Britain vs Kazakhstan? https://www.daviscupfinals.com/ticketing/

Great Britain scraped through to claim their first Davis Cup tie by the skin of their teeth in an arduous day of play against the Netherlands. Andy Murray was far from his best, chasing Tallon Griekspoor from the off in their first match, and it took a gutsy deciding tiebreak to come through that test, paving the way for Dan Evans. Evans took the first set against Robin Haase, as Britain’s no.1 entrant for the singles draw here, but lost his particular match in three sets and this could be a problem further down the line with Evans and Murray unnaturally matched as 1st and 2nd options respectively. However, Team GB’s doubles pair of Jamie Murray and Neal Skupski saved the day by defeating an excellent team in Koolhof and Rojer to take the tie 2-1.

Kazakhstan’s first tie against the Netherlands had looked to be a comfortable match-up, but Alexander Bublik became the first player at this tournament to underestimate Dutch talisman Robin Haase and he lost in three sets. Luckily for him, veteran Mikhail Kukushkin was able to comfortably even things out when he beat Botic van de Zandschulp in straight sets but, after witnessing the efforts of Tallon Griekspoor on Wednesday, the Kazakhs might have got away with one. Bublik and Kukushkin combined to beat the Dutch in a must-win doubles match to make this the deciding tie for Group E.

It is unclear how the imbalance in the Great Britain team will affect things moving forward, but the main fact of the matter is that Dan Evans had his chances to make the tie comfortable and he will have to improve if he is to get anything against Alexander Bublik, who is a powerful and tricky opponent. Andy Murray looks in a better position once again to win his match, and should be in a better state here than he was after so long off the court. Ultimately, it could come down to Jamie Murray and Neal Skupski, the former playing fantastically on Wednesday night, once again to take this tie and automatic qualification.