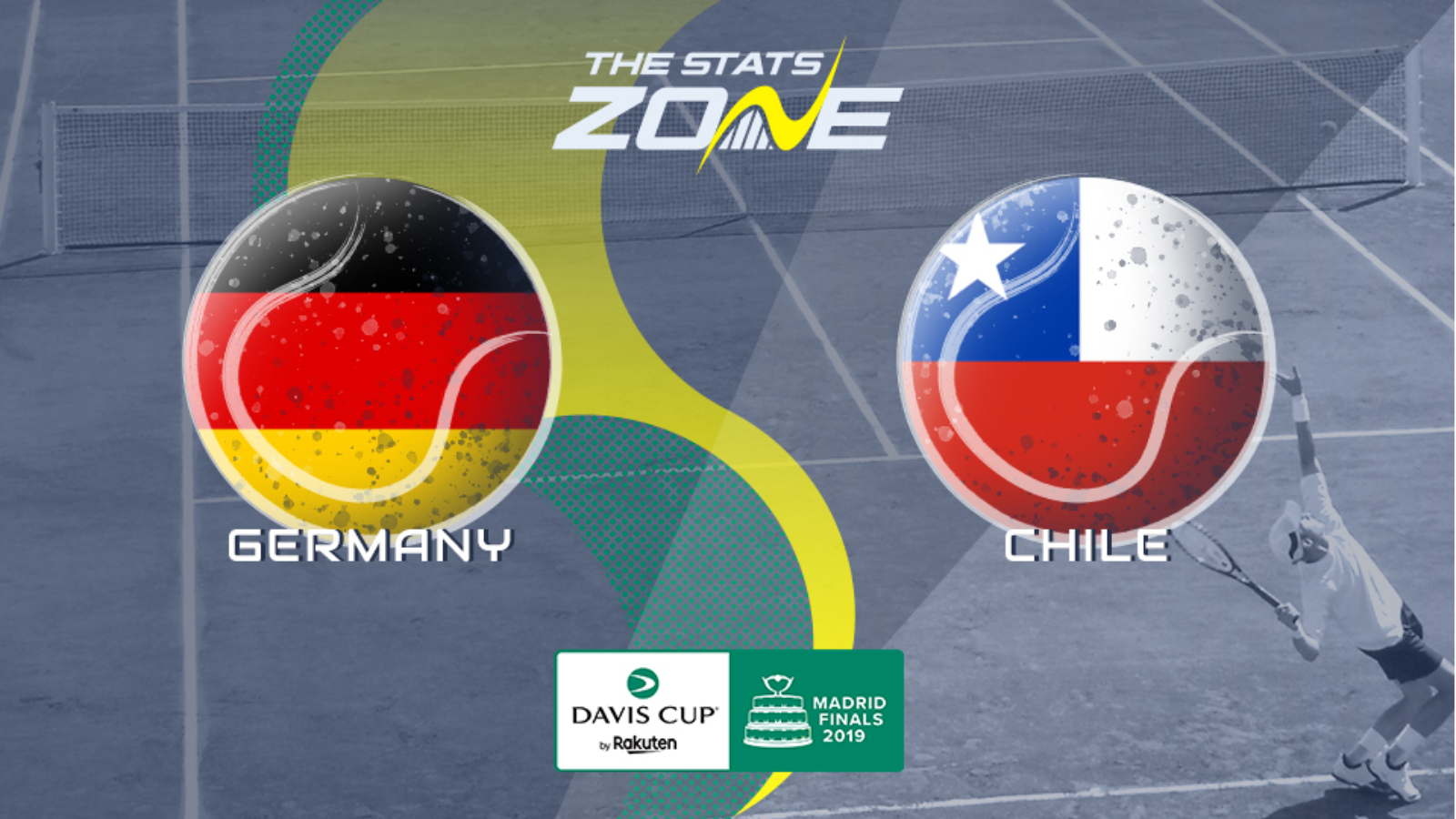 Where is Germany vs Chile taking place? Caja Magica, Madrid

What channel is Germany vs Chile on? Eurosport have the rights to show Davis Cup Finals matches in the UK, and you can find out which are televised here

Where can I stream Germany vs Chile? Eurosport Player subscribers can stream televised matches live

Where can I get tickets for Germany vs Chile? https://www.daviscupfinals.com/ticketing/

Germany have provided the shock of the Davis Cup week so far by beating Argentina convincingly in their first Davis Cup tie to keep Group C wide open here. Jan-Lennard Struff had every chance of beating Diego Schwartzman and delivered on that with a straight-sets performance that paved the way for elder statesman Philipp Kohlschreiber to come back from a set down to beat Guido Pella. The Germans' trump card is their doubles partnership of Kevin Krawietz and Andreas Mies and they came through a mammoth match with Argentina's Gonzalez and Mayer to take the first tie 3-0

The Chilean Davis Cup team were subjected to a 3-0 whitewash by Argentina in their first tie and after witnessing the Argentines’ subsequent defeat by a well-oiled German side, they will have their reservations here. Cristian Garin was comfortably beaten by Diego Schwartzman and Nicolas Jarry did not fare that much better against Guido Pella before teaming up with Hans Podlipnik to lose the doubles in straight sets. They will fancy their chances at taking a match against Germany but after their foes' display against Argentina it looks bleak.

It could well be another whitewash here for Chile, with Germany surprising most at Madrid with such a spirited performance against Argentina on Wednesday. While Philipp Kohlschreiber could potentially fall to Nicolas Jarry, the German showed great experience to come back from a set down to beat Guido Pella and Jarry will be less of a threat. The Germans were underestimated, with Alexander Zverev not taking part, and that seems to have rallied them into an excellent team that can come through Group C as overall winners.