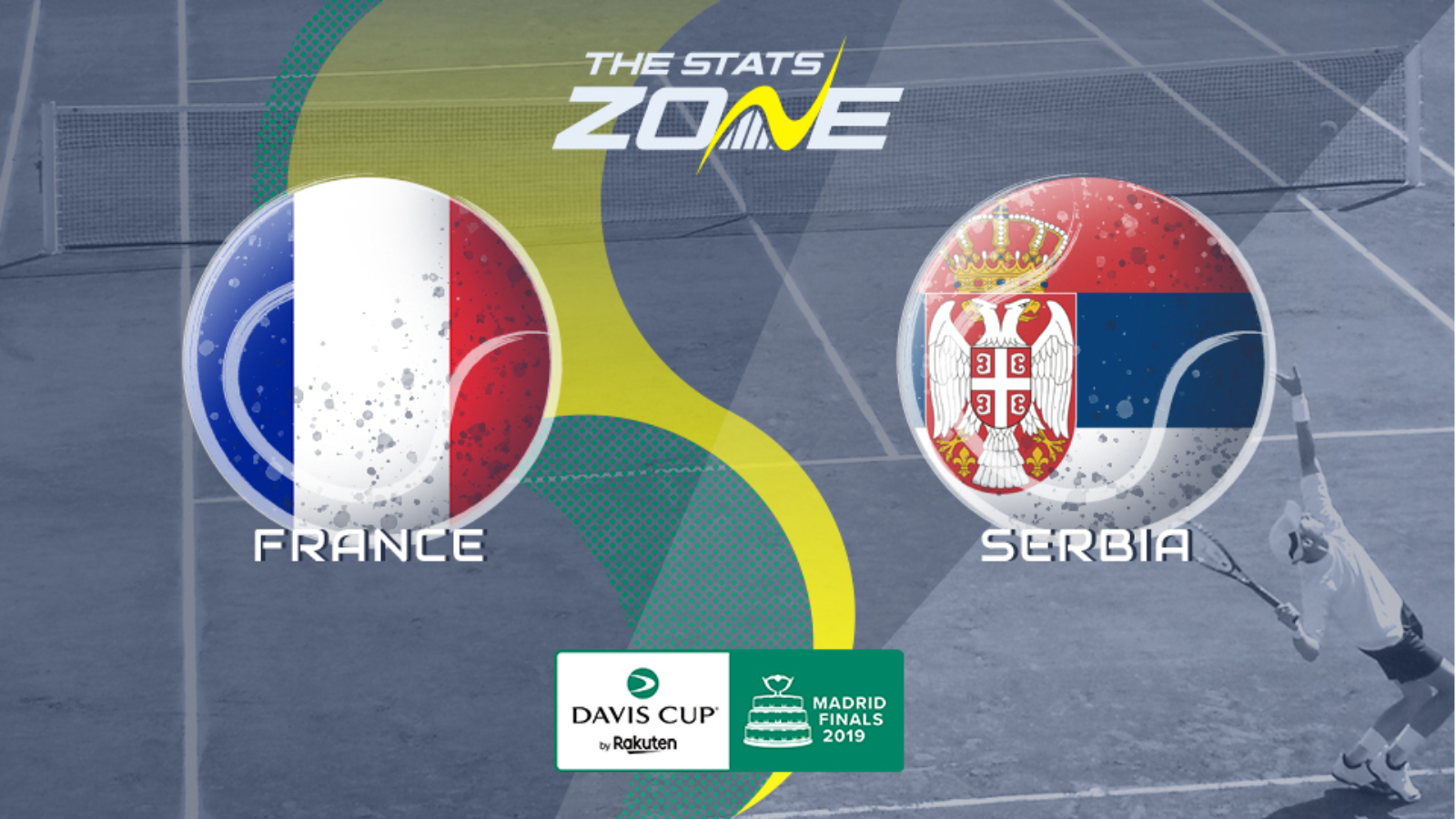 Where is France vs Serbia taking place? Caja Magica, Madrid

What channel is France vs Serbia on? Eurosport have the rights to show Davis Cup Finals matches in the UK, and you can find out which are televised here

Where can I stream France vs Serbia? Eurosport Player subscribers can stream televised matches live

Where can I get tickets for France vs Serbia? https://www.daviscupfinals.com/ticketing/

Gael Monfils’ loss was a major blow to France’s chances of qualifying for the quarter-finals as a runner-up as he was defeated by a spirited Yoshihito Nishioka in the first match of the tie with Japan. Jo-Wilfried Tsonga comfortably defeated Yasutaka Uchiyama to level things up before Pierre-Hugues Herbert and Nicolas Mahut struggled to put Uchiyama and Ben McLachlan away in the deciding set of their doubles match. The team will need a big improvement, and to target the doubles match and Tsonga’s match against Krajinovic, if they are to have any chance. Should they lose 2-1, they have a fleeting chance at qualifying but a 3-0 loss should see them knocked out.

Serbia’s star man Novak Djokovic completely dominated his first match at the Davis Cup against Yoshihito Nishioka before young talent Filip Krajinovic emulated him by defeating Yuichi Sugita in straight sets as well. A vastly experienced couple of players in Viktor Troicki and Janko Tipsarevic then played out a tight doubles match with Japan’s McLachlan and Uchiyama, coming through two tiebreaks to make it 3-0 to Serbia on the day. It is unclear if Serbia will continue to use Troicki and Tipsarevic in the doubles if they are in need of the win to progress, but they did well to overcome the Japanese pair who had taken France to a deciding tiebreak yesterday.

Jo-Wilfried Tsonga will have most of the responsibility resting on his shoulders on Thursday morning what with Gael Monfils’ lacklustre display against Nishioka only confirming that Novak Djokovic should defeat the Frenchman quite comfortably. In fact. Monfils has never before beaten the Serb in 15 attempts, so with that looking assured, this match will almost certainly hang on Tsonga vs Krajinovic. The French hold the advantage in the doubles, and if push came to shove, Tsonga has what it takes to get past young Krajinovic, so they could just edge this Davis Cup tie with Serbia hoping to get through as a runner-up.