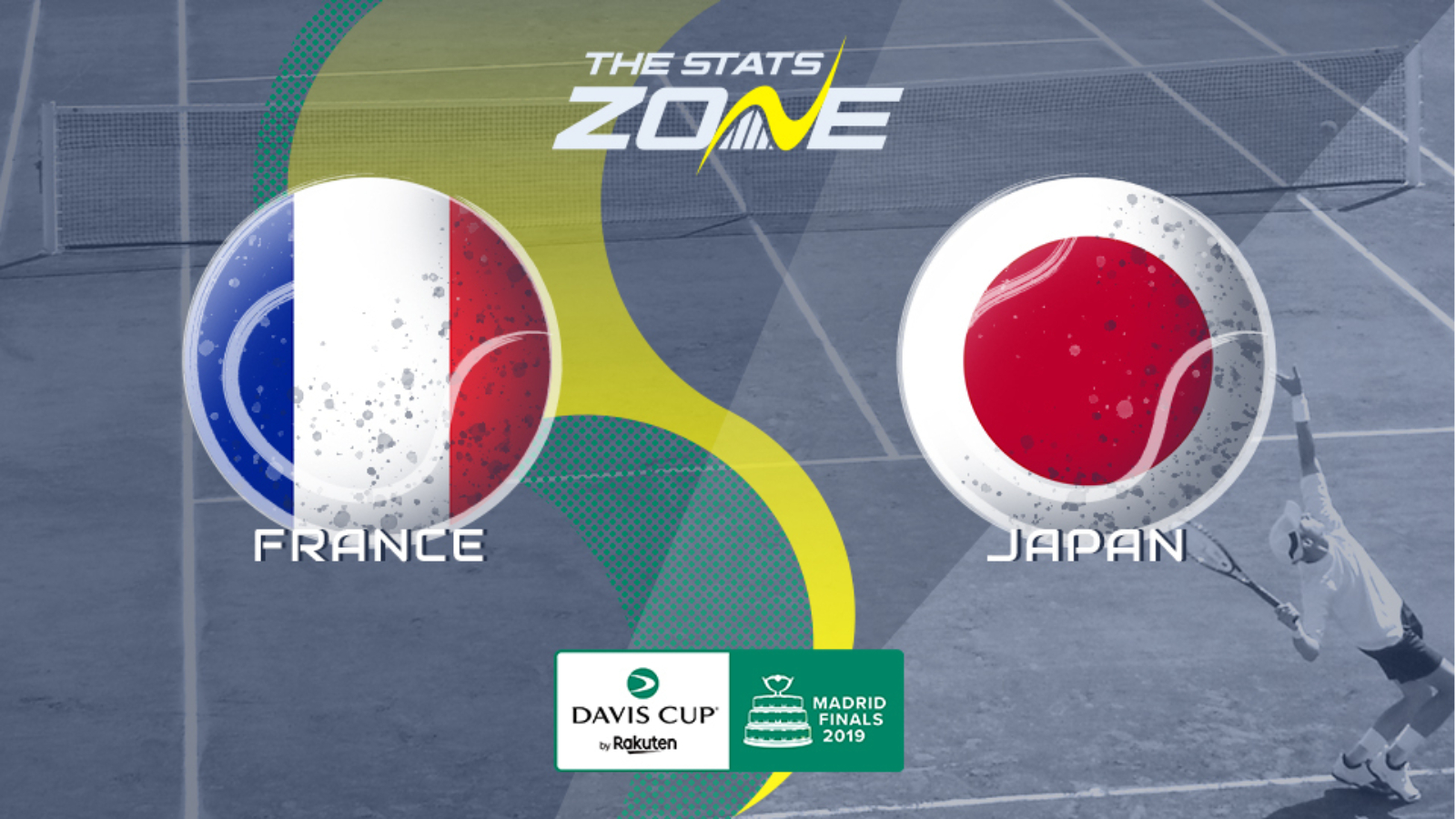 Where is France vs Japan taking place? Caja Magica, Madrid

What channel is France vs Japan on? Eurosport have the rights to show Davis Cup Finals matches in the UK, and you can find out which are televised here

Where can I stream France vs Japan? Eurosport Player subscribers can stream televised matches live

Where can I get tickets for France vs Japan? https://www.daviscupfinals.com/ticketing/

France have a long and decorated history with the Davis Cup and won the competition as recently as 2017, where they beat Belgium 3-2, and they are joint 3rd with Great Britain on 10 overall wins.

Among their ranks they can boast three top 30 Singles players in the resurgent veteran Jo-Wilfried Tsonga, Benoit Paire and of course world number 10 Gael Monfils. Monfils, especially, will flourish in the new Davis Cup set-up and he will garner a lot of support through his effervescent tennis. Tsonga, too, is a huge fans favourite and will be relatively fresh after an injury-ravaged season, with him back to near his best in time for the tournament. Benoit Paire is not to be underestimated either, and he can be an excellent differential in this squad of talented players, but it is the doubles pairing of Nicolas Mahut and Pierre-Hugues Herbert who set the French apart from most other Davis Cup teams. They come into this tournament fresh from a spotless, straight-sets run to the ATP Tour Finals title on Sunday and have won their last nine matches together.

Japan beat China 3-2 in the qualifying round to make the finals here in Madrid but they will be up against it from the off without mercurial star Kei Nishikori, who has been out injured for some time now. In world number 73 Yoshihito Nishioka they have a talented young player but he is unlikely to be able to match any of the French players unless there is some serious complacency.

Without Kei Nishikori, the Japanese have little to offer in resistance to this French side, and they could end up whitewashed if their young star Yoshihito Nishioka is out of match practice. In Mahut and Herbert especially, France have a trump card over most teams with an excellent and durable doubles team who have won their last two tournaments together in Paris and London. They will be an addition in this match-up long before they could be the difference later in the tournament. It is a shame for Japan but this could be quite the bruising.