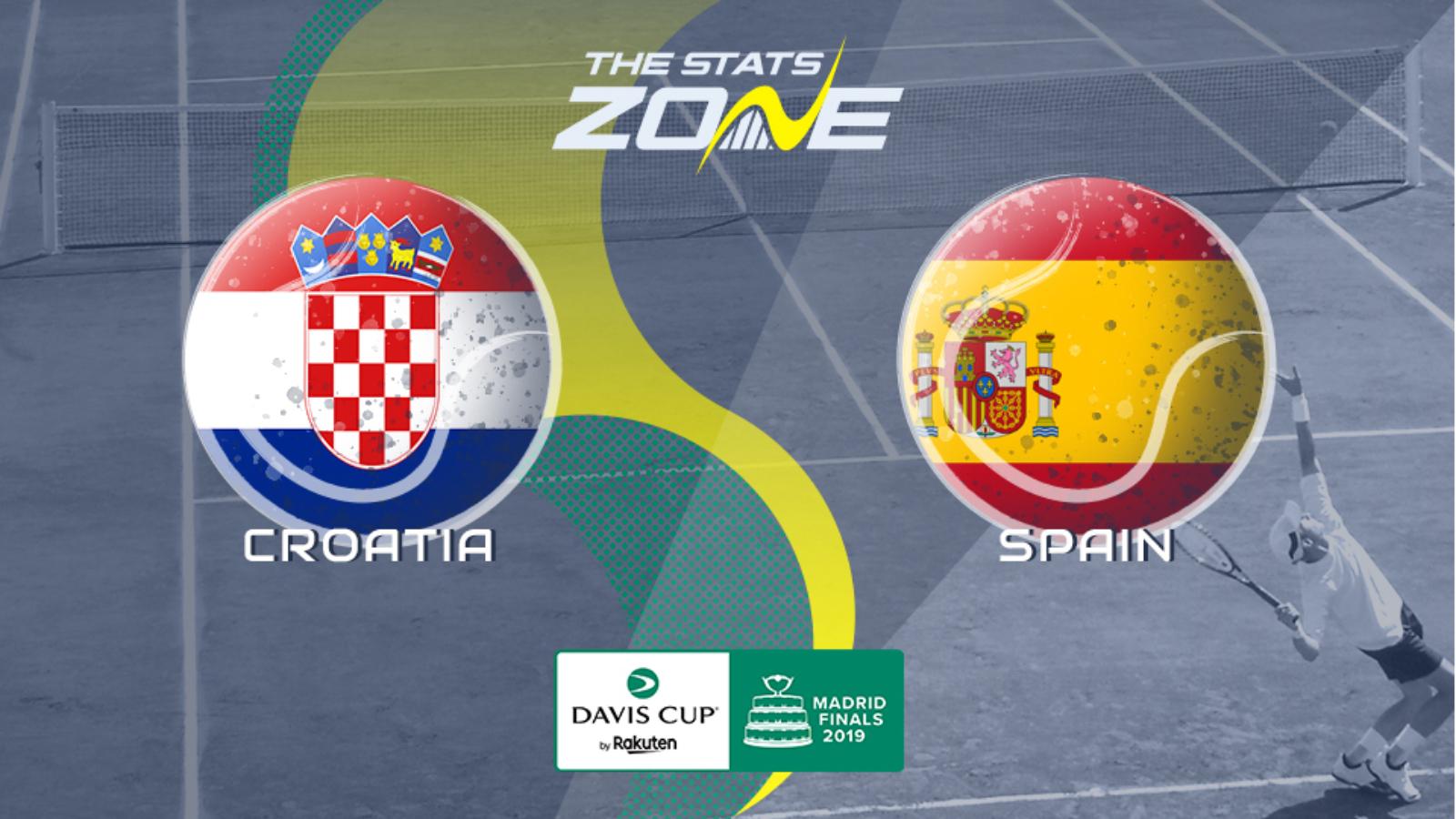 Where is Croatia vs Spain taking place? Caja Magica, Madrid

What channel is Croatia vs Spain on? Eurosport have the rights to show Davis Cup Finals matches in the UK, and you can find out which are televised here

Where can I stream Croatia vs Spain? Eurosport Player subscribers can stream televised matches live

Where can I get tickets for Croatia vs Spain? https://www.daviscupfinals.com/ticketing/

Reigning Davis Cup champions Croatia have it all to do now after losing their first fixture 3-0 to Russia, with the loss of Marin Cilic a big blow for their hopes of progression. Cilic’s last-minute replacement Borna Gojo gave a good account of himself against Andrey Rublev but really stood little chance, while the big disappointment was Borna Coric’s loss to Karen Khachanov from a set up in the first match. It must be said that the defending champions were handed arguably the toughest group, but it will take something special from Coric here to get anything against Rafael Nadal.

Spain were playing with fire after their two singles matches with Russia ended one apiece, but their doubles pairing of Marcel Granollers and Feliciano Lopez got the job done against Karen Khachanov and Andrey Rublev to claim their first Davis Cup point 2-1. Rafael Nadal beat Karen Khachanov in straight sets, though the Russian world number 17 fought hard throughout and took the Spaniard to a tiebreak, before Roberto Bautista Agut lost his match to Andrey Rublev after taking the first set.

Spain should fare better against reigning champions Croatia here than they did against the dangerous Russian duo of Khachanov and Rublev. The form of Roberto Bautista Agut over the last few months could be a slight concern but he should have enough left in the tank to defeat the likes of Borna Gojo or whomever Croatia send out as their second. Without Marin Cilic, the 2018 Davis Cup winners are quite toothless, and Spain should easily secure their quarter-final place here.