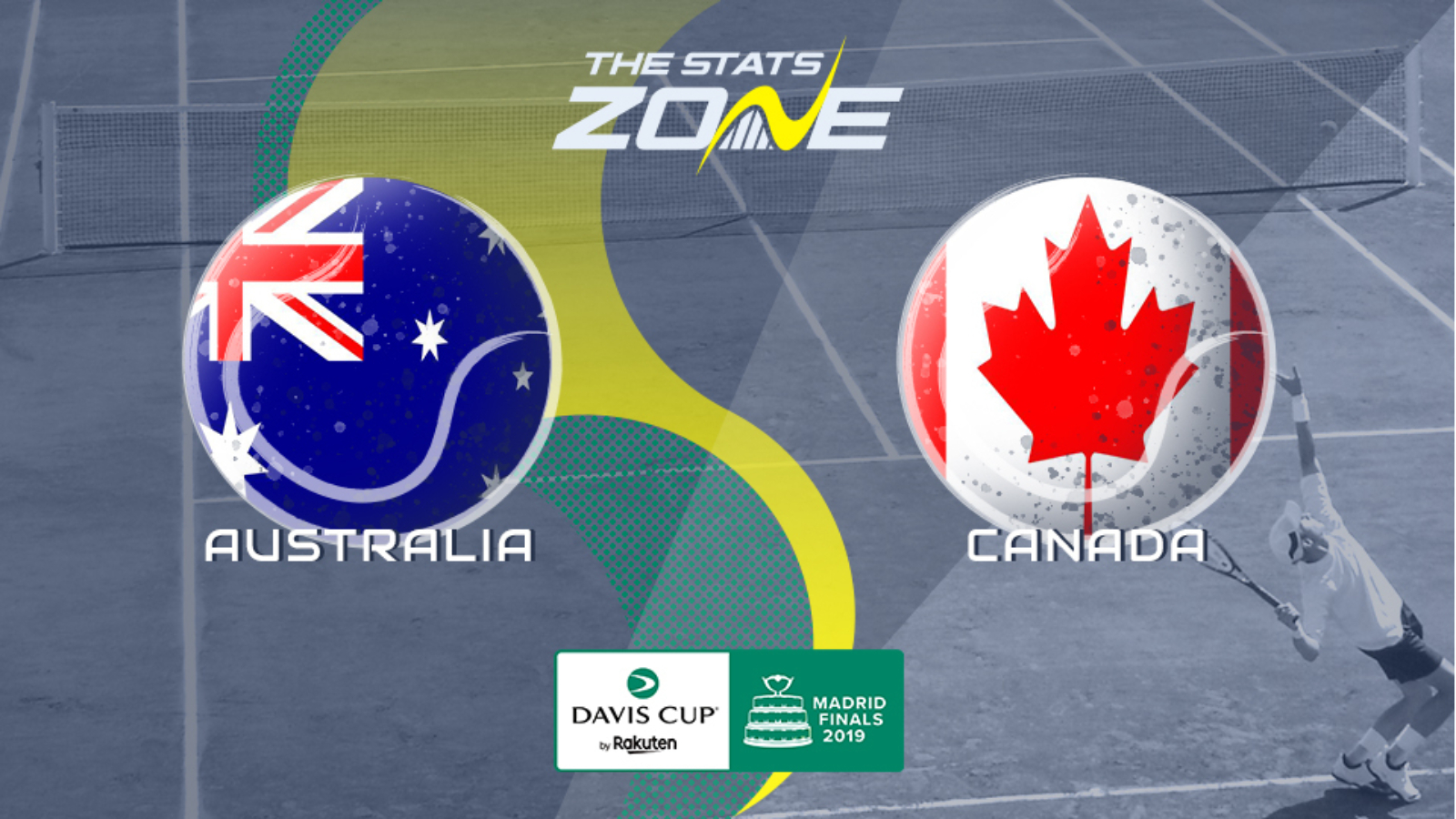 Where is Australia vs Canada taking place? Caja Magica, Madrid

What channel is Australia vs Canada on? Eurosport have the rights to show Davis Cup Finals matches in the UK, and you can find out which are televised here

Where can I stream Australia vs Canada? Eurosport Player subscribers can stream televised matches live

Where can I get tickets for Australia vs Canada? https://www.daviscupfinals.com/ticketing/

Australia did well to hold their nerves and stay focused after having their second Davis Cup tie delayed by over two hours after Great Britain and the Netherlands played for around eight hours on Wednesday. Nick Kyrgios got things underway with an excellent straight-sets win over a gutsy Steve Darcis before Alex de Minaur served David Goffin a first-set bagel before closing out the match with a tiebreak. Both De Minaur and Kyrgios have won their two singles matches with aplomb thus far and Australia look the business. There are two concerns for the Aussies, though, as John Peers was forced to retire from the early morning doubles match after the first game, which could see John Millman come in to partner with Jordan Thompson. The second, is the lateness at which they secured the win, with their opponents Canada enjoying a rest day while there could be less than 18 hours between matches for Kyrgios and De Minaur.

Canada have the benefit of a full day’s rest in this hectic Davis Cup schedule and already looked like real contenders after beating Italy on Monday and then the USA on Tuesday, forfeiting the doubles match there as they were thin on the ground. With the news that Felix Auger-Aliassime is ready to go, there is a selection headache for the Canadians, as Vasek Pospisil has won both of his singles matches and is playing fantastically well at this tournament. Denis Shapovalov is safe as world number 15, and his match against Alex de Minaur will be a blockbuster between two of the best young players around. It might be that Auger-Aliassime will take on doubles duty alongside Shapovalov, with Pospisil keeping his place in the singles, but it could just as well be the other way around.

Nick Kyrgios will have little time to prepare for a foe as, at the time of writing, it is unclear if he will face the in-form Vasek Pospisil or Canada’s youngest star Felix Auger-Aliassime, who could return from an injury to play this quarter-final tie. With that match-up in doubt, it is no less difficult to call a winner between Alex de Minaur and Denis Shapovalov, though the Canadian has been outstanding over the last month and may just shade that contest. Both teams could also field a variety of combinations in the doubles, with the injury to John Peers perhaps signalling that the Canadians may have the edge in that particular battle too. With so many permutations, this tie looks like it leans towards Canada, but Nick Kyrgios and Alex de Minaur will have plenty to say about that.