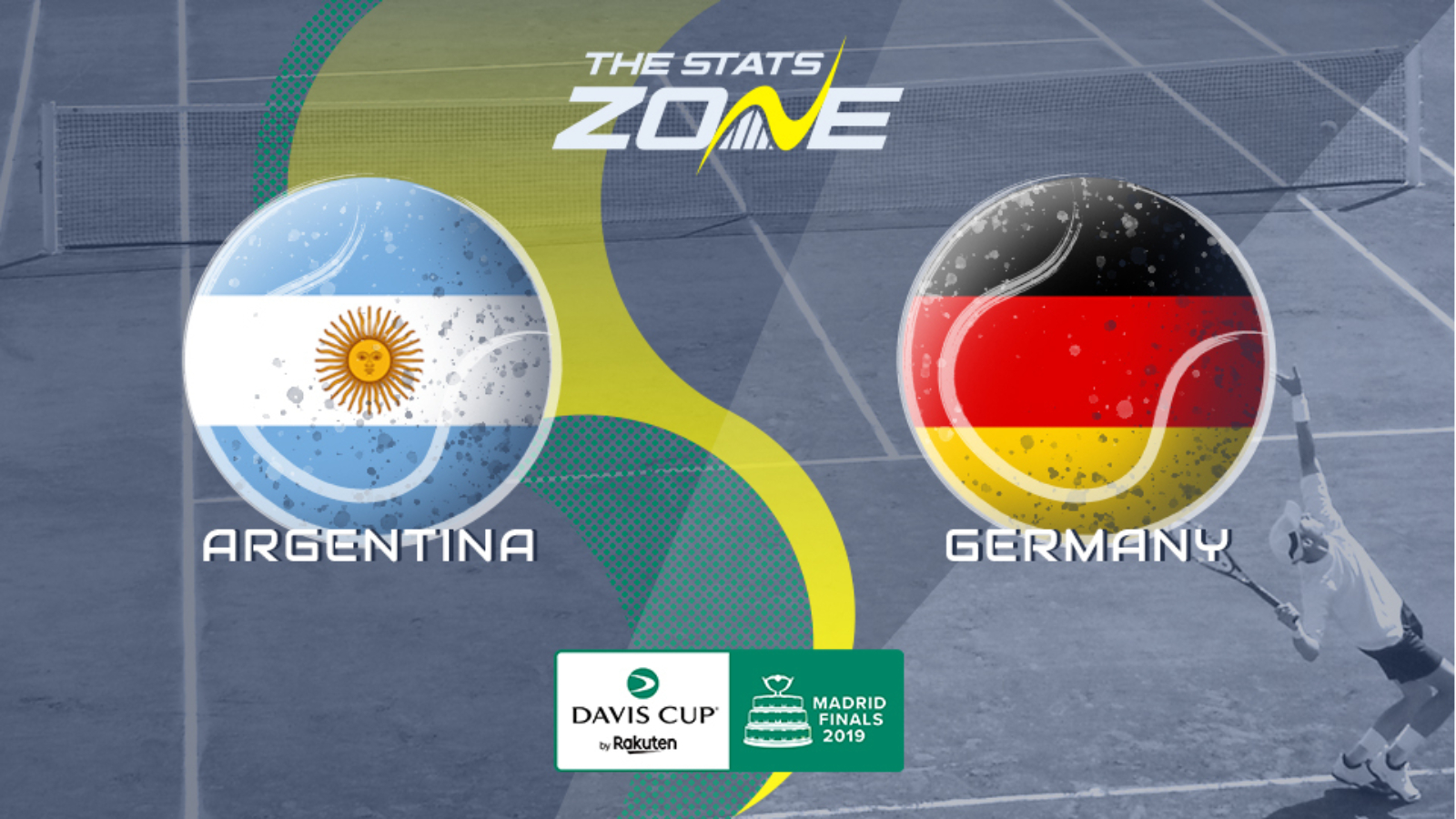 Where is Argentina vs Germany taking place? Caja Magica, Madrid

What channel is Argentina vs Germany on? Eurosport have the rights to show Davis Cup Finals matches in the UK, and you can find out which are televised here

Where can I stream Argentina vs Germany? Eurosport Player subscribers can stream televised matches live

Where can I get tickets for Argentina vs Germany? https://www.daviscupfinals.com/ticketing/

Argentina won their battles in all areas against fellow South Americans Chile in their first Davis Cup fixture, with both Diego Schwartzman and Guido Pella dominating their singles matches to win in straight sets. The two singles wins allowed the team to send out Leonardo Mayer and Maximo Gonzalez in the doubles, with world number four doubles player Horacio Zeballos left spare, and they also won their match convincingly in straight sets.

Germany are three-time Davis Cup champions, including two Boris Becker-backed West German victories in 1988 and 1989, but have not won nor featured in the grand final since 1993. Without Alexander Zverev, who will play Roger Federer in an exhibition match in Mexico instead, they are seriously weakened but they do have some interesting players. Jan-Lennard Struff is a hot-and-cold threat for most players on tour, while Philipp Kohlschreiber has begun the steady decline down the ATP rankings in earnest but is a seasoned veteran. The Germans’ trump card(s), however, may well be doubles partnership Kevin Krawietz and Andreas Mies, who reached the ATP Finals last week after winning Roland-Garros and reaching the semi-finals of the US Open.

Guido Pella proved that he is not far away from Diego Schwartzman as he beat Nicolas Jarry to compliment his compatriot’s win over Cristian Garin, and they can take Argentina far in this competition. Germany’s Struff has a decent chance of beating either of them, while the German doubles pair of Krawietz and Mies should come away with a victory in their match-up, albeit against the world number four doubles player Horacio Zeballos. Ultimately, though, Argentina have more than their opponents in the singles here and should make it two wins from two to progress.