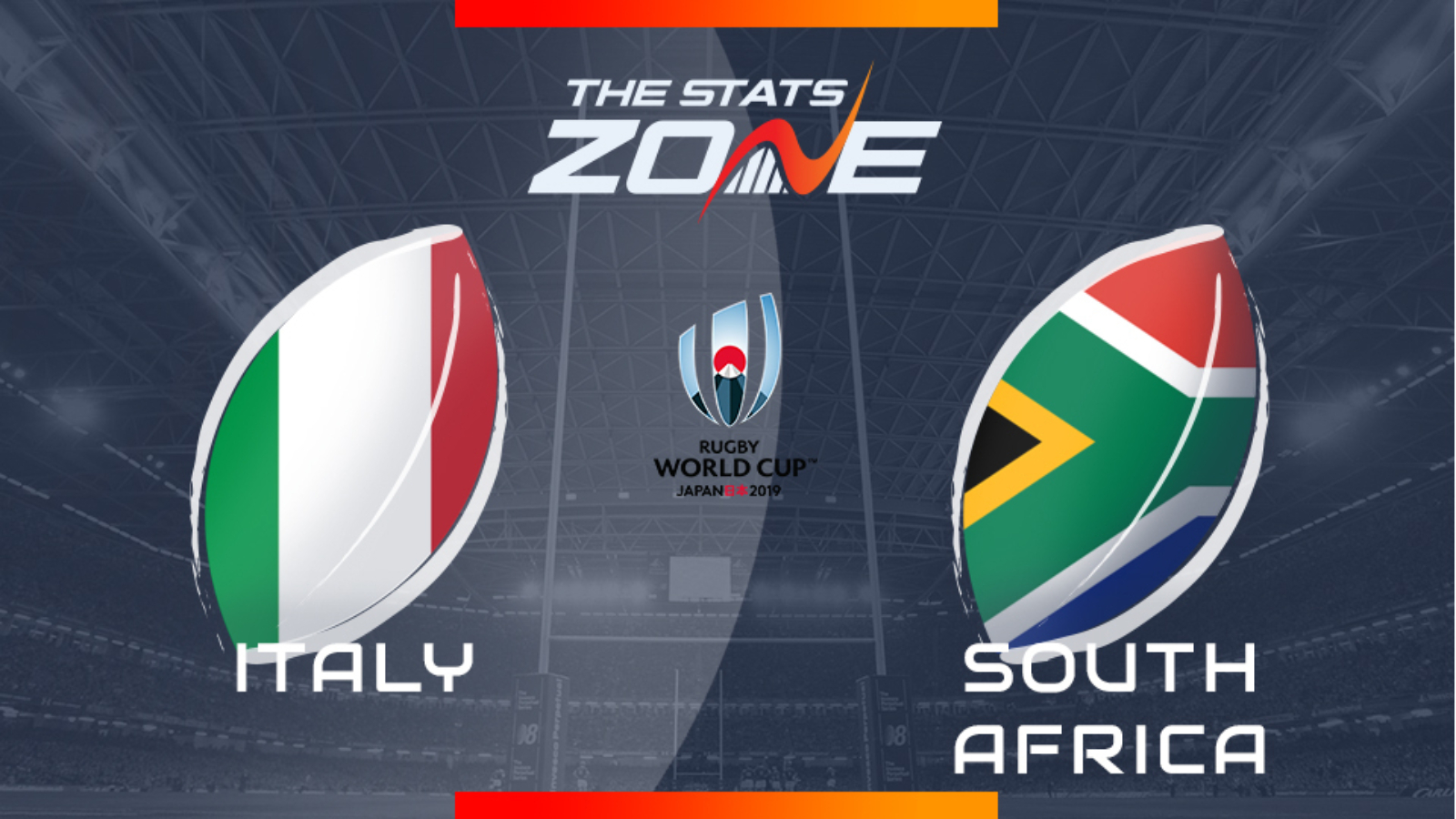 What is the expected weather for South Africa vs Italy? 17c with mostly cloudy skies

What television channel is South Africa vs Italy on in the UK? This match will be televised live on ITV 4

Where can I stream South Africa vs Italy? This match can be streamed via ITV Hub

Where can I get tickets for South Africa vs Italy? https://www.rugbyworldcup.com/tickets

Italy have performed well in their two matches at this year's RWC but now face a much more difficult task as they face South Africa. The Springboks won at a canter against Namibia with a much-changed side but they have reverted to a stronger line-up here which spells trouble for the Italians. South Africa came into this tournament in great form and if they can replicate that form in this important clash, they should come away with a comfortable win.