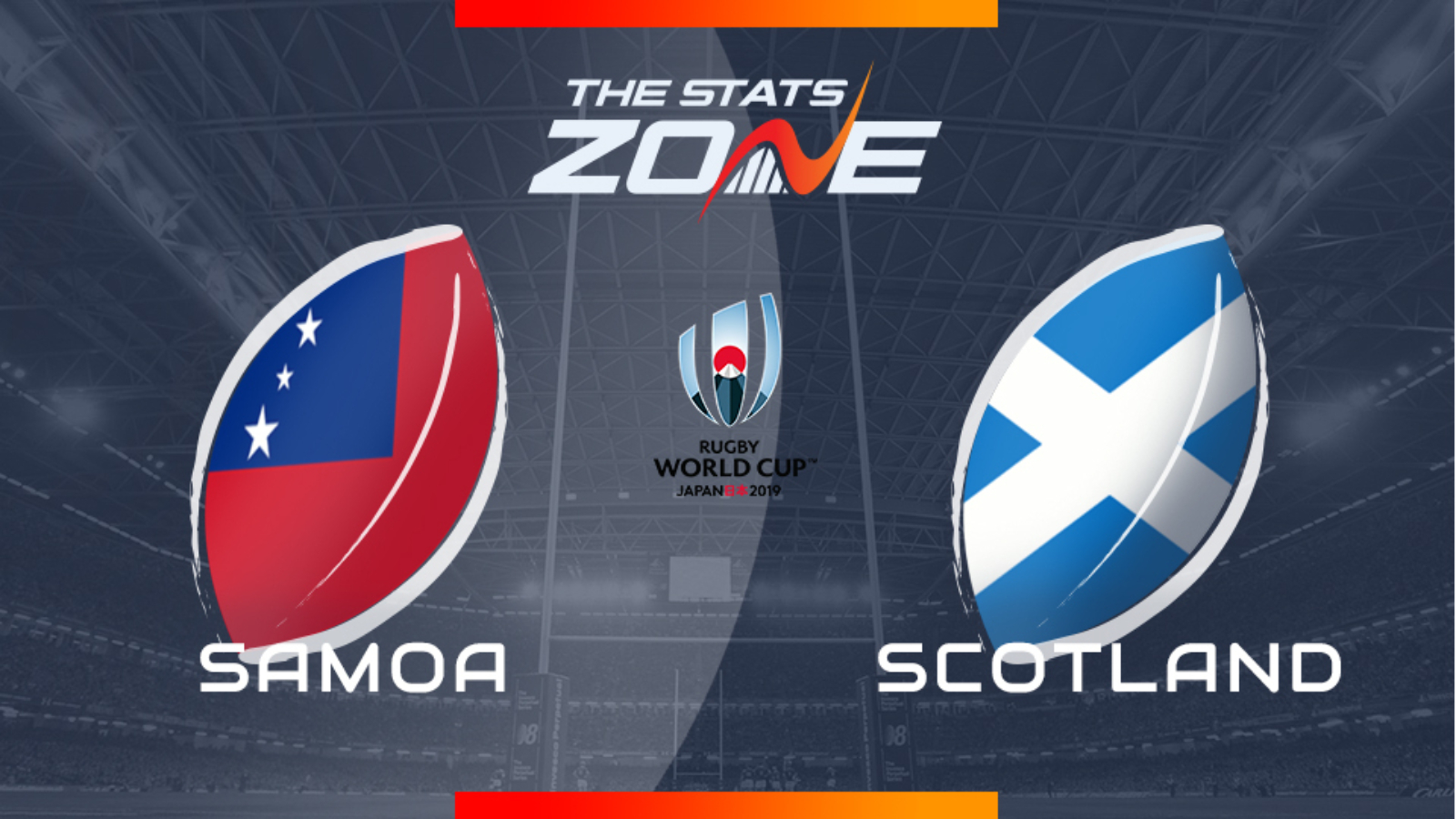 What is the expected weather for Scotland vs Samoa? 21c but showers are expected during the game

What television channel is Scotland vs Samoa on in the UK? This match will be televised live on ITV 1

Where can I stream Scotland vs Samoa? This match can be streamed via ITV Hub

Where can I get tickets for Scotland vs Samoa? https://www.rugbyworldcup.com/tickets

Scotland got their campaign off to a poor start as they were outclassed by Ireland and will need to bounce back quickly or face elimination. They face a Samoa side that were impressive winners over Russia and the Pacific Islanders can make things tough for the Scots in this one. The loss of the influential Hamish Watson will be difficult for Scotland to deal with and if Samoa can perform like they did in the second half of their game against Russia, they could cause an upset.