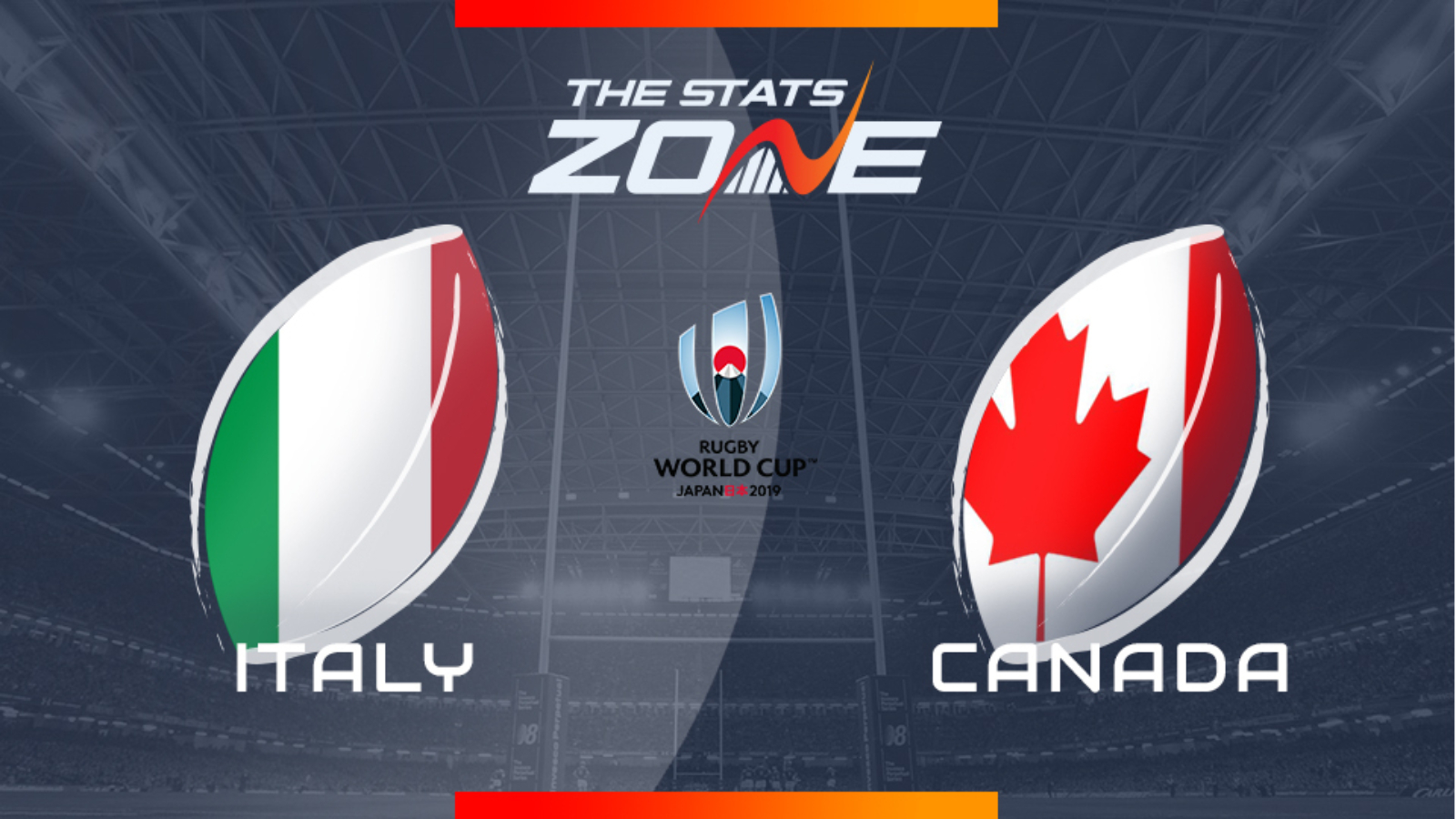 What is the expected weather for Italy vs Canada? 21c in partly cloudy skies

What television channel is Italy vs Canada on in the UK? This match will be televised live on ITV 4

Where can I stream Italy vs Canada? This match can be streamed via ITV Hub

Where can I get tickets for Italy vs Canada? https://www.rugbyworldcup.com/tickets

Italy got their RWC campaign off to a solid start as they posted 47 points past Namibia and this game with Canada presents them with another chance to post a big score. Canada will find it tough going against a team with a win already under their belts and must defy the odds of their lowly world ranking if they are to spring a surprise here. The Italians have made 10 changes to their side but should still be comfortable winners in this one.