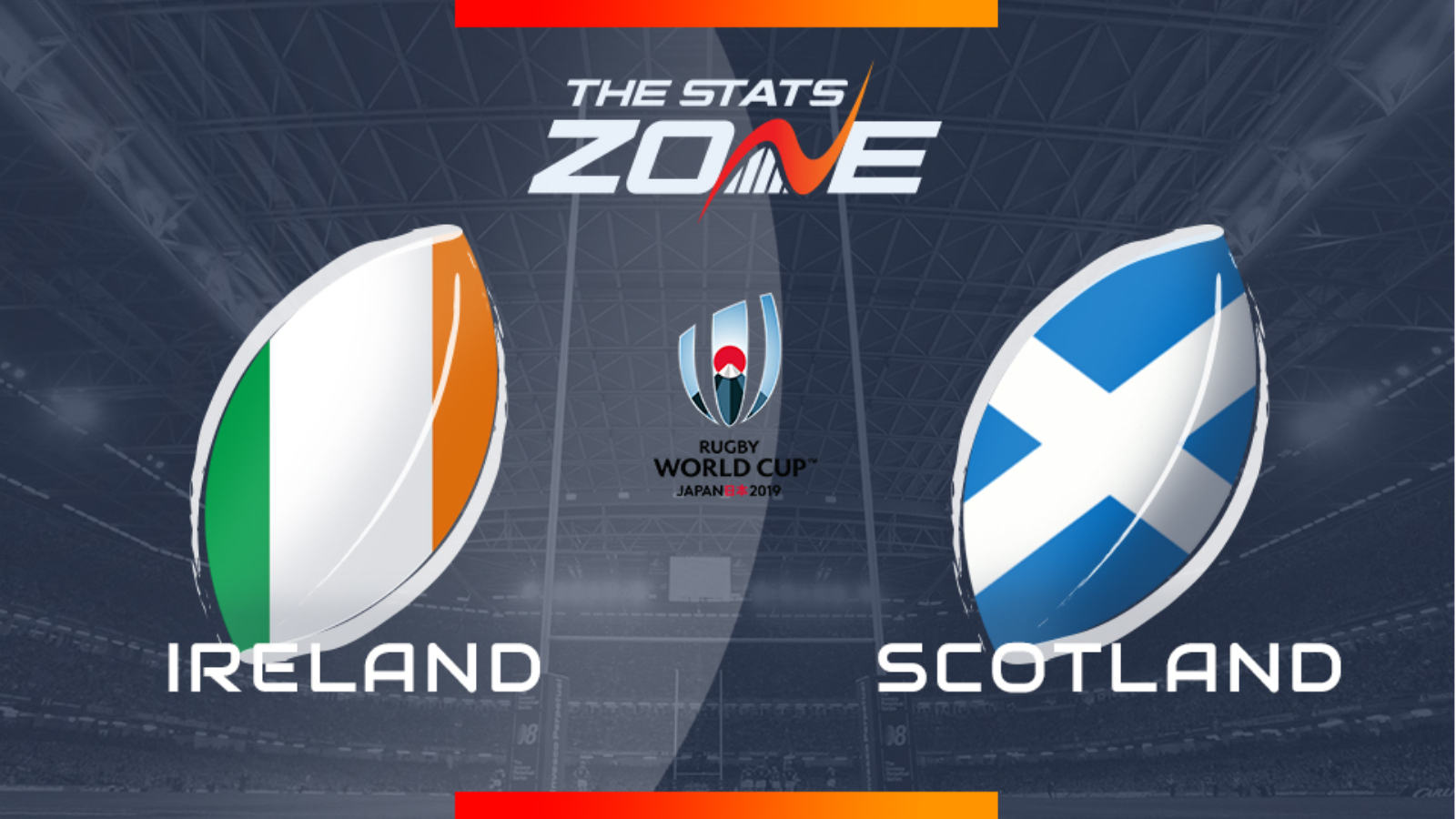 What is the expected weather for Ireland vs Scotland? 26c with some cloudy skies but the rain is expected to stay away

What television channel is Ireland vs Scotland on in the UK? This match will be televised live on ITV 1

Where can I stream Ireland vs Scotland? This match can be streamed via ITV Hub

Where can I get tickets for Ireland vs Scotland? https://www.rugbyworldcup.com/tickets

Ireland picked up back-to-back wins over Wales in their warm-up matches and those results propelled them to the top of the world rankings. It is the first time they have ever reached the position and should give them a huge confidence boost heading into this World Cup. They have shown that they can beat the best over recent years but face a tricky opening contest against an improving Scotland side. It is likely to be a tight game for large spells but the Irish quality should tell in the end.