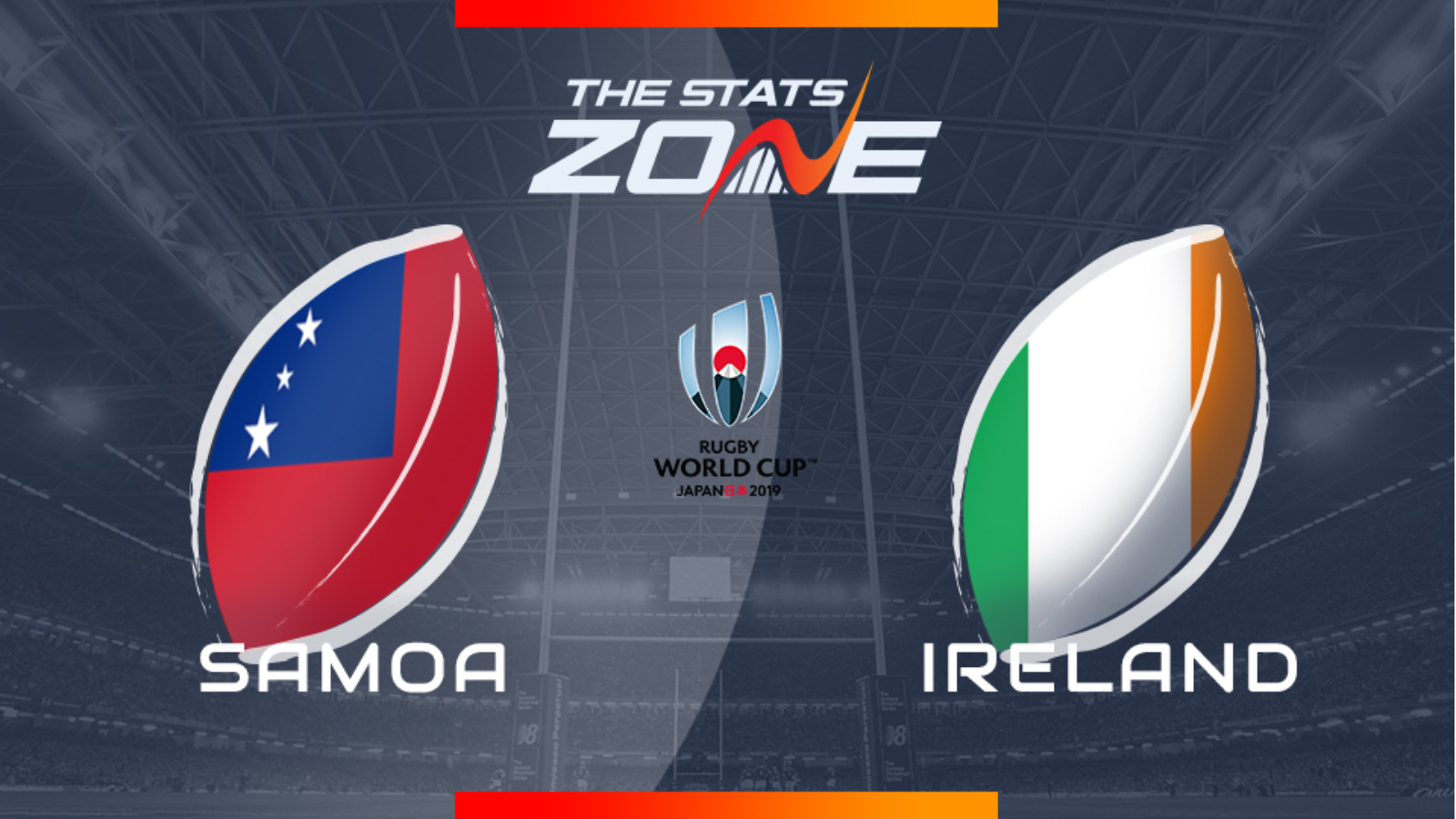 What is the expected weather for Ireland vs Samoa? 21c in mostly cloudy skies

What television channel is Ireland vs Samoa on in the UK? This match will be televised live on ITV 1

Where can I stream Ireland vs Samoa? This match can be streamed via ITV Hub

Where can I get tickets for Ireland vs Samoa? https://www.rugbyworldcup.com/tickets

Ireland must win this to seal their place in the knockout stages of the RWC and may even need a bonus point to be certain. The Irish were easy winners over Russia last time out but failed to impress and they may feel the pressure at certain points in this game but they have named a much stronger side for this contest. That should ensure any nerves are kept to a minimum with a host of experienced names in the side and they should be able to pick up a bonus-point victory.