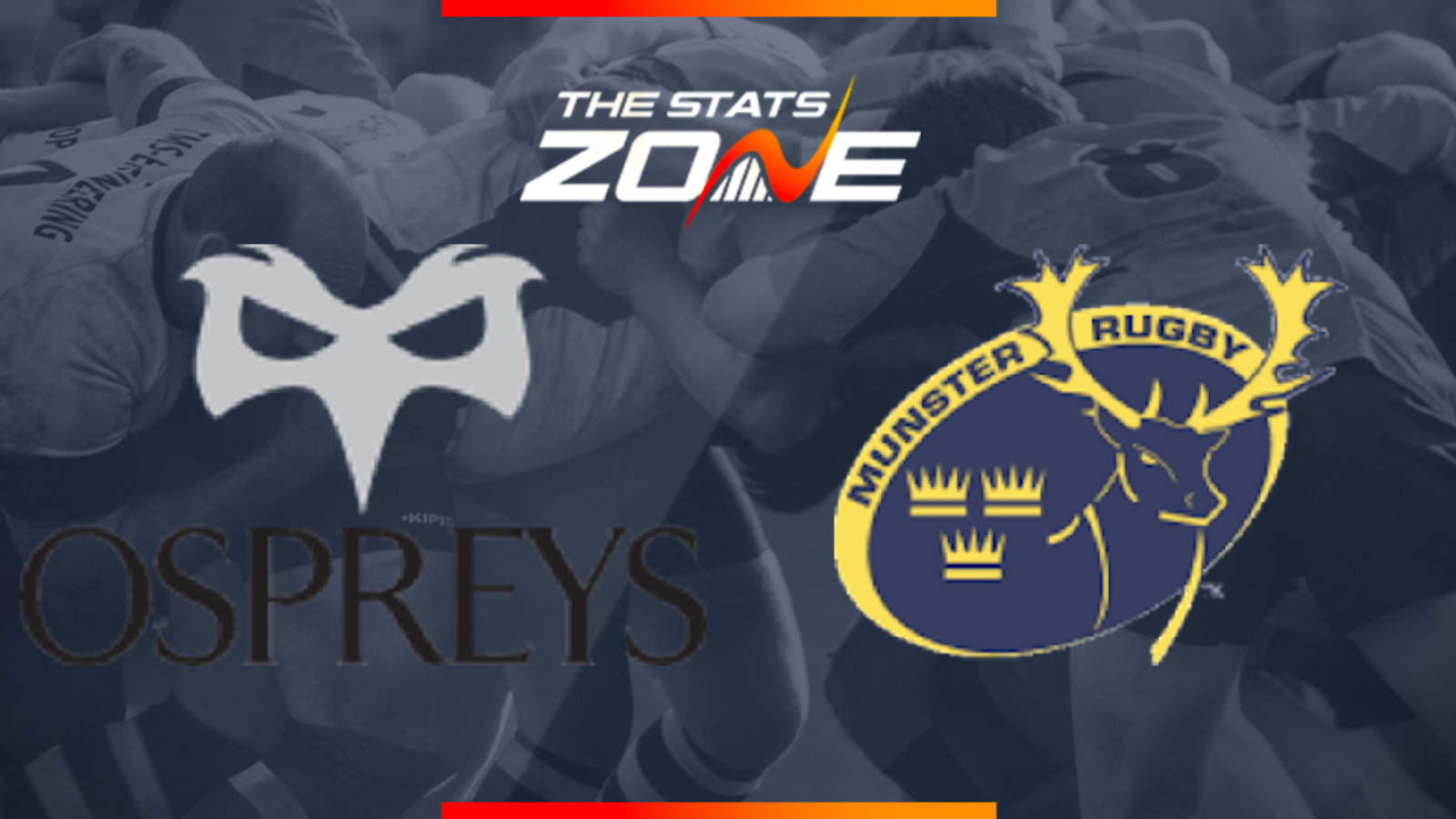 Where is Ospreys vs Munster taking place? Liberty Stadium, Swansea

What is the expected weather for Ospreys vs Munster? Cloudy, 6c

What television channel is Ospreys vs Munster on? This match will be televised live on BT Sport

Where can I stream Ospreys vs Munster? BT Sport subscribers can stream the match live via the BT Sport website & app

Where can I get tickets for Ospreys vs Munster? Official club websites will have ticket information about specific games. Tickets for the 2020 Finals in Marseilles can be obtained here

What was the score in the last meeting between Ospreys and Munster? Munster 28-12 Ospreys

Ospreys will be desperate to get their best XV on the field but that could be some way off with some of their Rugby World Cup stars still out coupled with a mounting injury list. Munster have injury issues of their own but should still have too much for the hosts who look set to struggle again, and throughout.