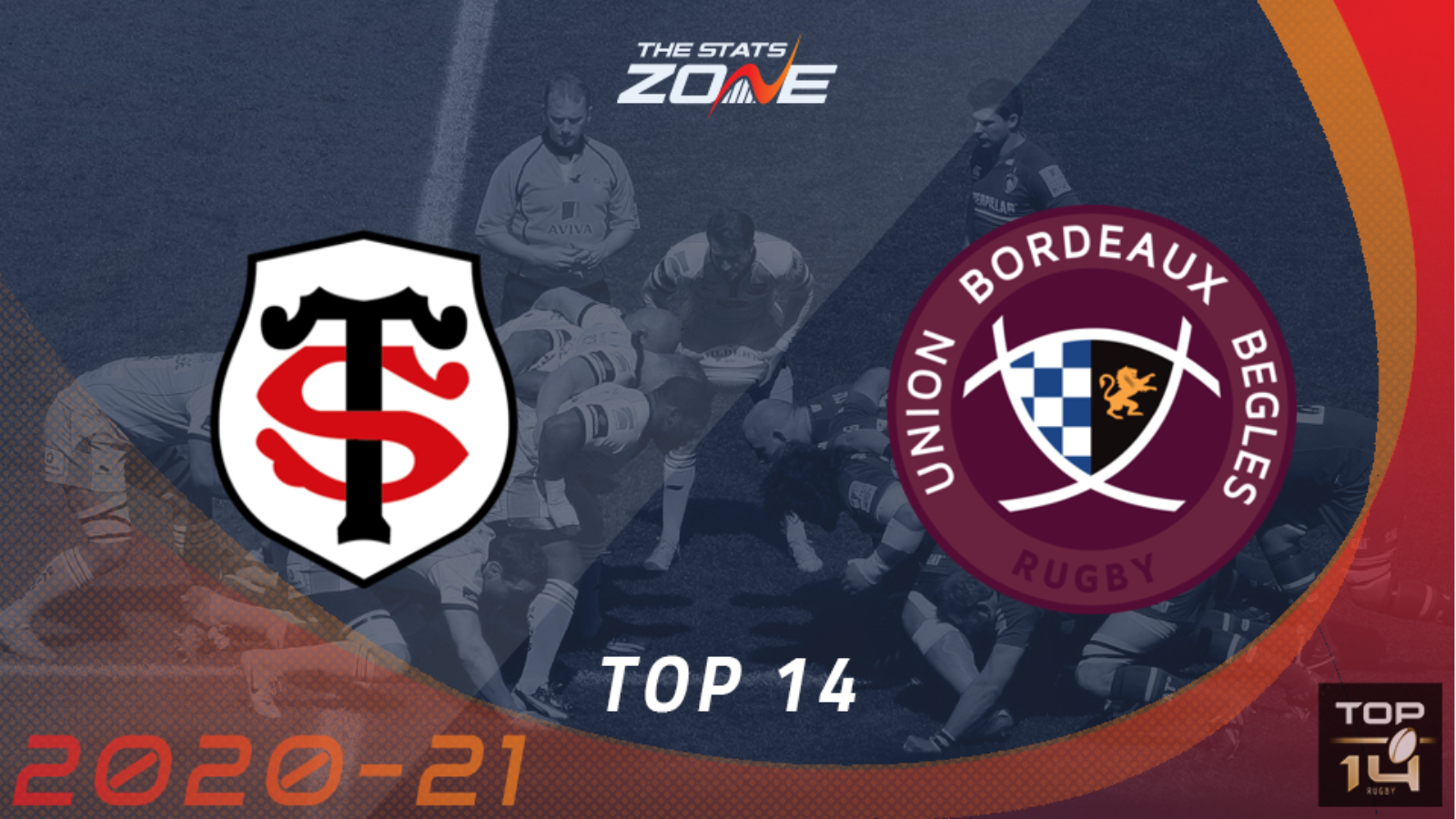 Where can I get tickets for Toulouse vs Bordeaux Begles? This match will be played without spectators

What television channel is Toulouse vs Bordeaux Begles on? This match will not be televised live in the UK

Where can I stream Toulouse vs Bordeaux Begles? This match cannot be streamed live in the UK

Toulouse spent the majority of the second half of the Top 14 season at the top of the table and finished there with a momentous 10-21 victory away at Bordeaux Begles, who travel for an almost immediate rematch in the play-off semi-finals. The visitors beat Clermont Auvergne handily enough in the play-off last weekend but after a searing run to make the cut towards the end of the season they have lost two of their last three Top 14 games and all three of their meetings with Toulouse in league and cup. The hosts will be confident that they can make it four from four this season when they host last year’s hard-done-by leaders of a campaign cancelled by covid but this should be an enthralling, emotional battle between two French giants. Take Toulouse to cover -7 in victory here as they have in all three meetings so far this season.