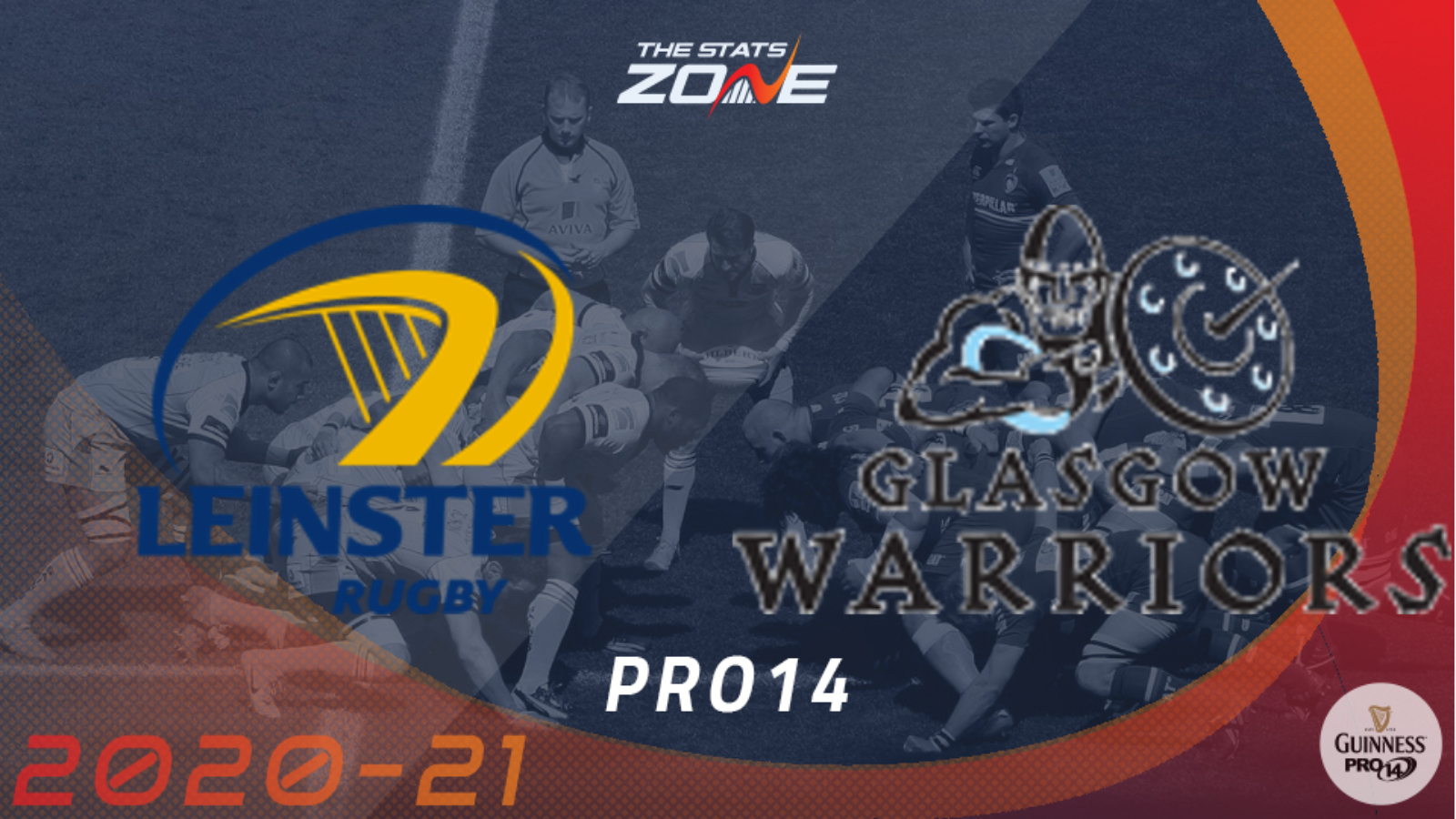 Where can I get tickets for Leinster vs Glasgow Warriors? This match will be played without spectators

What television channel is Leinster vs Glasgow Warriors on? All Guinness Pro14 matches are televised live on Premier Sports

Where can I stream Leinster vs Glasgow Warriors? Premier Sports subscribers can stream the match live via Premier Player

The poor weather at Rodney Parade could have been somewhat to blame for Leinster’s close 29-35 victory away at Dragons last weekend but there will be issues to solve in training this week as they welcome Glasgow Warriors to Dublin. Glasgow came off the worse in a tight 13-19 game with Ulster last Saturday and will not be confident for this trip to current league leaders and reigning champions. The Scottish side have won just one Pro14 match this year so far whilst Leinster are on a four-match winning streak after their wobble after Christmas. Head coach Leo Cullen will be expecting a better performance in this match and that should see the hosts cover -12 in victory here.