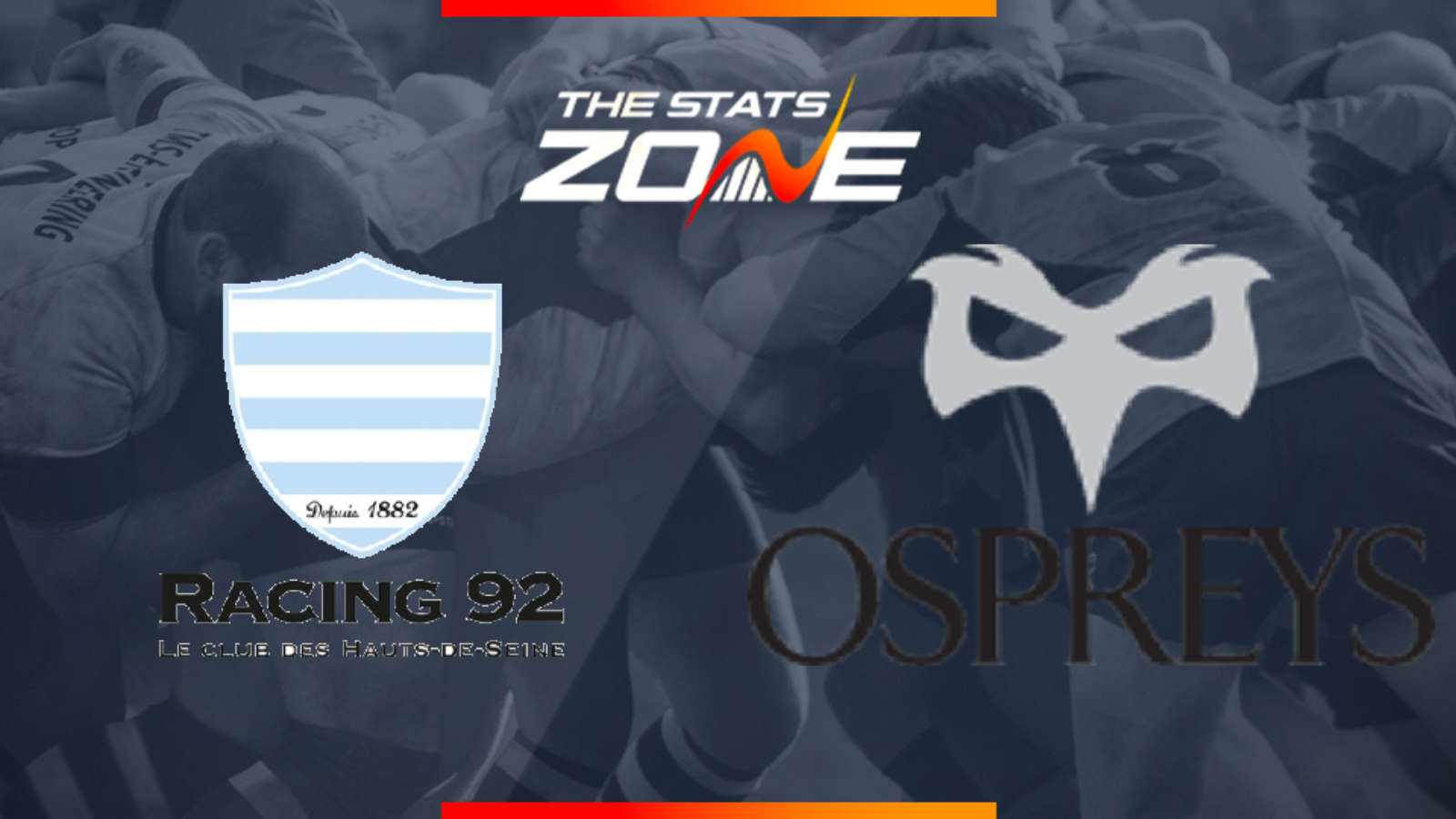 What is the expected weather for Racing 92 vs Ospreys? 9c with rain a possibility

What television channel is Racing 92 vs Ospreys on? This match will be televised live on BT Sport

Where can I stream Racing 92 vs Ospreys? BT Sport subscribers can stream the match live via the BT Sport website & app

Where can I get tickets for Racing 92 vs Ospreys? Official club websites will have ticket information about specific games. Tickets for the 2020 Finals in Marseilles can be obtained here

What was the score in the last meeting between Racing 92 and Ospreys? Ospreys 19-40 Racing 92

Ospreys’ season hit an alarming low last week as they were hammered by Racing 92. The Welsh side had to play almost the entire game with 14-men following Dan Evans’ red card less than a minute into the contest and gave his team no chance. It was a procession for Racing who know they will be tested more in this game but they are in such good form that they are likely to deal with whatever Ospreys throw at them.