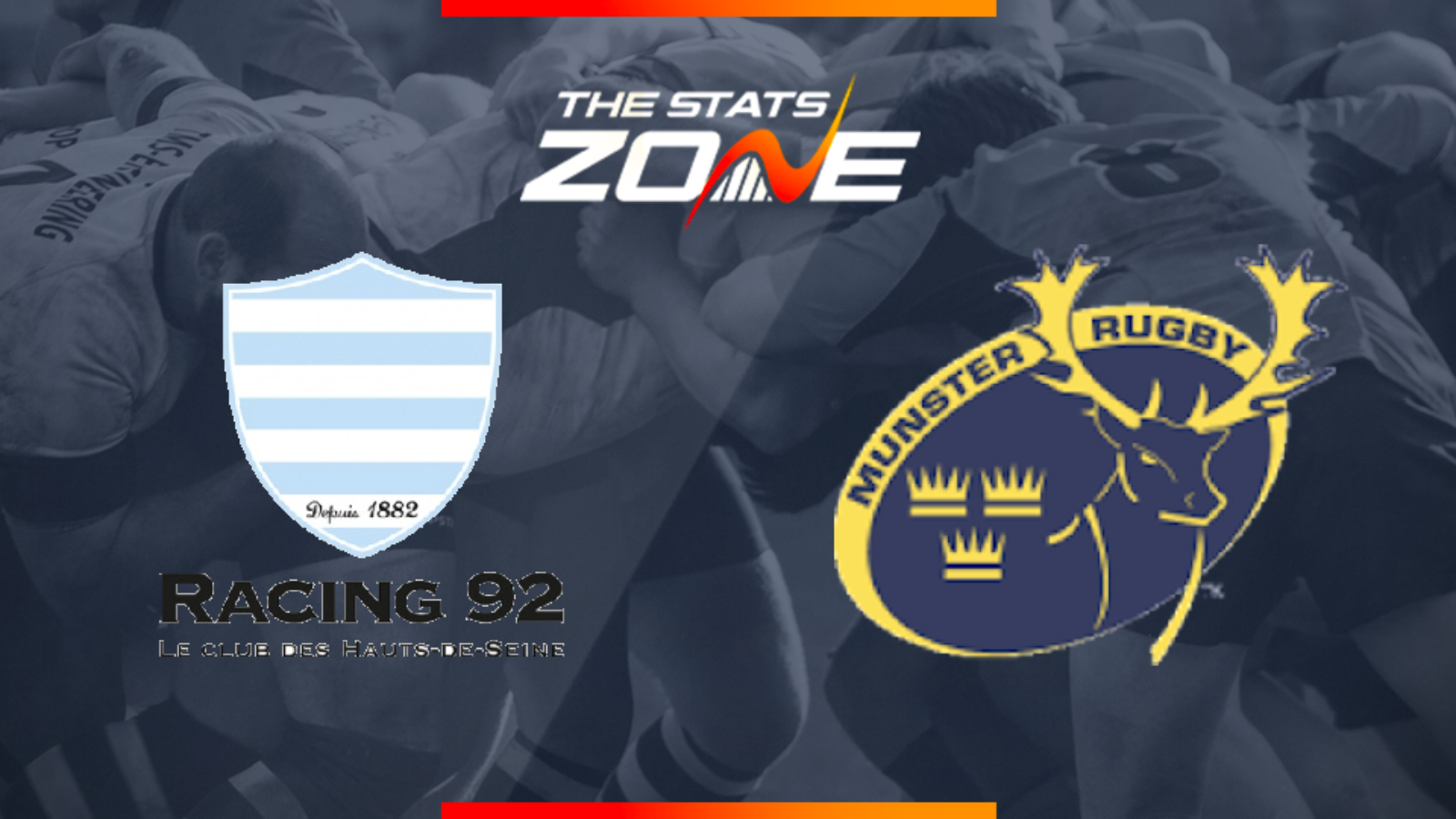 What is the expected weather for Racing 92 vs Munster? 9c with cloudy spells but no rain expected

What television channel is Racing 92 vs Munster on? This match will be televised live on BT Sport

Where can I stream Racing 92 vs Munster? BT Sport subscribers can stream the match live via the BT Sport website & app

Where can I get tickets for Racing 92 vs Munster? Official club websites will have ticket information about specific games. Tickets for the 2020 Finals in Marseilles can be obtained here

What was the score in the last meeting between Racing 92 and Munster? Munster 21-21 Racing 92

Munster's injury problems could harm their chances of achieving anything this season and their European hopes could be ended if they lose this game. They go on the road to face Racing 92 and despite managing to get some of their troops back in the side, a much-changed side to last week brings both positives and negatives but Joey Carberry’s absence is a big blow. Their lack of direction out of fly-half will harm them and the French side should be able to do enough to earn the win that secures their spot in the last-eight.