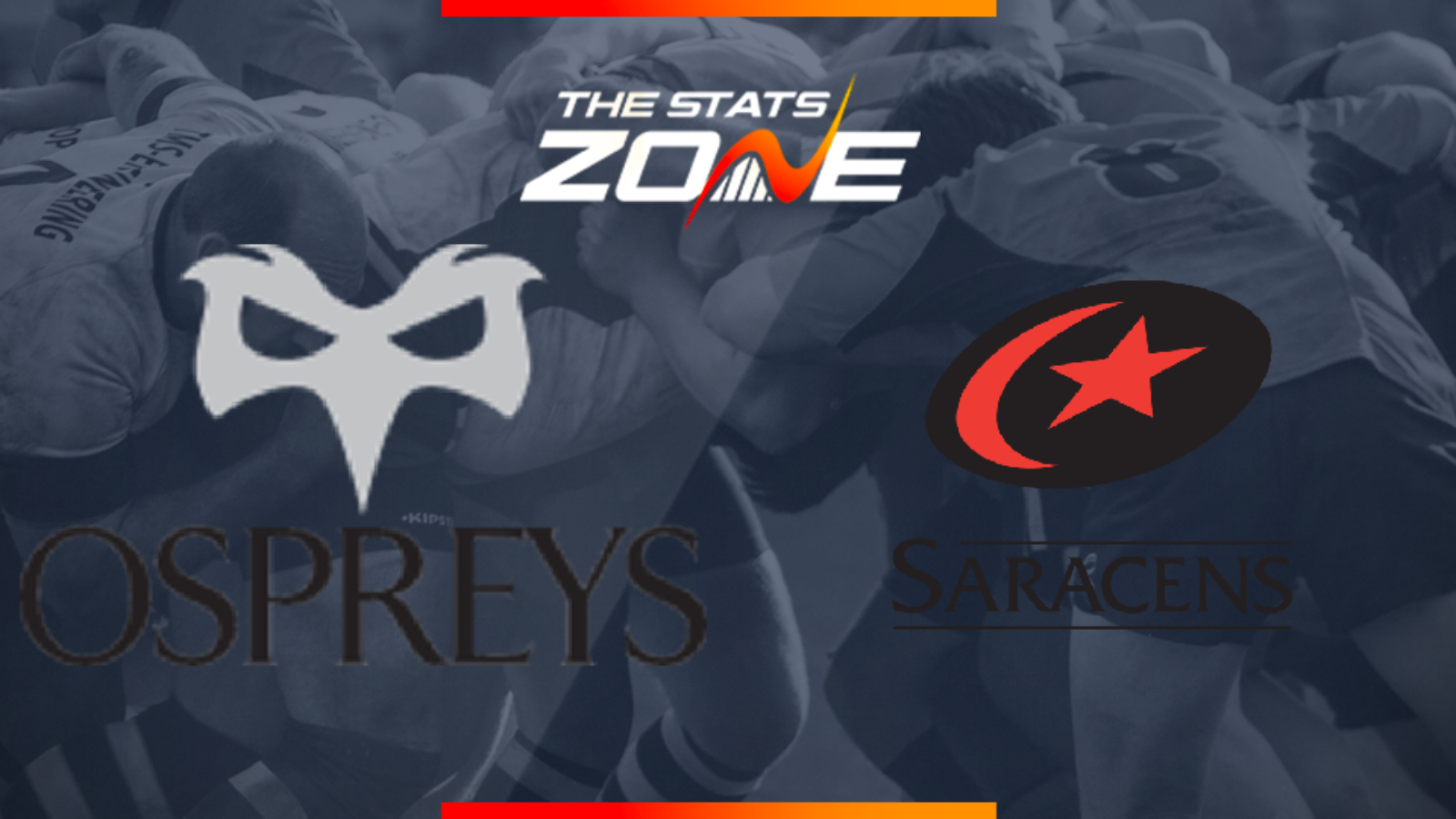 Where is Ospreys vs Saracens taking place? Liberty Stadium, Swansea

What is the expected weather for Ospreys vs Saracens? 11c with rain forecast

What television channel is Ospreys vs Saracens on? This match will be televised live on BT Sport

Where can I stream Ospreys vs Saracens? BT Sport subscribers can stream the match live via the BT Sport website & app

Where can I get tickets for Ospreys vs Saracens? Official club websites will have ticket information about specific games. Tickets for the 2020 Finals in Marseilles can be obtained here

What was the score in the last meeting between Ospreys and Saracens? Saracens 44-3 Ospreys

On the back of an 11-match losing streak, the last thing that Ospreys will likely want is to face a side that have scored just 10 tries but that is what they will face as they host Saracens. The visitors were in brilliant form last week and they are more than capable of backing that up by in this match. Given the last meeting between the two teams ended 44-3 to Saracens, they can repeat a similarly heavy win here.