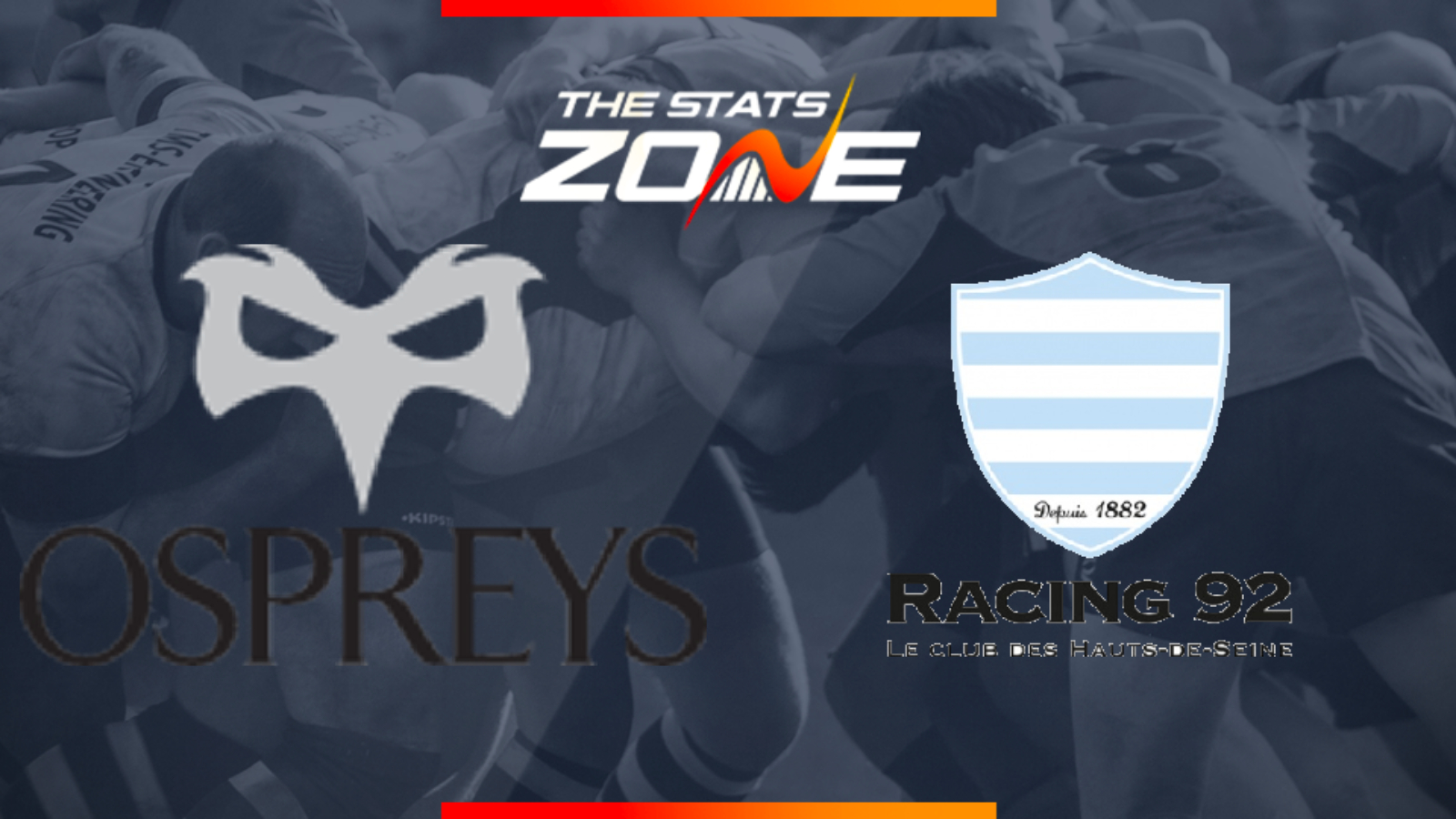 Where is Ospreys vs Racing 92 taking place? Liberty Stadium, Swansea

What is the expected weather for Ospreys vs Racing 92? 8c with rain expected

What television channel is Ospreys vs Racing 92 on? This match will be televised live on BT Sport

Where can I stream Ospreys vs Racing 92? BT Sport subscribers can stream the match live via the BT Sport website & app

Where can I get tickets for Ospreys vs Racing 92? Official club websites will have ticket information about specific games. Tickets for the 2020 Finals in Marseilles can be obtained here

What was the score in the last meeting between Ospreys and Racing 92? Racing 92 18-14 Ospreys

Ospreys will be missing some star players once again as they host Racing 92 in what looks like another difficult contest for the Welsh outfit. They have brought in former national team coach Mike Ruddock in an attempt to arrest their terrible form and he will act in an advisory role to interim coaches Carl Hogg and Matt Sherratt. His influence could prove beneficial but it is likely to take time for him to have an impact and it should not prevent the French outfit from running out big winners here.