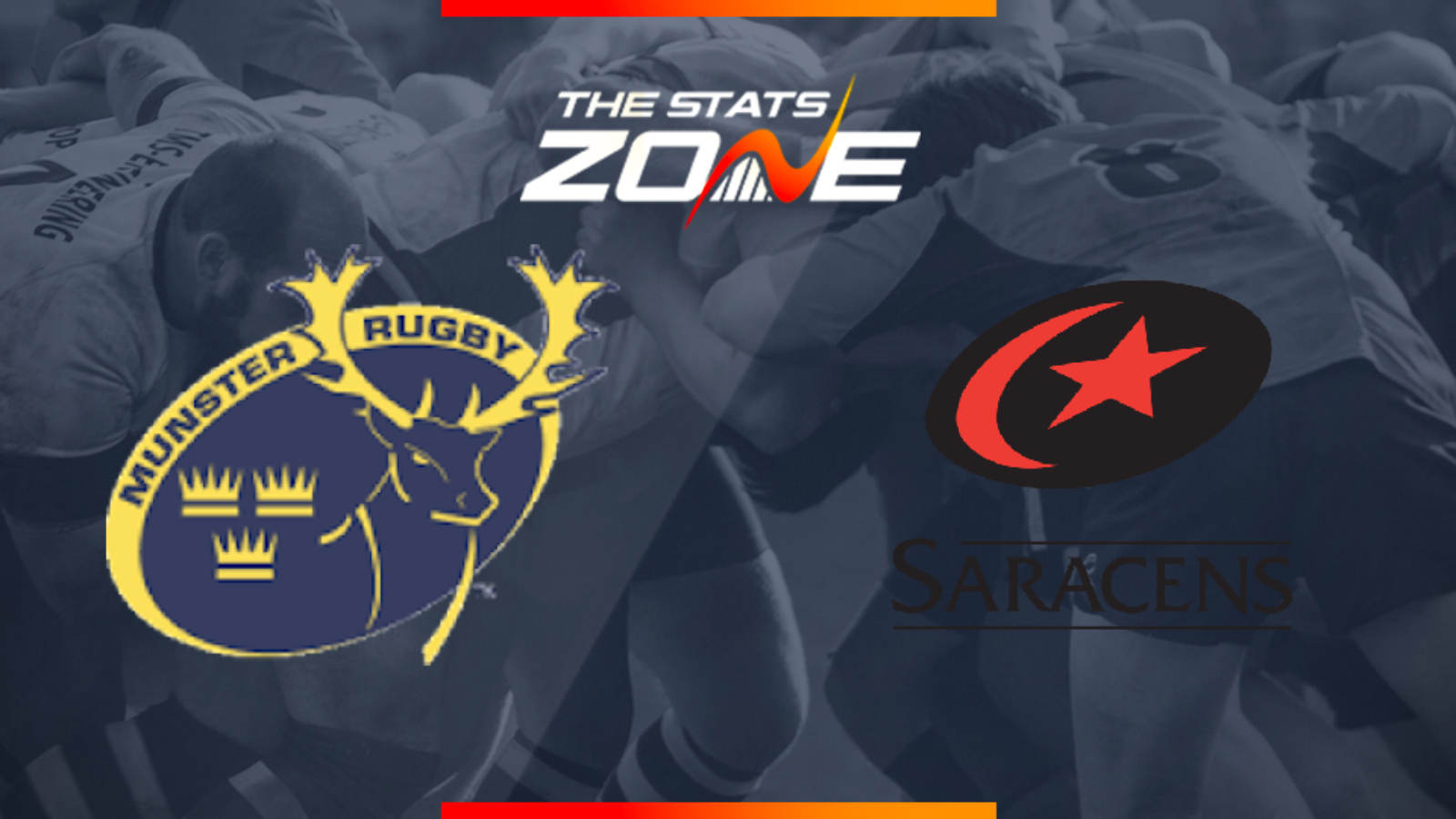 Where is Munster vs Saracens taking place? Thomond Park, Limerick

What is the expected weather for Munster vs Saracens? 10c with light rain expected

What television channel is Munster vs Saracens on? This match will be televised live on BT Sport

Where can I stream Munster vs Saracens? BT Sport subscribers can stream the match live via the BT Sport website & app

Where can I get tickets for Munster vs Saracens? Official club websites will have ticket information about specific games. Tickets for the 2020 Finals in Marseilles can be obtained here

What was the score in the last meeting between Munster and Saracens? Saracens 32-16 Munster

Owen Farrell returned to the Saracens line-up against Bath last time out and he was joined by England teammates Billy Vunipola and Maro Itoje as they made their first club appearances of the season. They joined an already formidable line-up and with a team full of internationals, they look a match for anyone in the competition. Munster will pose some problems but their lack of options at fly-half could hurt them and Saracens should be able to come out on top.