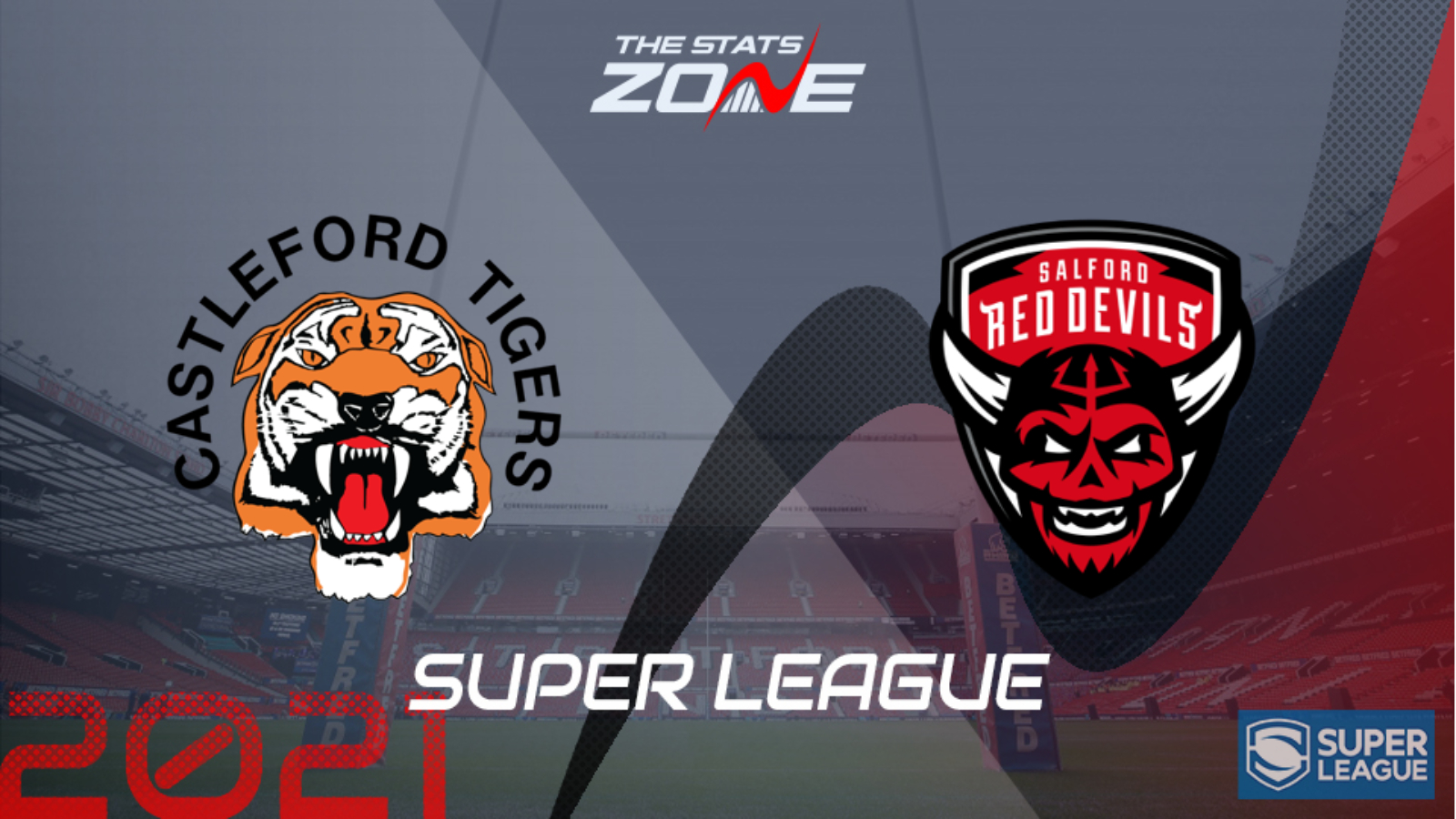 Where is Castleford Tigers vs Salford Red Devils taking place? The Mend-A-Hose Jungle

Where can I get tickets for Castleford Tigers vs Salford Red Devils? Click here for the official Super League ticket section

Both of these teams will take to the field for the first time since the back end of June after each of their last two matches were postponed. Castleford Tigers also have one eye on a date with St. Helens at Wembley next week so they could be forgiven for not being desperate to win this fixture. That is not the case for Salford Red Devils who have managed just two wins from 11 Super League matches so far this year but with some key attacking players set to be absent, it might make this a tight game with points at a premium so expect no more than 44 here.