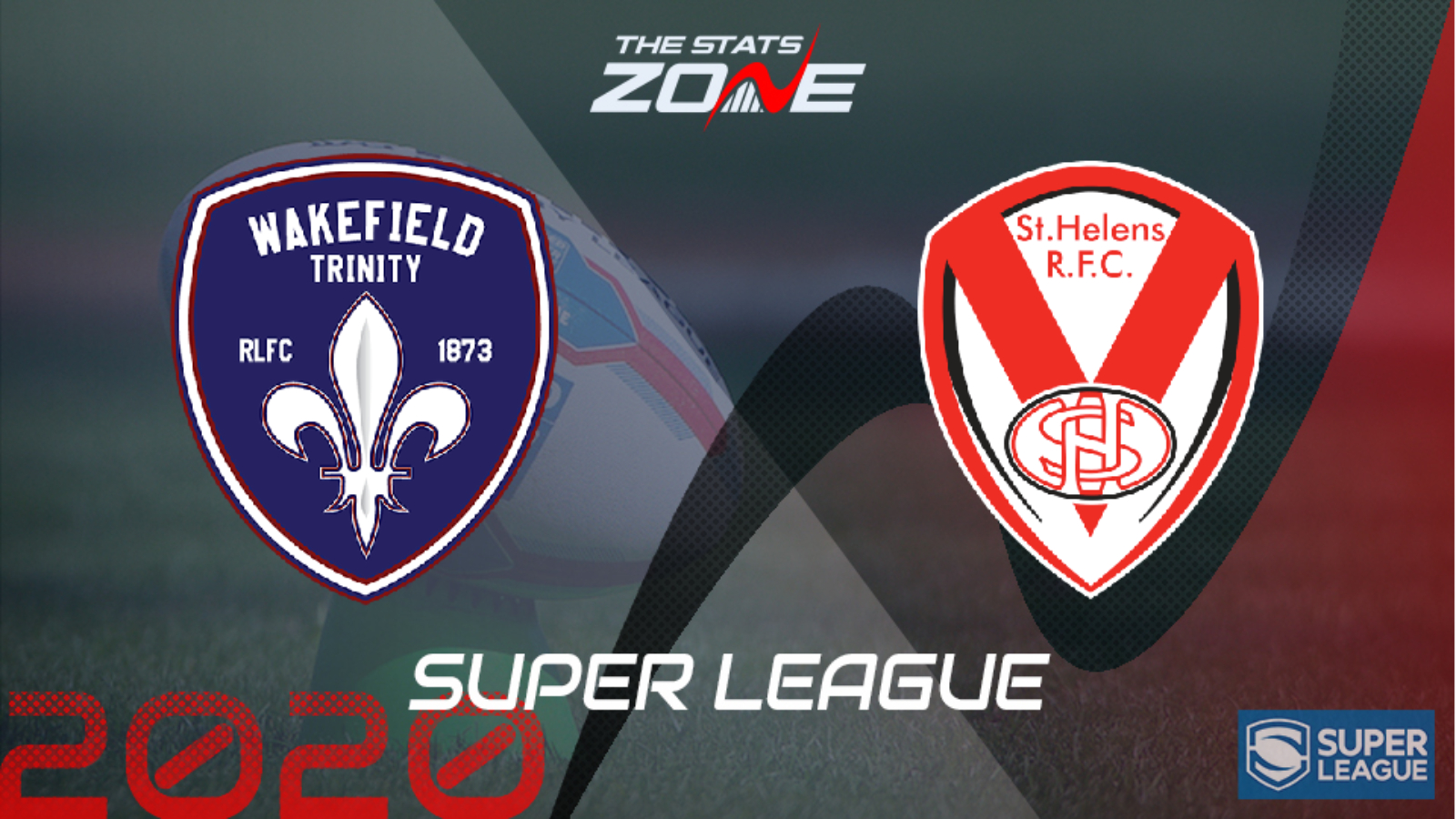 What is the expected weather for Wakefield Trinity vs St. Helens? 9c, partly cloudy

What channel is Wakefield Trinity vs St. Helens on? Sky Sports Arena

Where can I stream Wakefield Trinity vs St. Helens? Sky Sports subscribers can stream the match online via the Sky Go app

Where can I get tickets for Wakefield Trinity vs St. Helens? Click here for the official Super League ticket section

What was the outcome in the last meeting? St. Helens 26-6 Wakefield Trinity

Wakefield Trinity have struggled all season but they are now stuck in a real rut and look to be in a huge battle to avoid finishing bottom of Super League. They are yet to win following the restart and suffered a heavy loss at the hands of Catalans Dragons despite starting strongly in their clash last week. That is now eight straight losses in all competitions and face another difficult test here as they come up against reigning champions St. Helens. Saints’ form is the complete opposite to Wakefield’s having won their last seven league matches and it is difficult to envisage anything but a big win for the league leaders with the margin likely to be at least 20 points.