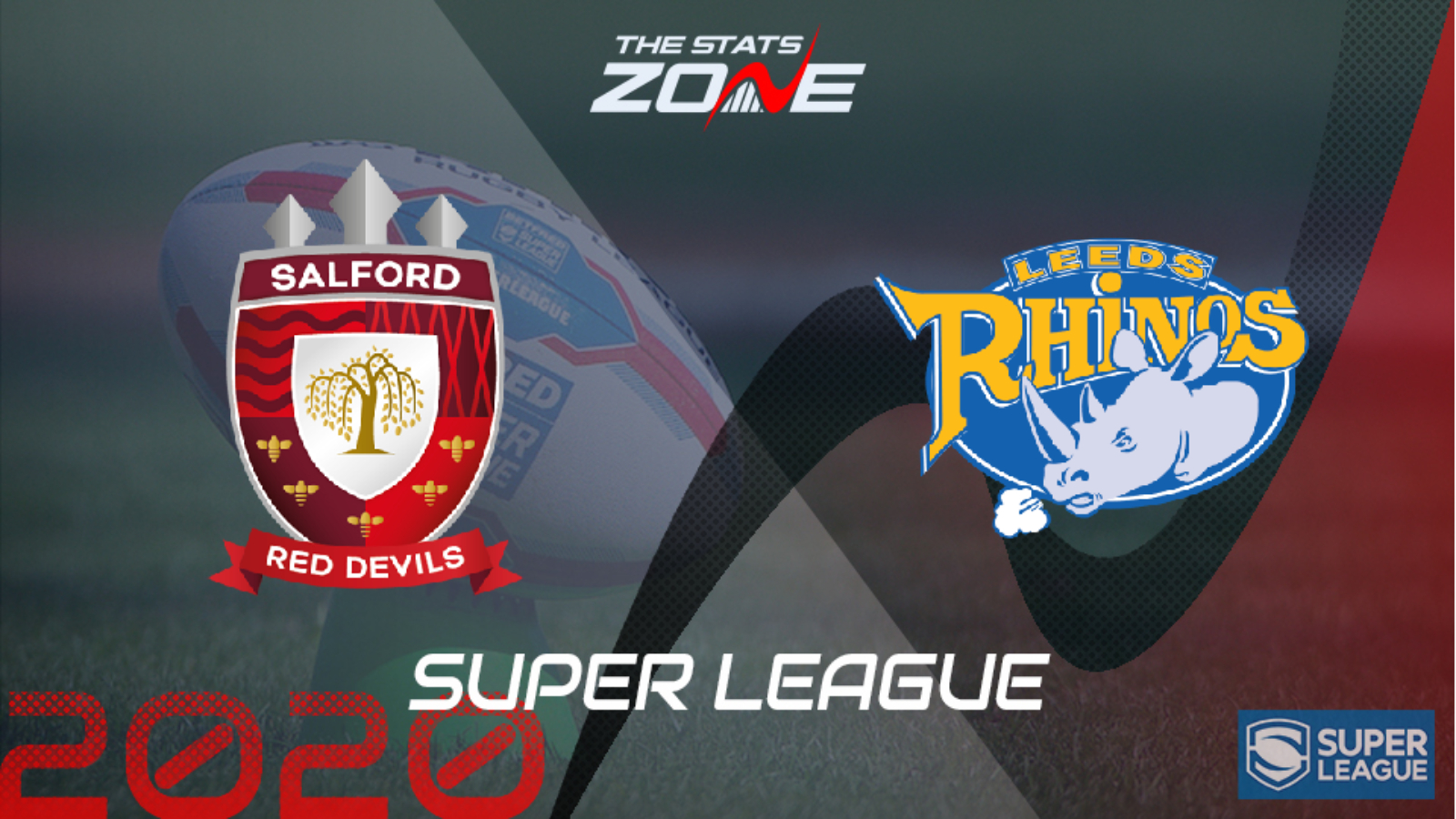 What is the expected weather for Salford Red Devils vs Leeds Rhinos? 10c in cloudy skies

Where can I get tickets for Salford Red Devils vs Leeds Rhinos? Click here for the official Super League ticket section

What was the outcome in the last meeting? Leeds Rhinos 12-20 Salford Red Devils

Salford played out a hard-fought game with Huddersfield but came out second best with Kevin Brown's moment of madness costing them. He will be suspended for this game as a result of that headbutt and that will make their task against Leeds even more difficult. The Rhinos ran riot against Hull KR last week and with confidence high following that big win, they are heavily fancied here.