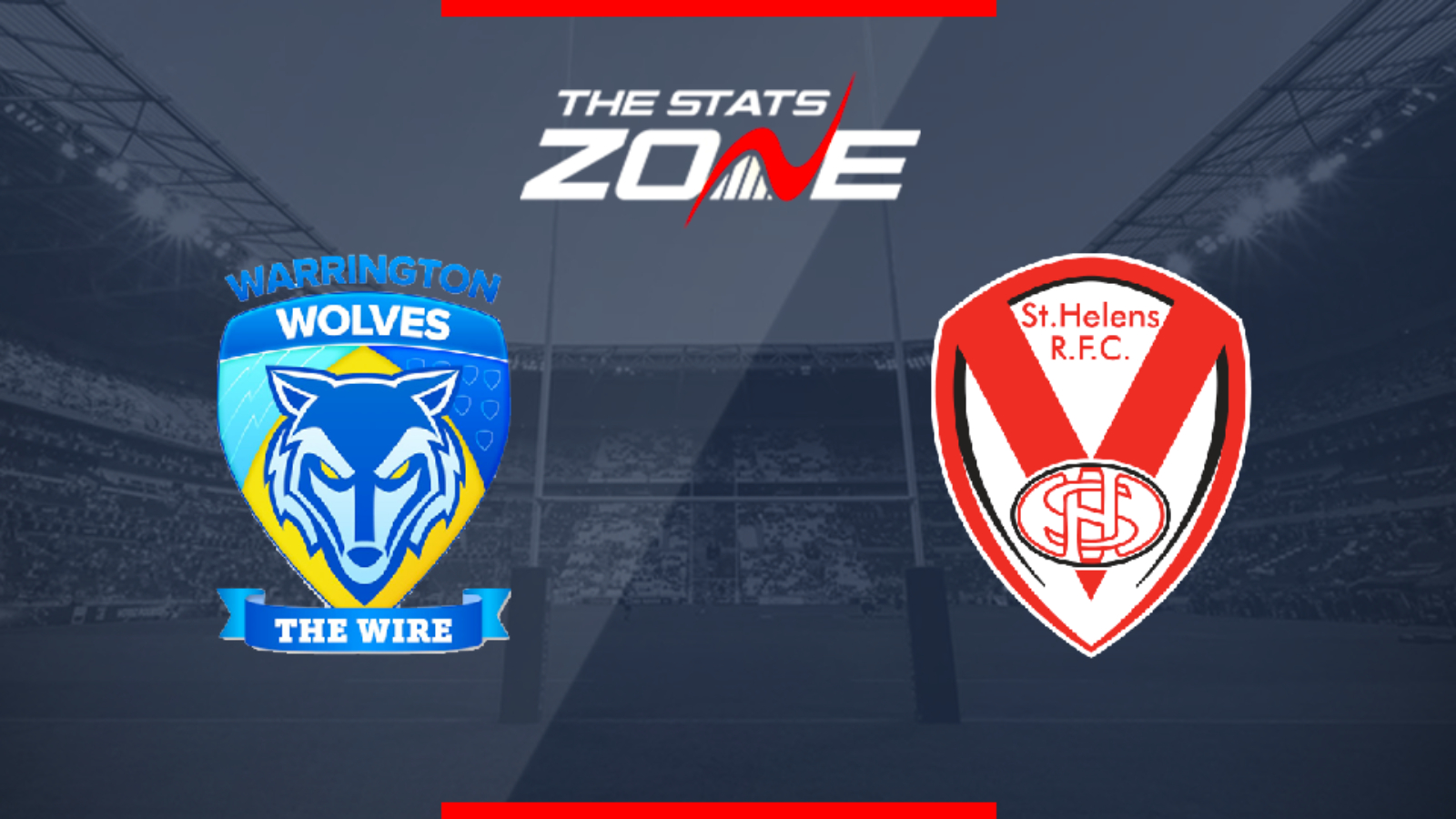 Where is Warrington Wolves vs St Helens taking place? The Halliwell Jones Stadium

What channel is Warrington Wolves vs St Helens on in the UK? This match will be televised live on Sky Sports Arena

Where can I get tickets for Warrington Wolves vs St Helens?

Warrington will have to pick themselves up after they handed the League Leaders' Shield to St. Helens following their loss to Catalans last week. They are far from secure in second place and another loss here would really place the pressure on them. They have named a weakened squad this week as they look to manage their personnel ahead of the Challenge Cup final and that should allow Saints to pick up yet another win.