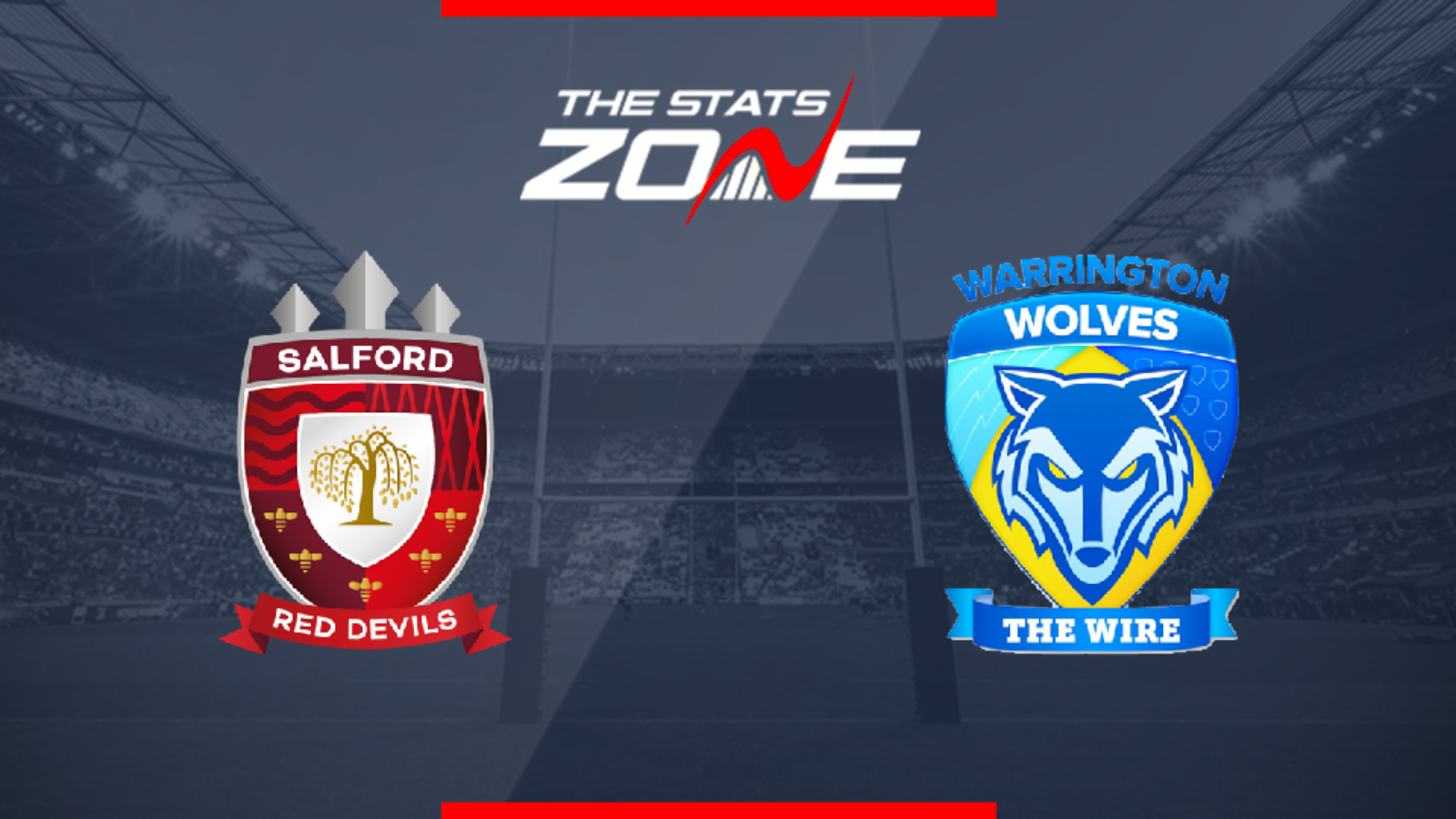 What channel is Salford Red Devils vs Warrington Wolves on in the UK? Sky Sports Arena

Where can I get tickets for Salford Red Devils vs Warrington Wolves?

Salford have defeated Warrington on both occasions that the two teams have met this season and will be confident of the hat-trick. They head into this on the back of a five-match winning streak and a week off which can see them take advantage of Warrington's short turnaround following their Challenge Cup success. The Wolves have lost five in a row in the league and whilst they may be boosted following last week’s superb display at Wembley, they may have to wait another week to reap the benefits of that effort.