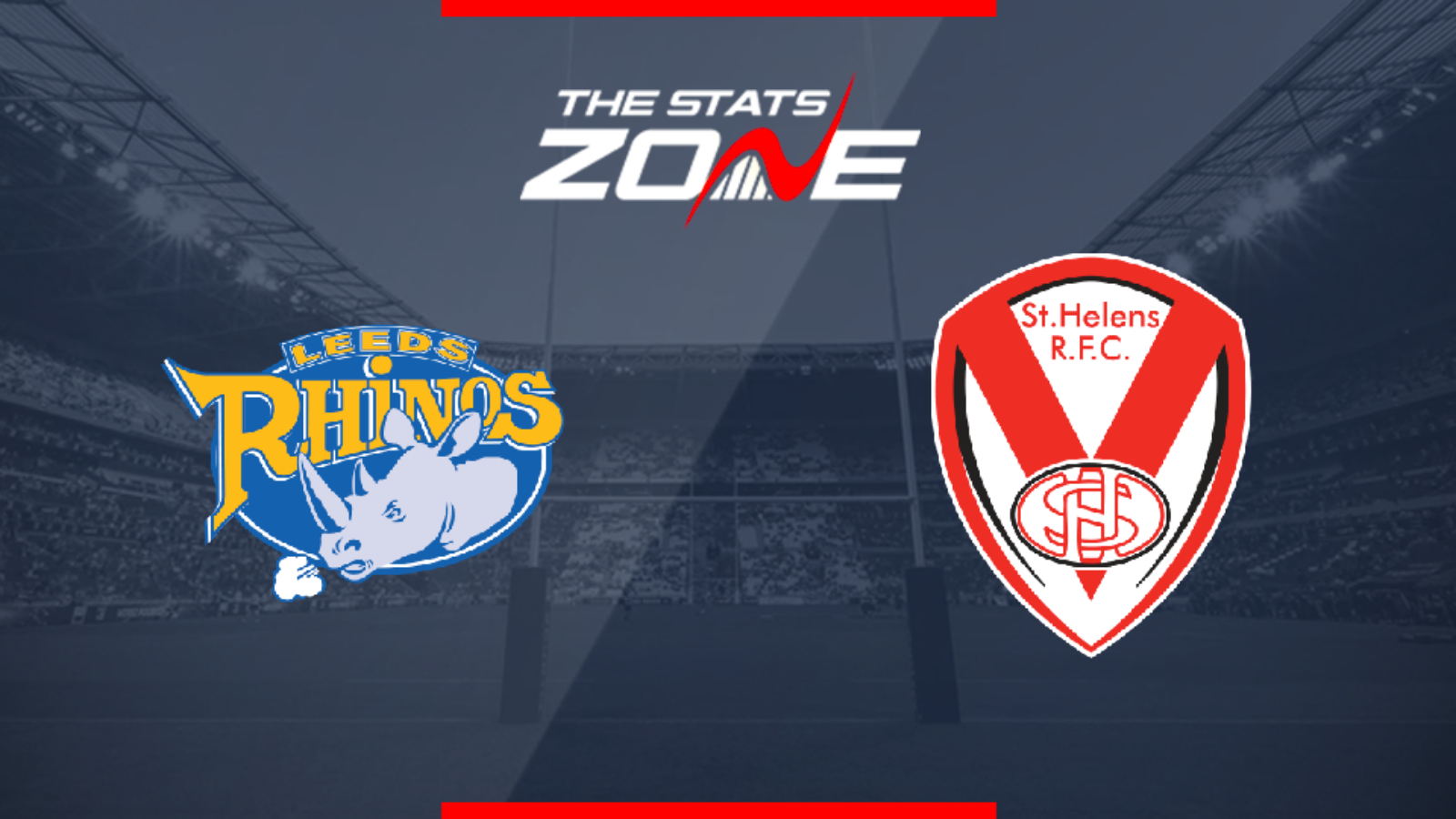 What channel is Leeds Rhinos vs St. Helens on in the UK? Sky Sports Arena

Where can I get tickets for Leeds Rhinos vs St. Helens?

Leeds are still not safe but last week's big win over Catalans moved the Rhinos a step closer to securing their Super League status. They host a St. Helens team that could be without some of their key players ahead of next week's Challenge Cup final which could open the door for the Rhinos. Whatever team Saints field will be competitive and they should still get the win but it would not be a surprise to see Leeds run them close or even turn them over.