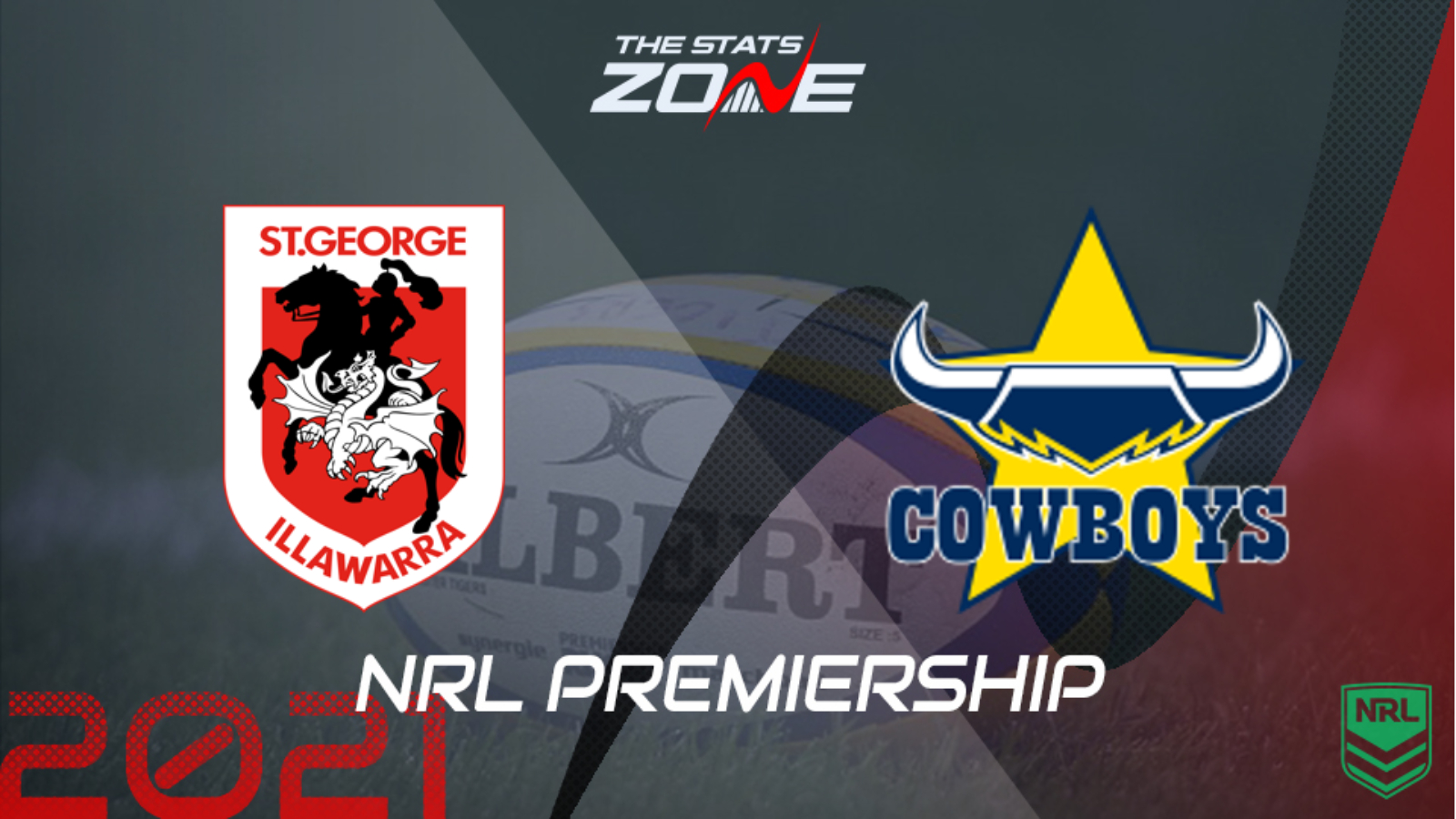 Where can I get tickets for St. George Illawarra Dragons vs North Queensland Cowboys? Click here for ticket information on 2021 NRL matches

What channel is St. George Illawarra Dragons vs North Queensland Cowboys on? Sky Sports Arena will be televising selected NRL games in the UK and you can find their schedule here. For Australian broadcasters, you can find a list here

Where can I stream St. George Illawarra Dragons vs North Queensland Cowboys? If televised on Sky Sports, then subscribers will be able to stream the match live via Sky Go. Alternatively, the match will be available to subscribers of Watch NRL

These two out-of-form teams meet with little more than pride at stake, even though St. George Illawarra Dragons can still mathematically make the top eight. They will need to win their final two matches and hope other results fall their way but it looks very unlikely for them after losing their last six. North Queensland Cowboys on the other hand have lost their last ten but while both teams are low on form, they look set to give the ball some air in a bid to end their poor records and that should result in a high-scoring contest with at least 50 points likely to be scored, although that is set to be because of their respective lack of defensive ability.