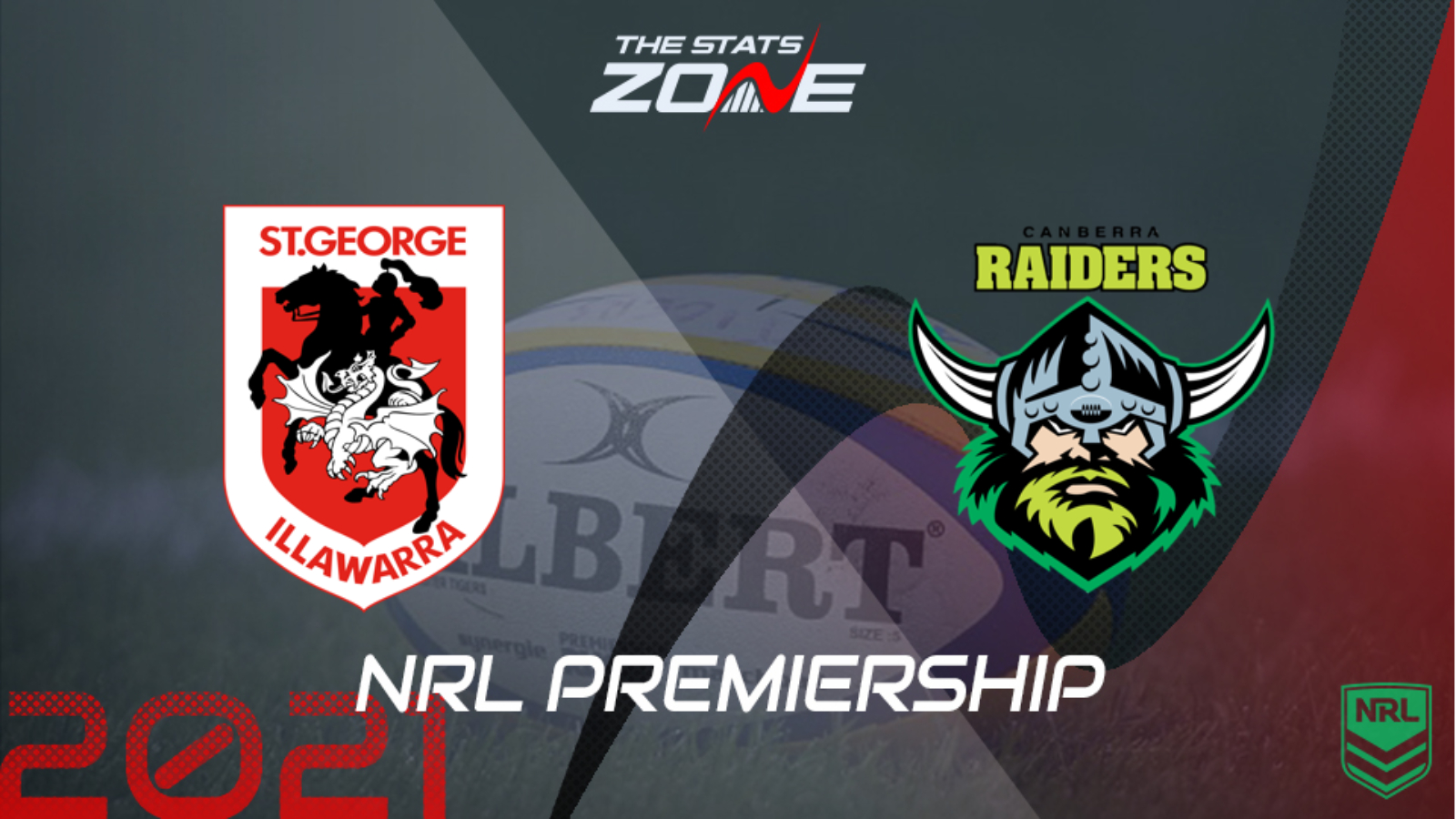 Where can I get tickets for St. George Illawarra Dragons vs Canberra Raiders? Click here for ticket information on 2021 NRL matches

What channel is St. George Illawarra Dragons vs Canberra Raiders on? Sky Sports Arena will be televising selected NRL games in the UK and you can find their schedule here. For Australian broadcasters, you can find a list here

Where can I stream St. George Illawarra Dragons vs Canberra Raiders? If televised on Sky Sports, then subscribers will be able to stream the match live via Sky Go. Alternatively, the match will be available to subscribers of Watch NRL

St. George Illawarra Dragons produced one of the worst performances of any side in the NRL so far this season and that effort against Canterbury Bulldogs last week has put their top eight spot under serious threat. They were woeful on both sides of the ball and they must show significant improvements if they are to put that defeat behind them at the first time of asking. They take on a Canberra Raiders side that have struggled over a long period but they have now won two of their last four and with a spot in the top eight now within touching distance, the away side can earn a vital win to close the gap on the teams above them.