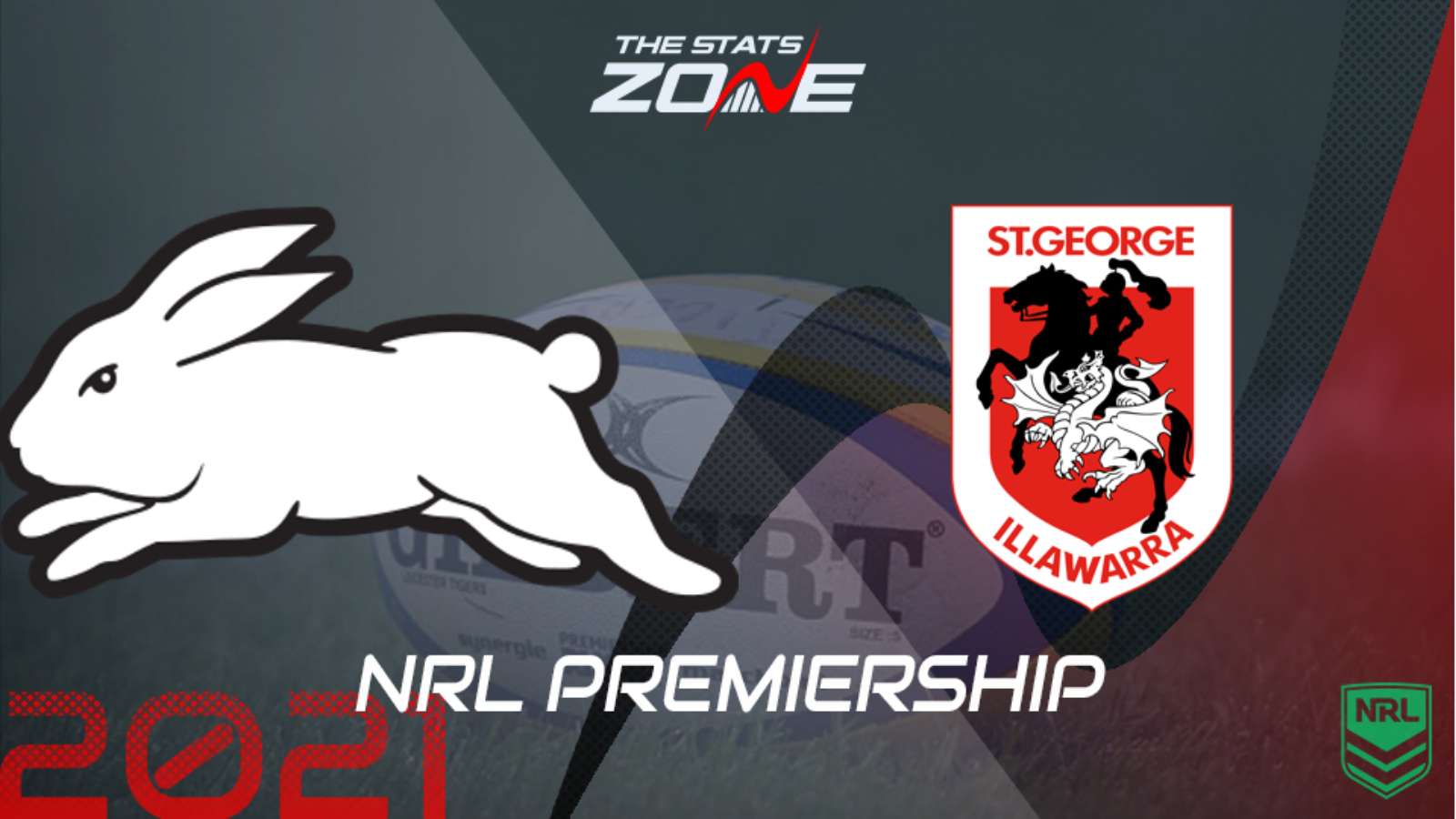 Where can I get tickets for South Sydney Rabbitohs vs St. George Illawarra Dragons? Click here for ticket information on 2021 NRL matches

What channel is South Sydney Rabbitohs vs St. George Illawarra Dragons on? Sky Sports Arena will be televising selected NRL games in the UK and you can find their schedule here. For Australian broadcasters, you can find a list here

Where can I stream South Sydney Rabbitohs vs St. George Illawarra Dragons? If televised on Sky Sports, then subscribers will be able to stream the match live via Sky Go. Alternatively, the match will be available to subscribers of Watch NRL

South Sydney Rabbitohs will hope the loss of Latrell Mitchell does not come back to haunt them after the star fullback was banned for the rest of the season following his poor challenge on Sydney Roosters’ Joey Manu last week. That was a controversial moment in an otherwise enjoyable outing in which they posted 54 points against their bitter rivals. They will head into the finals on the back of this clash with St. George Illawarra Dragons in which they will look to win for the 12th time in 13 matches but they have named an under-strength side for this clash. However, the Dragons have lost seven in a row and their lack of confidence could prevent them from coming out on top here with the Rabbits able to come out on top to make it seven successive victories over their opponents.