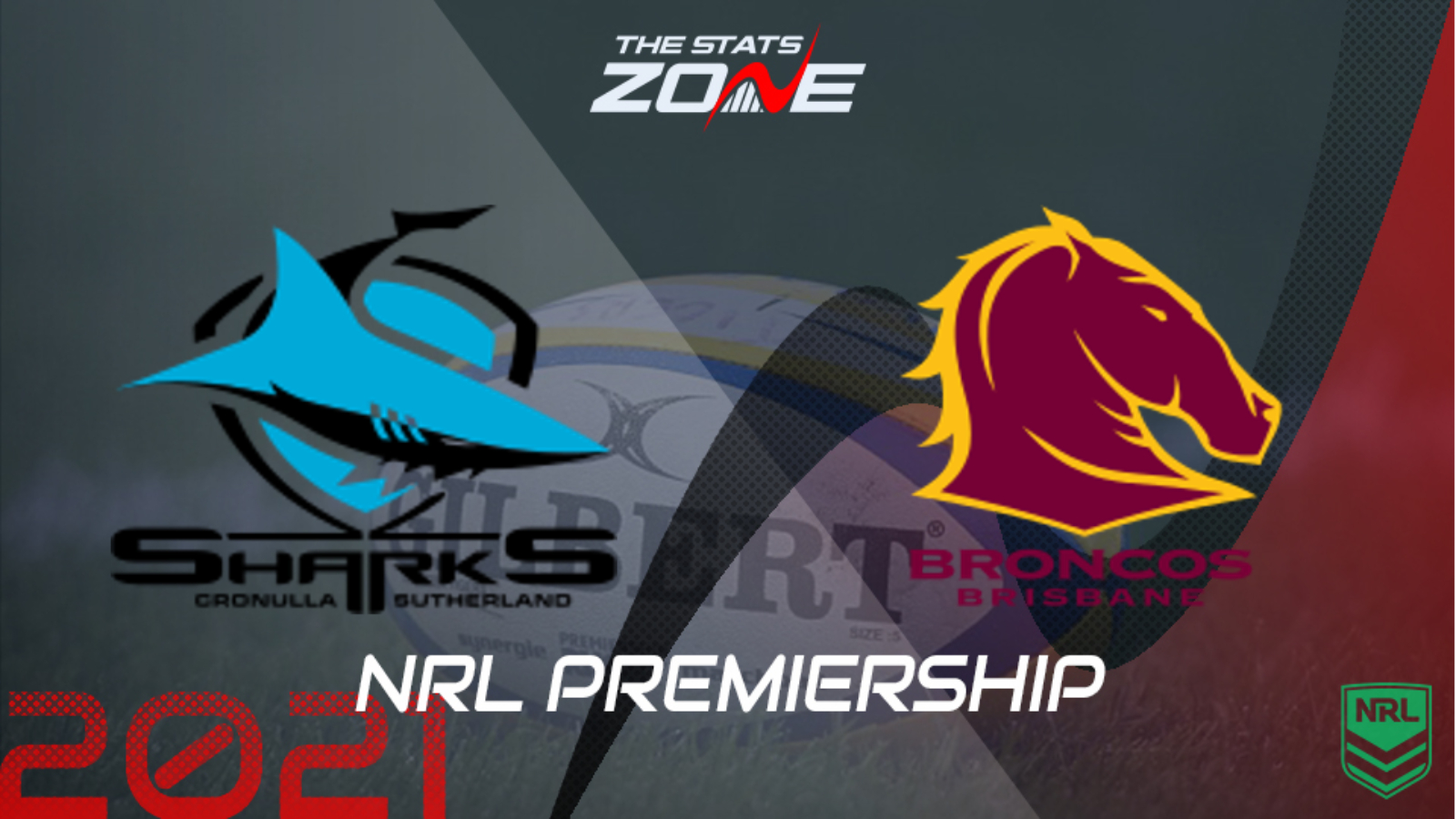 Where can I get tickets for Cronulla Sharks vs Brisbane Broncos? Click here for ticket information on 2021 NRL matches

What channel is Cronulla Sharks vs Brisbane Broncos on? Sky Sports Arena will be televising selected NRL games in the UK and you can find their schedule here. For Australian broadcasters, you can find a list here

Where can I stream Cronulla Sharks vs Brisbane Broncos? If televised on Sky Sports, then subscribers will be able to stream the match live via Sky Go. Alternatively, the match will be available to subscribers of Watch NRL

Cronulla Sharks come into this contest just outside of the top eight but they know that their finals fate is in their own hands. They earned a confidence-boosting success over Wests Tigers last week but will need to back it up to move back into the eight. They come up against a Brisbane Broncos side that defeated them earlier in the season and also secured a win last week thanks to seeing off New Zealand Warriors. The Broncos have shown some good signs of late and should be competitive again but the Sharks’ desperation should be enough to see them get the job done.