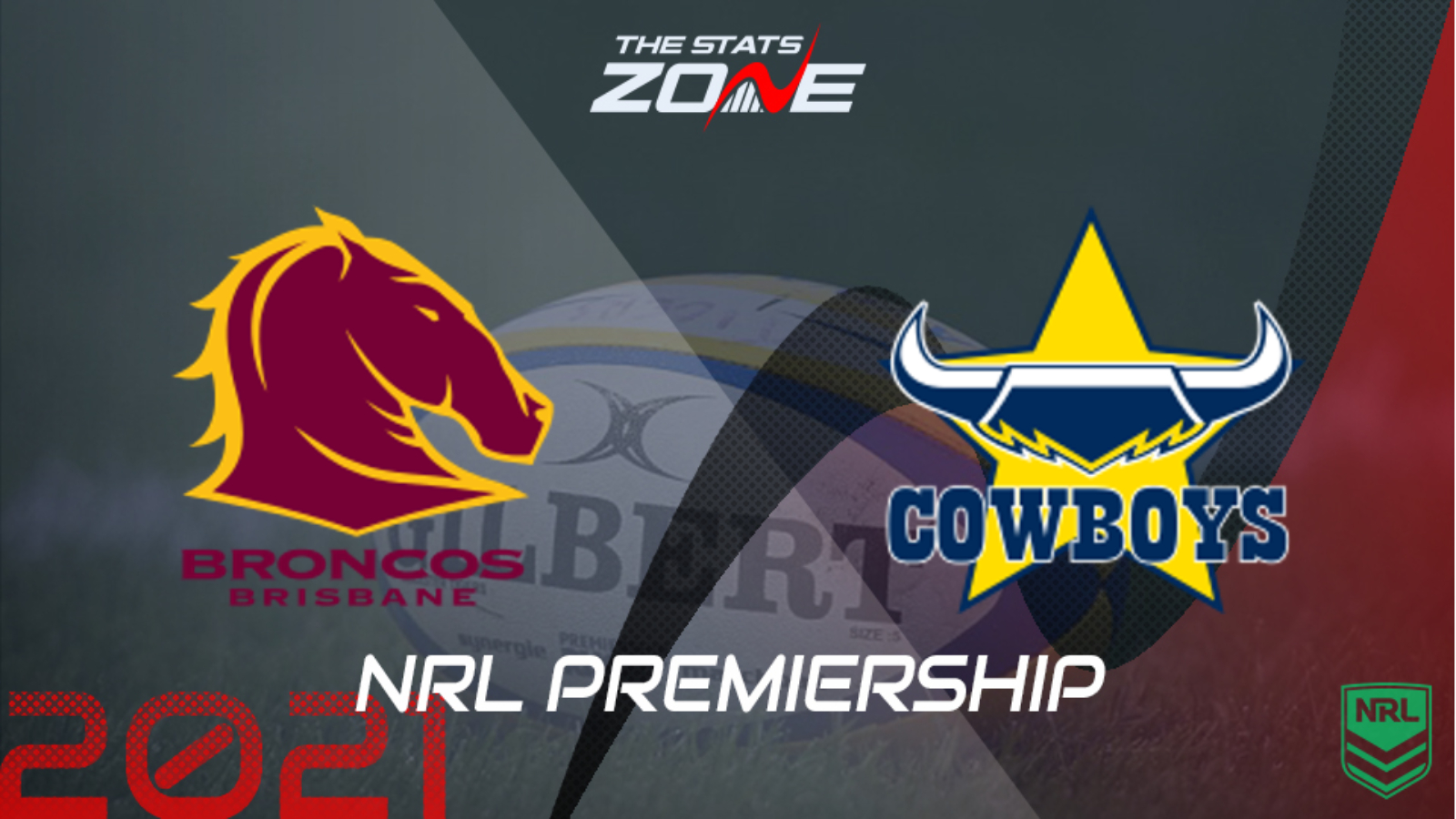 Where can I get tickets for Brisbane Broncos vs North Queensland Cowboys? Click here for ticket information on 2021 NRL matches

What channel is Brisbane Broncos vs North Queensland Cowboys on? Sky Sports Arena will be televising selected NRL games in the UK and you can find their schedule here. For Australian broadcasters, you can find a list here

Where can I stream Brisbane Broncos vs North Queensland Cowboys? If televised on Sky Sports, then subscribers will be able to stream the match live via Sky Go. Alternatively, the match will be available to subscribers of Watch NRL

Brisbane Broncos and North Queensland Cowboys are likely to have nothing more than pride at stake as they do battle here in this Queensland derby. The pair are struggling at the wrong end of the ladder and they each come into this on the back of some poor showings of late. However, they both did at least show some character their respective losses to Penrith Panthers and Melbourne Storm last week. There is little to split the two if they both perform like that again but preference is just for the Broncos having won seven of their last nine matches against the Cowboys at Suncorp.