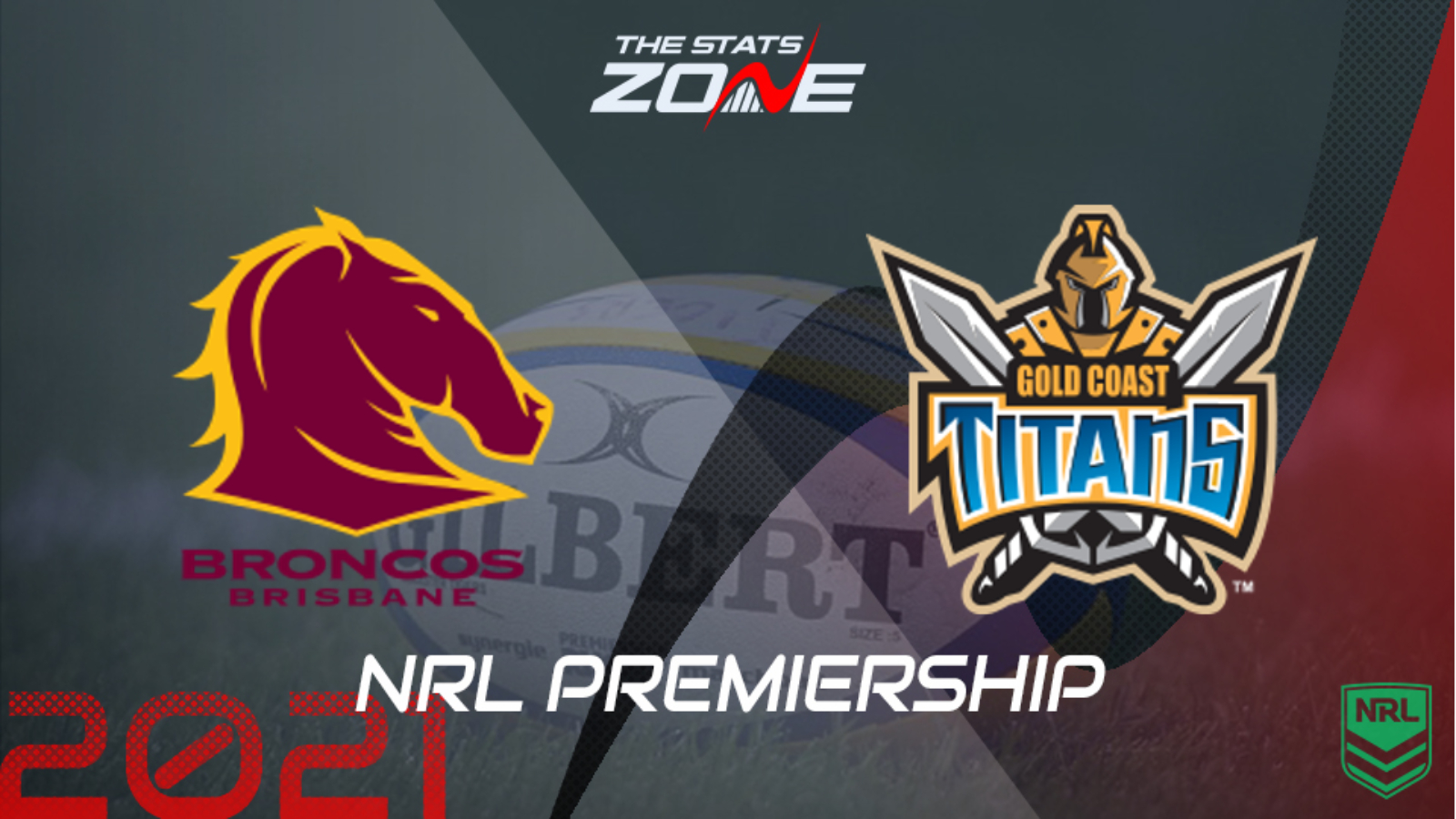 Where can I get tickets for Brisbane Broncos vs Gold Coast Titans? Click here for ticket information on 2021 NRL matches

What channel is Brisbane Broncos vs Gold Coast Titans on? Sky Sports Arena will be televising selected NRL games in the UK and you can find their schedule here. For Australian broadcasters, you can find a list here

Where can I stream Brisbane Broncos vs Gold Coast Titans? If televised on Sky Sports, then subscribers will be able to stream the match live via Sky Go. Alternatively, the match will be available to subscribers of Watch NRL

Brisbane Broncos will have a new-look halves pairing for this clash with Queensland rivals Gold Coast Titans but even if they click, it only helps one part of their game with last week’s defensive showing leaving a lot to be desired. They were fortunate not to concede more than the 46 they allowed against Parramatta Eels and with Gold Coast posting 30 last week, the hosts could have a big task on their hands here. The Titans have also struggled defensively having shipped 76 points in their last two games but their ability with the ball should be too much for the Broncos to handle here in what would be a fourth straight victory over their rivals.