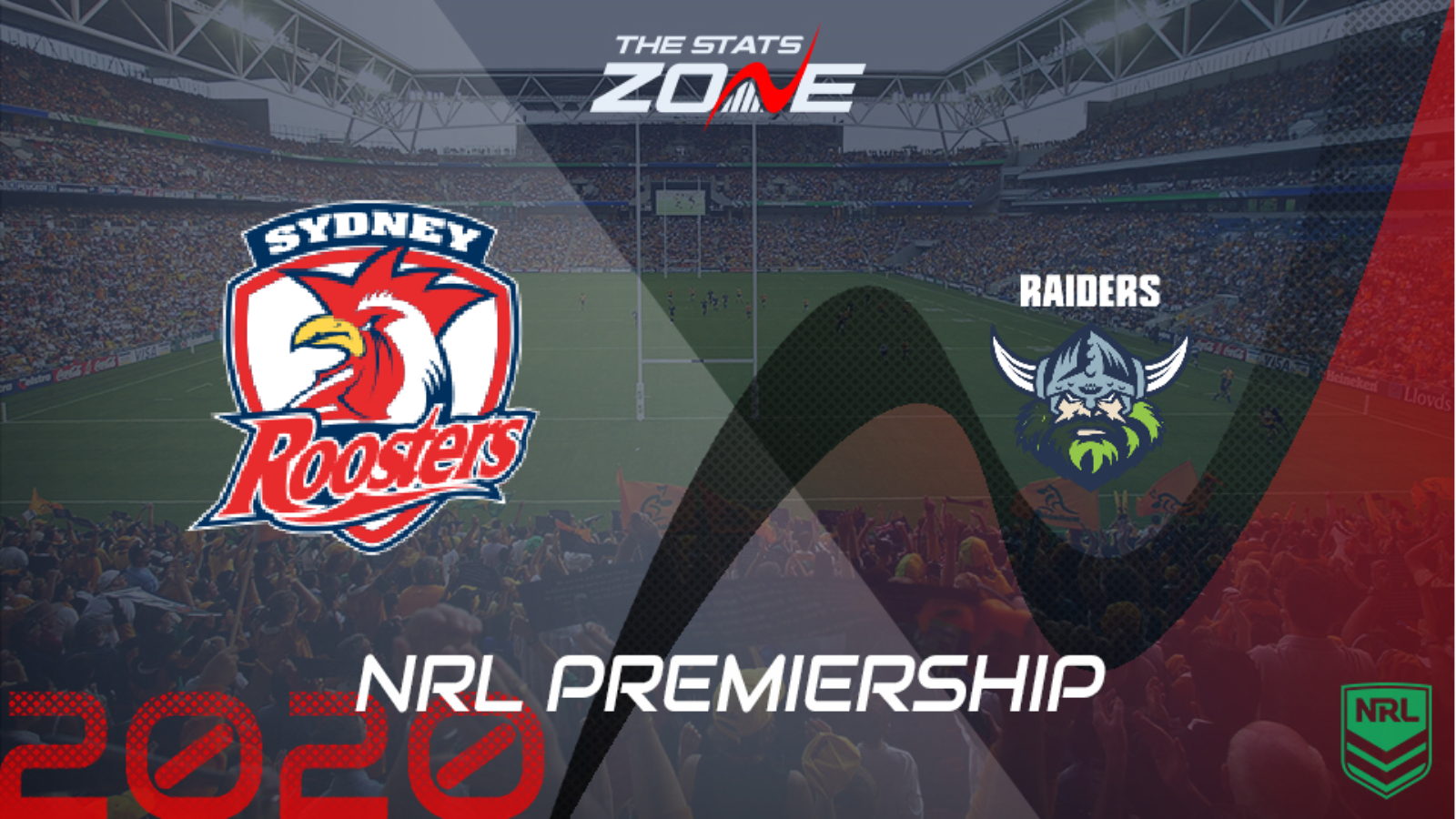 What is the expected weather for Sydney Roosters vs Canberra Raiders? 14c, mostly cloudy

What channel is Sydney Roosters vs Canberra Raiders on? Sky Sports Arena will be televising selected NRL games in the UK and you can find their schedule here. For Australian broadcasters, you can find a list here

Where can I stream Sydney Roosters vs Canberra Raiders? If televised on Sky Sports, then subscribers will be able to stream the match live via Sky Go. Alternatively, the match will be available to subscribers of Watch NRL

Where can I get tickets for Sydney Roosters vs Canberra Raiders? Click here for ticket information on 2020 NRL matches

Sydney Roosters narrowly defeated Canberra Raiders in last year’s Grand Final as they retained the Premiership but both teams will come into this rematch with some key men on the sidelines. The Roosters will be boosted by getting some troops back this week but the Raiders will have to cope with the absence of Josh Hodgson which is a significant blow. The Roosters have won six of their last seven matches and are scoring points for fun which spells trouble for a Raiders side that have missed more tackles than every team in league but two so far this season and the Tricolours should be able to capitalise on that to win this by at least 10 points.