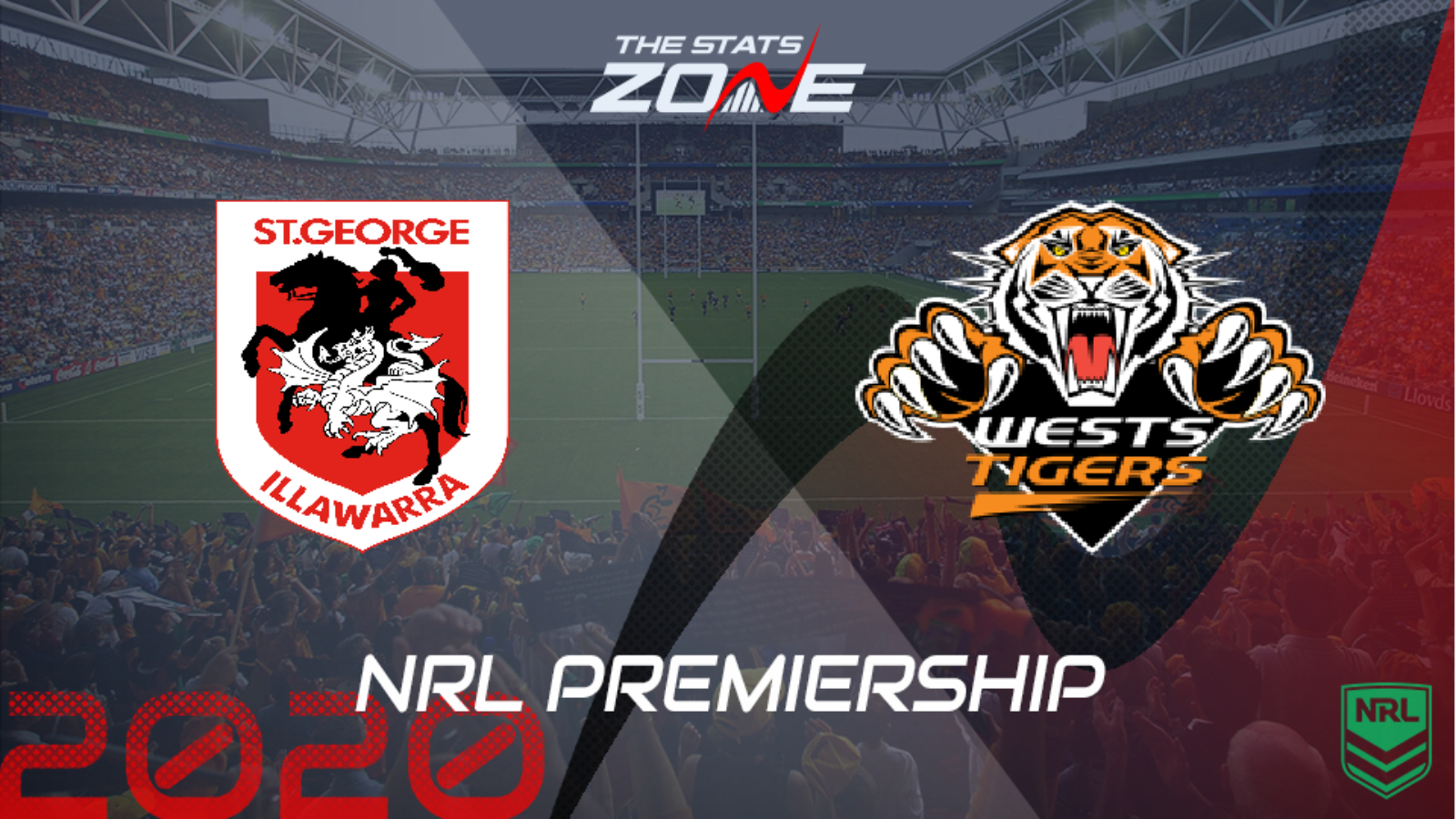 What is the expected weather for St. George Illawarra Dragons vs Wests Tigers? 18c with some showers expected

What channel is St. George Illawarra Dragons vs Wests Tigers on? Sky Sports Arena will be televising selected NRL games in the UK and you can find their schedule here. For Australian broadcasters, you can find a list here

Where can I stream St. George Illawarra Dragons vs Wests Tigers? If televised on Sky Sports, then subscribers will be able to stream the match live via Sky Go. Alternatively, the match will be available to subscribers of Watch NRL

Where can I get tickets for St. George Illawarra Dragons vs Wests Tigers? Click here for ticket information on 2020 NRL matches

Wests Tigers will be targeting the finals this season after narrowly missing out last year. They showed some great signs last season but need more consistency from some of their players if they are to better last year’s ninth place. They head to St. George here who massively underachieved last season and head coach Paul McGregor’s job could be on the line if his side do not start well. Both teams will fancy their chances of coming out on top of this opening contest but in what could be difficult conditions to play in, Wests should edge a low-scoring game that is likely to go under 42.5 points.