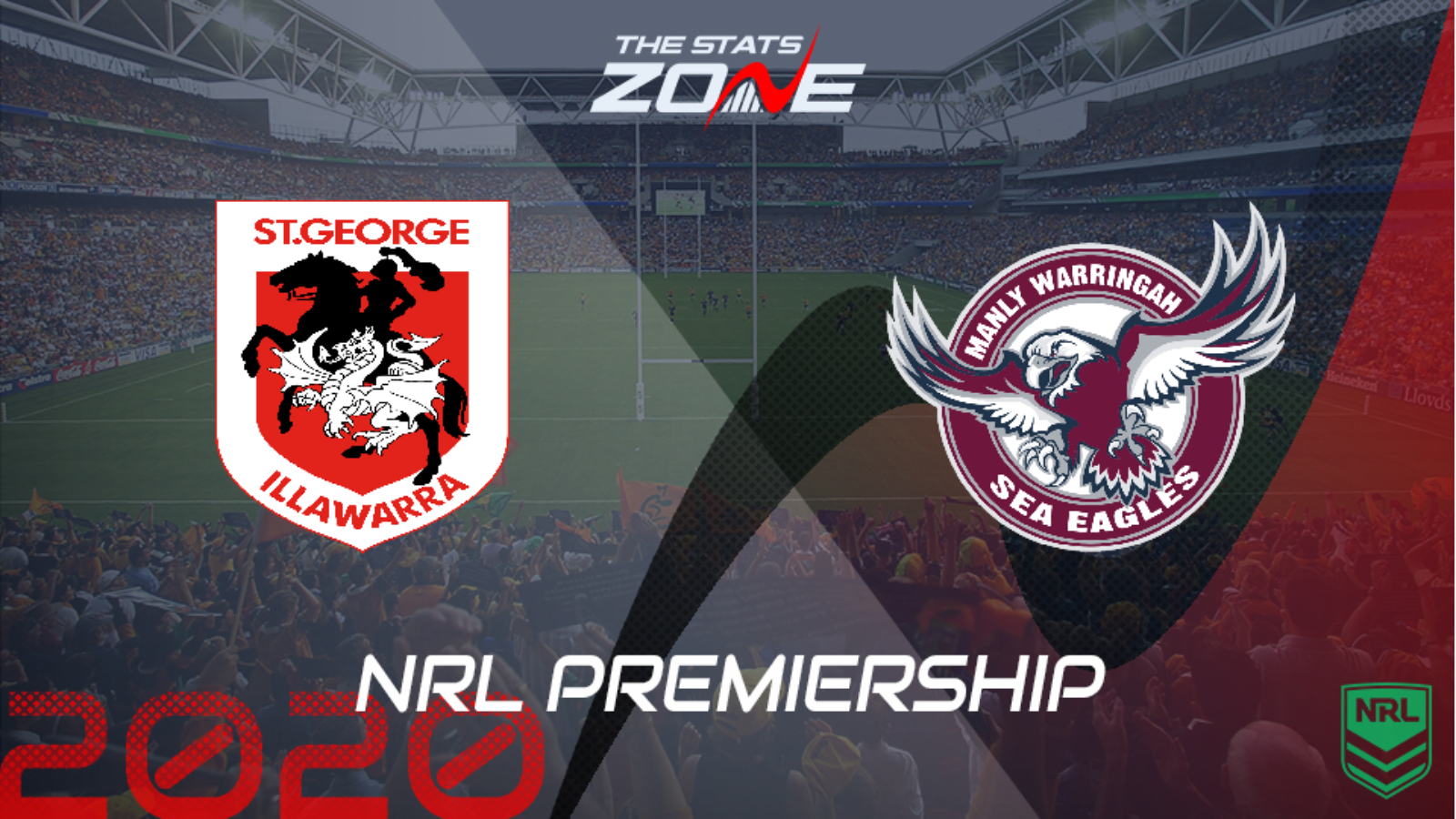 What channel is St. George Illawarra Dragons vs Manly Sea Eagles on? Sky Sports Arena will be televising selected NRL games in the UK and you can find their schedule here. For Australian broadcasters, you can find a list here

Where can I stream St. George Illawarra Dragons vs Manly Sea Eagles? If televised on Sky Sports, then subscribers will be able to stream the match live via Sky Go. Alternatively, the match will be available to subscribers of Watch NRL

Where can I get tickets for St. George Illawarra Dragons vs Manly Sea Eagles? Click here for ticket information on 2020 NRL matches

St. George Illawarra Dragons and Manly Sea Eagles were both on the end of losses last week but one side will be happier with their efforts than the other. The Dragons put in a gutsy display on the road and just fell short in their attempt to overturn a 22-point deficit while the Sea Eagles suffered from poor execution as they failed to come out on top of a narrow contest. The Sea Eagles are missing some key players and with Addin Fonua-Blake joining that list, the Dragons can cause an upset in this one to make it five wins from their last six games with Manly.